How Can Schools Recruit More Sports Officials? This Class At IUPUI Has Some Ideas 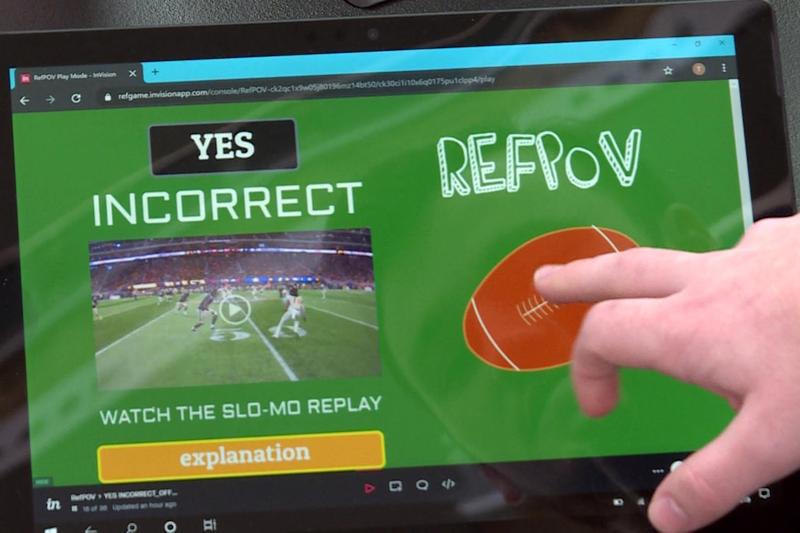 One group pitched a new training tool, that uses footage taken from an official's point of view. (Jeanie Lindsay/IPB News)

Athletics programs around the state and country are facing a shortage of school sports officials, and a class of students at IUPUI in Indianapolis is trying to tackle the problem by sharing possible solutions to different elements of the problem.

The group of sport management majors based their ideas on peoples’ lived experiences, using what’s called a “human-centered design” approach. It’s a type of research being used increasingly in higher education and beyond.

Professor David Pierce leads the class. He says this approach makes for better, stronger solutions, and can be used in any area.

“Human-centered design is an important approach that students should be exposed to as a way to creatively solve wicked problems in whatever industry,” he says.

Pierce says students become more competitive compared to other graduates as they become more familiar with human-centered design concepts. He says it connects students with stakeholders in the field they hope to move into after graduation, while proposing realistic solutions addressing ongoing, widespread problems.

“It’s the ability of our students with young minds and innovative ways of thinking they have just as much ability to bring the right solution to the table as someone with a really big title,” he says.

Pierce says one group in his class already has plans to bring their solution to life. The group plans to partner with Brookside Community Development and begin a sports officiating training program for youth in the area.