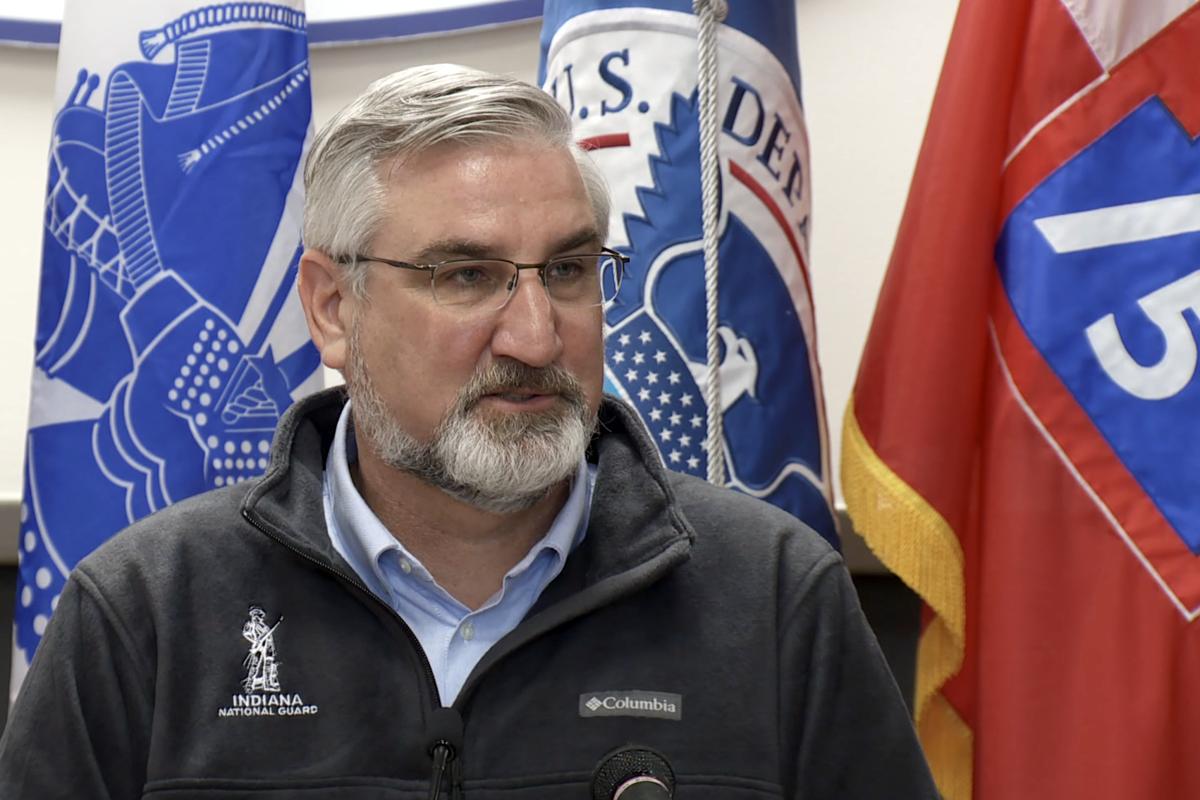 The National Guard base has been a temporary home for some 7,200 people who fled Afghanistan after the collapse of Kabul.

“We have never on Hoosier soil carried out something to this size and this scope,” Holcomb said. “I anticipate this winding down by the end of the year, but we’re gonna be here as long as we need to.”

To meet the end of the year goal, the camp would need to approve roughly 600 people a week.

About 4,100 evacuees are still waiting to begin their lives off base. Just over 700 were approved to leave last week; another 700 are expected to get ok’d next week.

READ MORE: An inside look at life at Camp Atterbury

Aaron Batt, the Department of Homeland security official assigned to Camp Atterbury, said the holidays could impact the end-of-the-year timeline.

Of the eight military installations assisting with Afghan resettlement, Camp Atterbury is fourth on the list to close. Fort Lee, Virginia is the only base to close so far.

719 evacuees are expected to settle in Indiana, though they might not be from Camp Atterbury.

About 250 have settled in the state so far. According to Batt, the evacuees have settled in Muncie, Bloomington, Hammond, Indianapolis, South Bend, Fort Wayne and Terre Haute, with Evansville as another potential location.