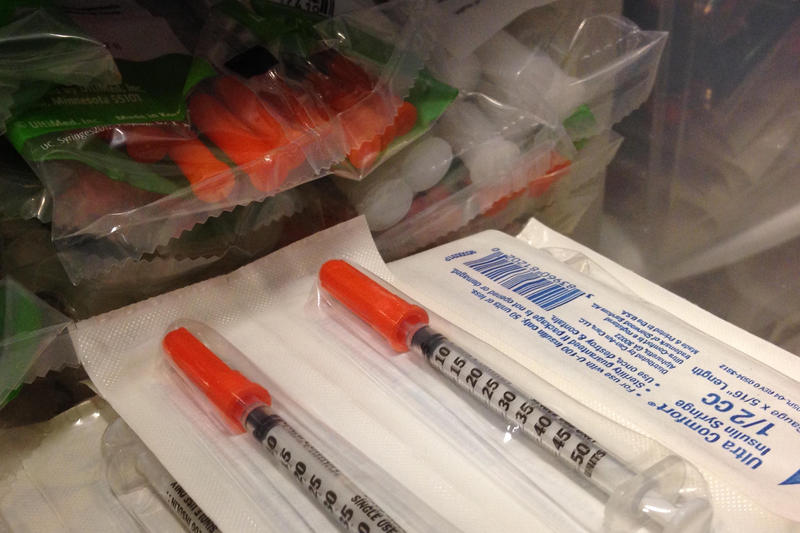 If legislators do not move to retain the exchanges, they’ll be eliminated starting July 2021.

Carrie Lawrence is a research scientist at the Indiana University School of Public Health. She’s also the associate director for the Rural Center for AIDS/STD Prevention and was on the ground in Scott County during the HIV outbreak there in 2015. She advocates for the positive public health effects of needle exchanges.

She says she couldn’t believe the news when she first heard it.

“My initial reaction was I was devastated,” Lawrence says. “Because it took us so long to get there. And I would just hate to see another outbreak occur of any type, and would hate to see Indiana’s overdose rates continue to rise.”

Lawrence says a lot of the time, detractors say needle exchanges are a bad idea because they act as a sort of “starter kit” for drug users.

But research from the Centers for Disease Control and prevention shows needle exchanges help reduce the spread of infectious diseases like HIV by providing people with clean syringes.

“In public health, the whole purpose is around protecting the public’s health,” Lawrence says. “And sometimes that means that we take approaches that are not easy [and] may seem to be difficult to grapple with.”

She says public health must be the priority.

“And so, I think it’s more about really being able to kind of put our morals aside, look, and really encouraging the evidence-based approach to prevent another Scott County,” she says.