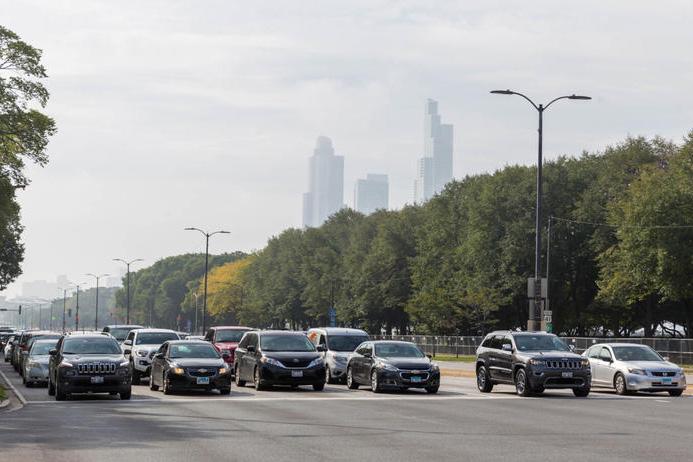 Chicago traffic at an intersection in 2019. The only four counties in Indiana that don't meet federal ozone standards are near major cities like Chicago. (Marco Verch/Flickr)

Two groups plan to sue the Environmental Protection Agency for delaying action to reduce smog in some of the most polluted metro areas in the country — including northwest Indiana near Chicago. The Center for Biological Diversity and the Center for Environmental Health gave notice of their suit to the EPA last week.

Smog, also known as ozone pollution, is mostly caused by cars burning gasoline, but can also come from coal plants and factory pollution. It can exacerbate health problems like asthma or even cause premature death — especially for lower-income Hoosiers who may not have access to good medical care.

Robert Ukeiley is an attorney for one of the plaintiffs, the Center for Biological Diversity. He said Indiana and eight other states failed to submit their plans of how they’ll reduce smog in these metro areas to the EPA, and when that happens.

“EPA has to step in and create its own plan on how to—how to clean up the smog," Ukeiley said.

But Ukeiley said the EPA can’t start on its plan until it makes a formal finding that the states didn’t create their own — and the agency has missed multiple deadlines to do that. He said these plans generally include reducing the amount of pollution from sources like factories, but it can also include more innovative solutions too.

“Encouraging people to switch to cleaner cars and making sure that there’s infrastructure in place like electric car charging stations," Ukeiley said.

The EPA has less than 60 days to respond to the lawsuit notice from the environmental groups.