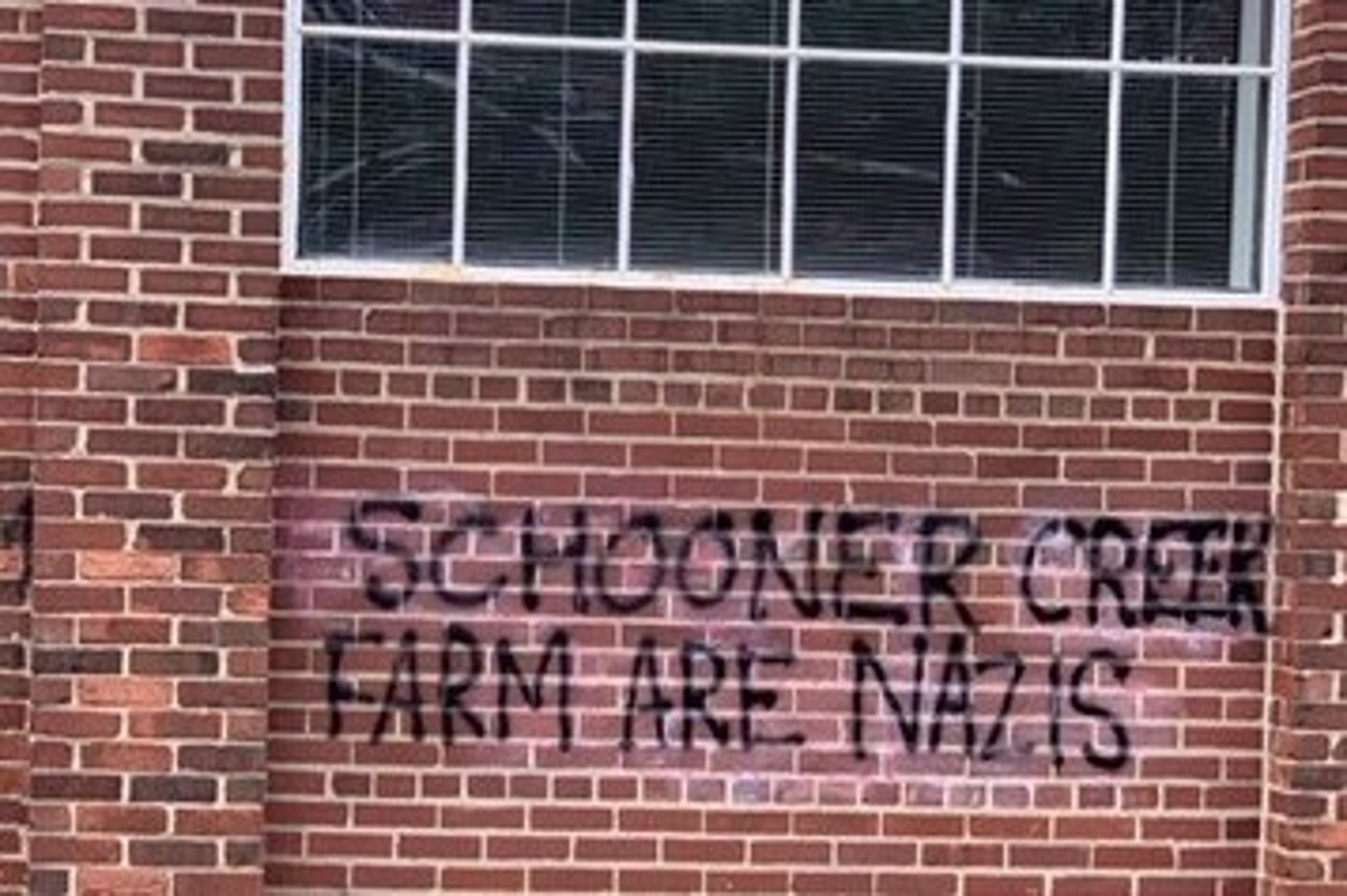 Graffiti scrawled on the outside of the old Johnson Creamery near the Bloomington Community Farmers' Market, July 27, 2019. (Courtesy of David Novak)

Bloomington Police say someone spraypainted "Schooner Creek Farm Are Nazis" on the side of the old Johnson Creamery.

BPD Captain Ryan Pedigo says vandals spraypainted the phrase in eight places on the side of the building facing the farmers' market. It was first reported around 7:00 a.m. Saturday.

A couple hours later, an IU professor was arrested for protesting in front of Schooner Creek's booth at the Bloomington Farmers' Market.

Cara Caddoo was arrested for trespassing after police told her multiple times to move to the free speech area outside of the market. Caddo’s attorney says charges were never brought against her.

The owners of Schooner Creek, Sarah Dye and Doug Mackey have been linked to neo-Nazi groups.

City officials are planning a press conference Wednesday to address the ongoing issues at the market.

Pedigo says the graffiti incident is still under investigation. Investigators are trying to determine if surveillance cameras may have captured the incident.

The graffiti has been washed away.