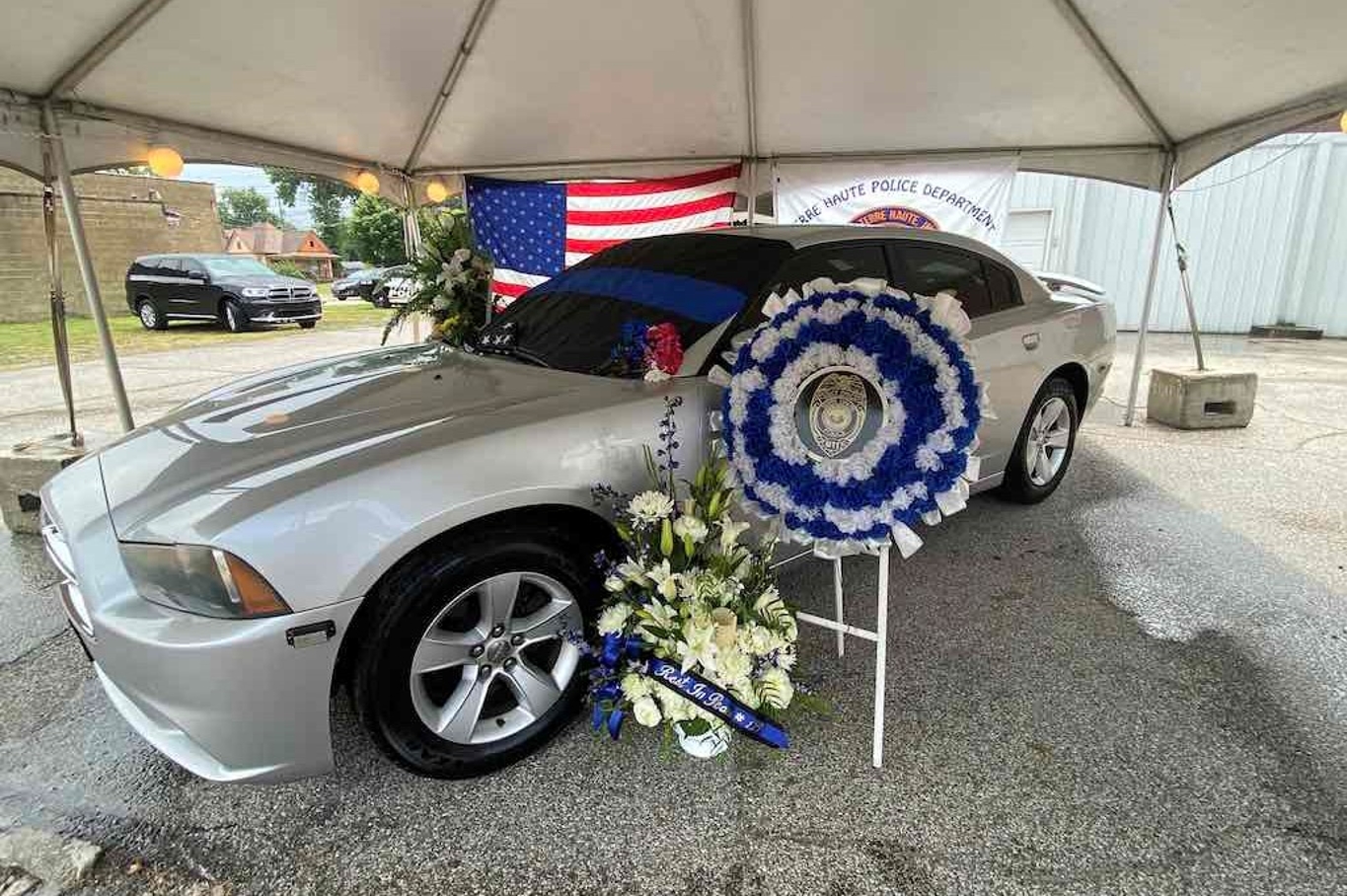 The funeral procession for Greg Ferency, the Terre Haute police detective killed last week outside an FBI office, is scheduled for tomorrow at 2 p.m.

Processional route for Det. Ferency after Tuesday's services has been set:

Procession will start at 9th and Cherry. South on 9th to Wabash. East on Wabash to Calvary Cemetery.

The procession should start around 2 pm

The procession will leave from the Hulman Center and stop at the Terre Haute Police Department for Det. Ferency’s final 10-42, the code is used in funeral proceedings when an officer is killed in the line of duty.

The procession will end at Calvary Cemetery.

Detective Ferency’s route to his final resting place will be as noted. Procession will start at 9th and Cherry. South on 9th to Wabash. East on Wabash to Calvary Cemetery. There will be a short stop at THPD HQ for Greg’s final 10-42. This procession should start around 2p.

Ferency was fatally shot in what authorities described as a shootout last Wednesday outside the FBI office in Terre Haute. Ferency was a member of a federal task force.

The man accused of killing Ferency, Shane Meeehan, heard the charge from a hospital bed Friday in Terre Haute, where he is recovering from gunshot wounds from the shootout.