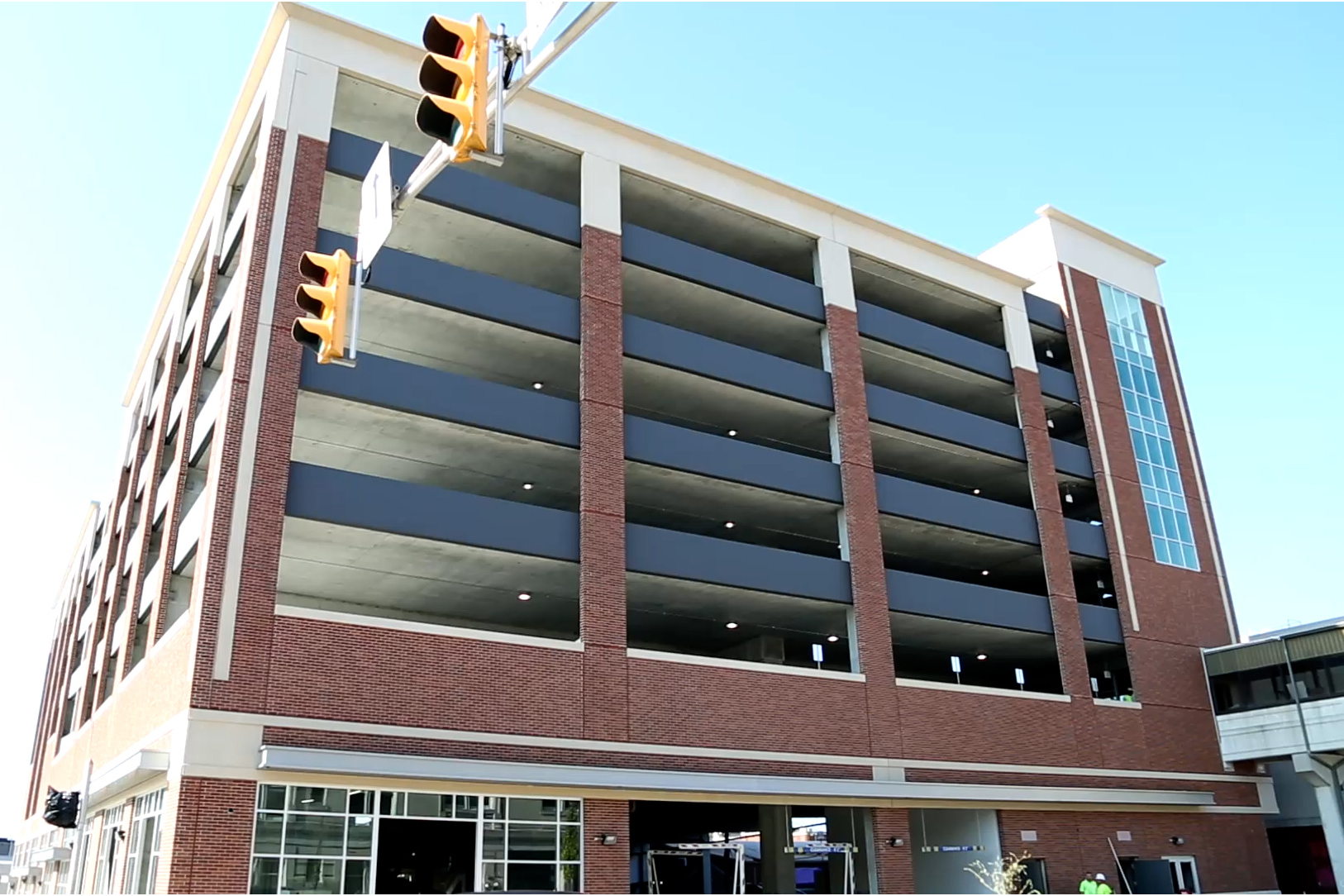 Michelle Wahl, parking services director for the City of Bloomington, said the gate monitoring system was delayed by a supply shortage.

“As of today, the gates are down at the 4th Street Garage for parkers to pull a ticket and pay on exit,” she said.

Since the gate monitoring system was not active, Wahl said she does not know usage for the first month.

The new garage can hold more than 500 cars. It has dedicated space for electric vehicles with charging stations and a covered space for bicycles. Along with parking, the garage has public bathrooms, parking management offices and retail spaces.

Wahl said public restrooms are not open because the city is waiting on equipment, and no business spaces are currently leased.

In December 2018, the Bloomington City Coucil unanimously supported a plan to repair the old parking garage. However, a structural analysis report estimated a five-year repair plan for the garage would cost almost $1.6 million, nearly $300,000 more than initially projected.

The old garage closed at the start of 2019, and city council approved an $18.5 million revenue bond to fund the acquisition, demolition and reconstruction of a new garage in April the same year. Construction began in July 2020.