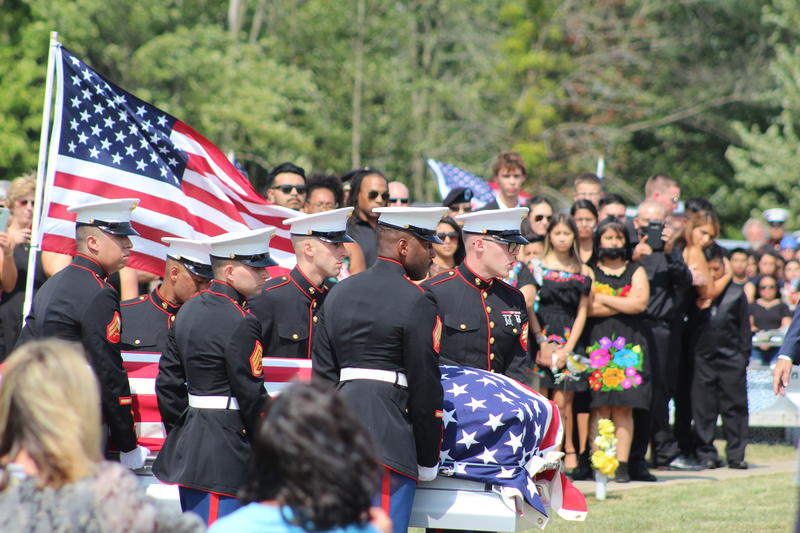 Humberto “Bert” Sanchez was one of 13 U.S. service members killed during a bombing attack in Afghanistan in August while helping with evacuation efforts at the Kabul airport.

“The name of Humberto A. Sanchez will inspire generations of Hoosiers and Americans,” he said. “No one will ever say it better than his mother did: in the final moments of his life it was a work of heart. Doing everything he could to get those kids out of harm’s way.”

“We will always remember and we will never forget the everlasting impact Bert made on this community, on our state, and indeed our nation,” he said.

Holcomb concluded his remarks by speaking directly to Sanchez’s family.

“Your family just got about 6.8 million Hoosiers bigger,” he said. “Janet and my dinner table will always have a place sitting out for you all.”

Misty Green was one of the motorcycle escorts who showed up on Tuesday to escort Sanchez to Mount Hope Cemetery. She said as an Army mom, it was important for her to attend.

“This young man gave his life for us,” she said. “I can’t understand what it’s like to lose a son but I know what it felt like to send my son away knowing that was possible. I feel it. My heart goes out to her and her family.”