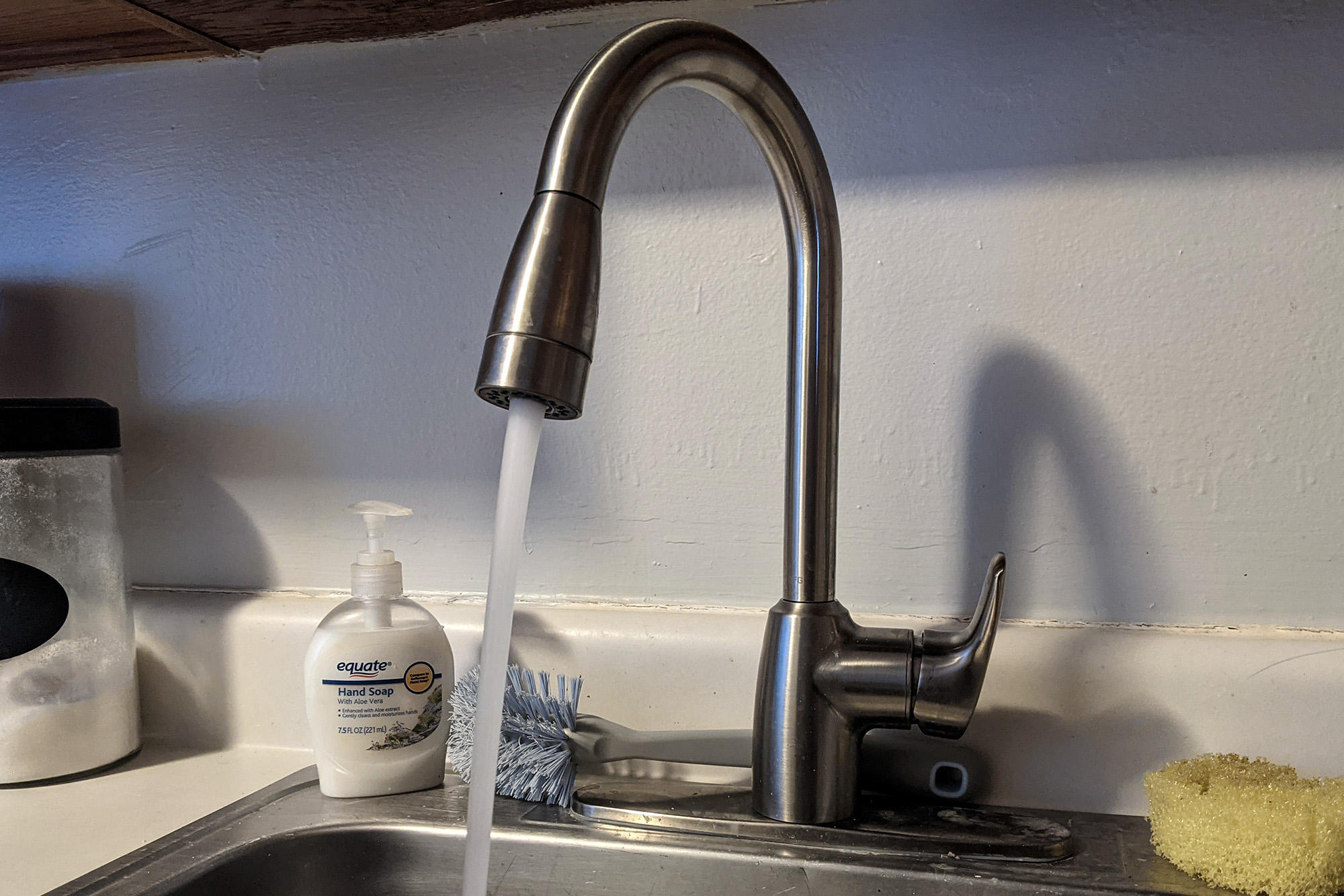 Controlling such a widespread chemical could be a challenge for the EPA. Some states that have tried to regulate PFAS have faced lawsuits from manufacturers. (Lauren Chapman/IPB News)

That includes PFAS, a group of chemicals found in everything from nonstick pans to stain resistant carpets. They’ve also been found in firefighting foams that polluted the groundwater at Grissom Air Reserve Base near Kokomo and other military bases around the country.

Exposure to PFAS has been linked to health problems with the immune system, infant birth weights, and — in some cases — cancer.

Jackie MacDonald Gibson chairs the Department of Environmental and Occupational Health at Indiana University. She is studying PFAS in rural water in Indiana and three other states. Researchers are currently looking for participants with private drinking water wells to help with the study.

“There's definitely a need for a regulation of some sort to control PFAS in drinking water. They're very widespread. Recent studies suggested that these contaminants are present in as many as two-thirds of U.S. drinking water supplies," she said.

Controlling such a widespread chemical could be a challenge for the EPA. MacDonald Gibson said some states that have tried to regulate PFAS have faced lawsuits from manufacturers. Drinking water utilities also have to install new, expensive systems to remove PFAS.

A public water utility in North Carolina plans to spend roughly $46 million to filter out legacy chemicals like PFAS.

“To be successful, any new regulations would really have to come with an enormous increase, I think, in federal financial support," MacDonald Gibson said.

There are two, well-known types of PFAS that the EPA didn’t include in the list — PFOS and PFOA — because the agency is already working on drinking water standards for them.

The EPA will take public comments and consult with the agency’s Science Advisory Board before making up its final list of chemicals that should be considered for regulation.

Just because a contaminant gets on the list, doesn’t mean the EPA will control it in drinking water. In the past, the agency has looked into regulating hundreds of chemicals in water, but has only chosen a handful from each previous list.

MacDonald Gibson said she hopes that as the EPA moves forward with these kinds of regulations that they also consider the need to protect citizens who get their drinking water from private wells. She said federal dollars could go to help them get their wells tested. According to the National Conference of State Legislatures, private wells serve more than 2 million Hoosiers.