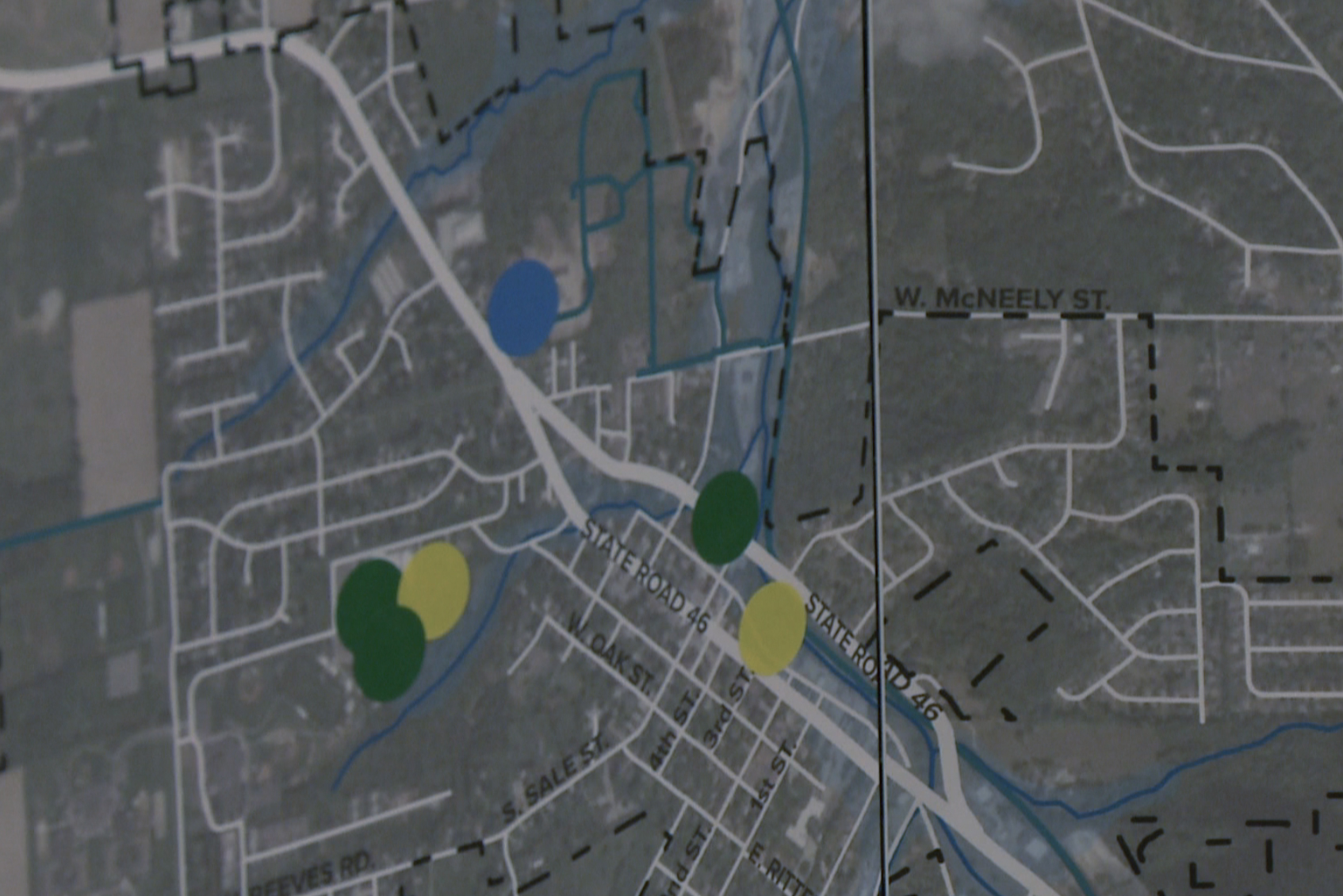 Community members gathered at the Ellettsville town hall to envision the future of the town. Those in attendance listened to a brief presentation by the Envision Ellettsville planning team before breaking out to various stations. (Holden Abshier, WFIU/WTIU News)

Community leaders are trying to envision a long-term development plan for the town of Ellettsville. They want a comprehensive strategy elected officials won’t bury in a filing cabinet.

During an interactive town hall on Wednesday evening, Ellettsville community members pinpointed areas around town where improvements would boost the quality of life.  Those in attendance placed color-coded stickers on maps to draw attention to specific concerns.

Much of the conversation focused on topics like building new trails and improving existing roadways; however, a lot of the focus was on Ellettsville’s downtown. Residents want to improve the appearance of the S.R. 46 corridor to attract new businesses and young professionals.

Chris Fisher is a 50-year resident of Ellettsville, and said young people are critical to advance the city and keep it competitive.

“It’s been a lot of the same people for years and years," she said. "We need these new ideas, these new people. We need your bodies.”

“We, as planners, think of a lot of great ideas," Taylor Siefker Williams Design Group project manager Katie Clark said. "If the ideas aren’t rooted with the people who are living here all the time, the plan isn’t as successful."

Governor Eric Holcomb visited Ellettsville in the beginning of September to speak at a Chamber of Commerce luncheon. He praised the community for taking control of its own destiny and spoke about the town’s rapid growth.

According to the most recent U.S. Census, Ellettsville’s population increased 4.3 percent since 2010. And that’s one of the reasons for the initiative.

“From here, after tonight, we’re really going to go into crafting what that vision is- what that idea for the future is- and thinking about goals, as well as specific projects and improvements,” Clark said.

Clark said there will continue to be public engagement opportunities through March 2022, as well as online surveys at www.envisionellettsville.org.