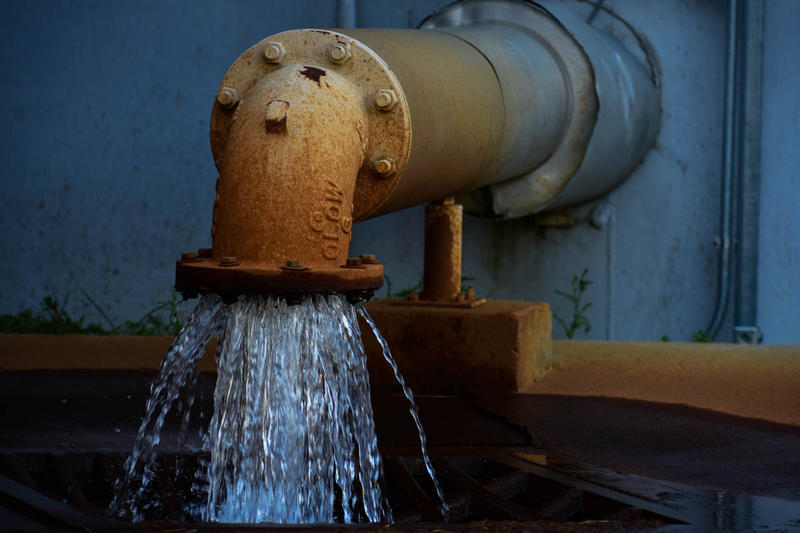 A water pipe at the Goshen Water/Sewer Department building. The city of Goshen is hoping money from the federal government can help find the source of pollution in some city drinking water wells. (Justin Hicks/IPB)

The City of Goshen is hoping money from the federal government can help find the source of pollution in some city drinking water wells. The Environmental Protection Agency has proposed adding the North 5th Street Groundwater Contamination site to its National Priorities List for cleanup.

High amounts of the chemical can damage your nervous system and cause liver and kidney diseases. Fortunately, the levels in Goshen’s wells are far below the maximum allowed in drinking water and have been going down. But from 2014 to 2015, the city saw those levels jump to more than three times what they were before.

“There were still low levels of it, but it just threw a red flag for it to jump that quick," said Kent Holdren, superintendent of the Goshen Water Department.

“If it would get worse, you know, it could cause us to close a wellfield — and that'd be a huge expense to the citizens of Goshen," he said.

The EPA has identified more than 60 possible sources of the pollution in four Goshen drinking water wells. Holdren said the city’s treatment system takes out a lot of the contamination.