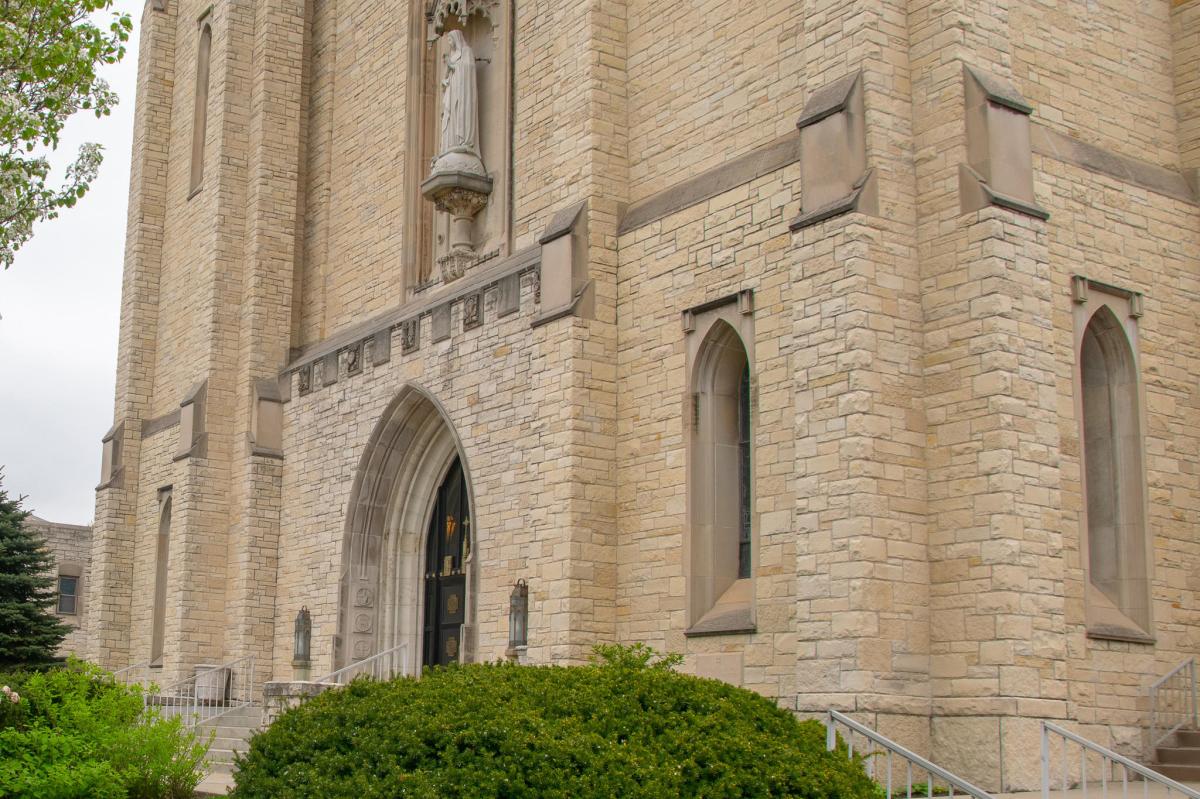 The Cathedral of the Immaculate Conception will be the site of a Special Mass for Healing and Remembrance on the 175th anniversary of the forced removal of the Miami Tribe from northeast Indiana. (Rebecca Green / WBOI News)

The Diocese of Fort Wayne-South Bend held a special mass of remembrance and healing on the 175th anniversary of the forced removal of the Miami tribe.

Bishop Kevin Rhodes led the mass on Saturday at the Cathedral of the Immaculate Conception. He said the plan got started when a Miami parishioner wrote him a letter reminding him of the anniversary.

“I thought it would be important to remember that tragic event and have a mass of healing and remembrance,” Rhodes said.

Twenty-five years ago, the church held a special mass for the 150th anniversary of the tribe's forced removal under Bishop John D'Arcy.

The mass had a special liturgy with Native elements including a hymn and the Our Father led in the Miami language by a tribe member. Rhodes preached about the forced removal in his homily.

“I think it’s important to pray," Rhodes said. "You know, to pray for peace, pray for reconciliation and for justice."

Rhodes said it's also important because what happened to the Miami tribe isn't just a thing of the past, but something we are still seeing today.

"There are 26 million people who are refugees in the world today," Rhodes said. "So, we're remembering something that happened here 175 years ago; the violence, the battles, the injustices, the betrayals of the past. But our world is not exempt from these things today."

In the 1840s, Monsignor Julien Benoit ministered to the Miami catholics. Rhodes says Benoit was the builder of the cathedral and accompanied his Miami parishioners who were forcefully removed, at their request.

Following the mass, people were encouraged to visit the Diocesan museum next door, where a special exhibit commemorating the Miami people will be up through the end of October.