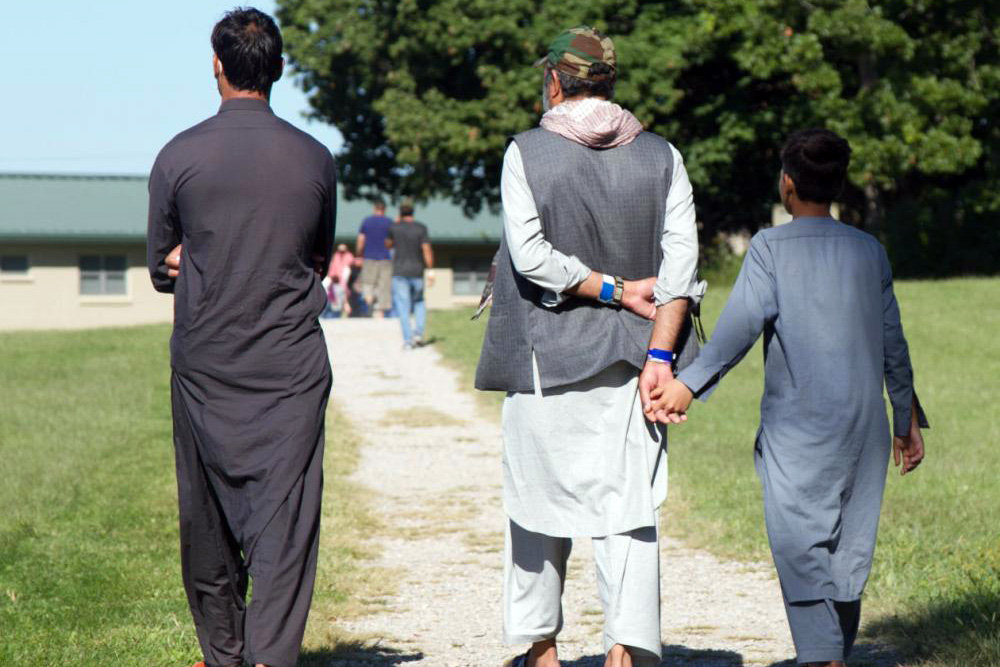 The number of people temporarily living at Camp Atterbury continues to grow, and some have already begun settling in the U.S.

6,603 Afghan evacuees are currently residing at Camp Atterbury, according to Mark Howell, public information officer for the Department of Homeland Security. Howell held a phone conference Wednesday afternoon to update reporters on the latest regarding Operation Allies Welcome.

The Department of Defense tapped the National Guard training post at the end of August as a location to temporarily house people fleeing the Taliban. Evacuees began arriving in early September, with officials initially planning for 5,000 people; Camp Atterbury has enough space to house about 10,000 people, though that capacity could be expanded.

Those at the camp are currently undergoing final health and safety checks before they are resettled across the United States. Fifty-seven percent of the evacuees are male, and 42 percent are female. The group is young, too – 47 percent of the people are 18 and younger, with 40 percent of that cohort younger than 14. A baby was born at the camp Sept. 9.

Howell said there had been 13 confirmed cases of COVID-19 at the base, and those people are isolating with their families. Vaccines for COVID and other illnesses are being offered.

After evacuees finish their 14-day quarantine, the process of resettling people and finding them sponsor families will begin, which Howell admitted will take some time. Indiana National Guard Brig. Gen. Dale Lyles previously said he expected the process to take 10 weeks.

Twenty-five evacuees completed their final health and safety screenings and have moved off base. Howell didn’t say where they had gone, only that they were U.S. citizens, green card holders or their spouses.