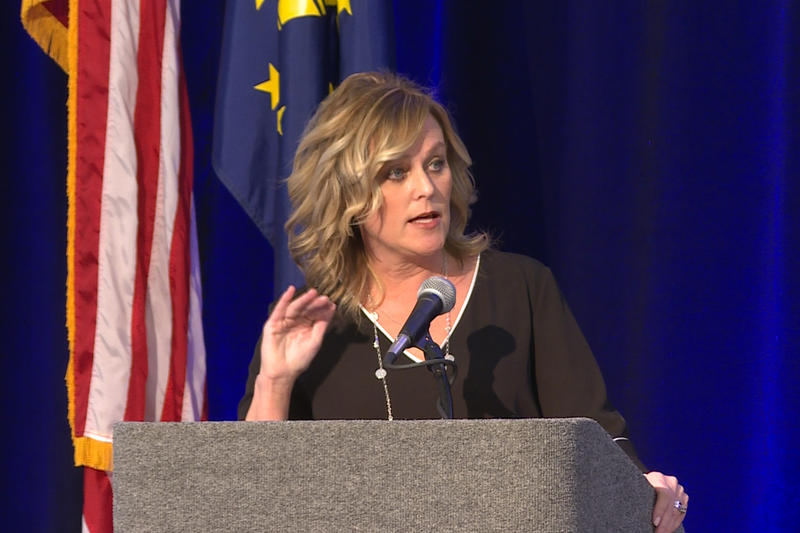 McCormick won election as state schools chief four years ago but has clashed repeatedly with other Republican leaders over education policy. (Jeanie Lindsay)

Democrat Jonathan Weinzapfel announced the endorsement Thursday from schools Superintendent Jennifer McCormick. She said in a statement that Weinzapfel “has a well-earned reputation for bipartisan problem solving, for listening and for making a real difference in every job he’s had.”

The former Evansville mayor is running against Republican Todd Rokita, a former congressman who defeated current Attorney General Curtis Hill for the GOP nomination in July.

McCormick won election as state schools chief four years ago but has clashed repeatedly with other Republican leaders over education policy. The GOP-dominated Legislature has eliminated the elected schools superintendent position and the governor will appoint the state education department leader beginning in January.

READ MORE: Indiana Education PAC Not Endorsing A Candidate In Race For Governor

“Todd Rokita is far-and-away the best candidate in this race to defend our constitutional rights and deliver on the issues Hoosiers are most concerned about,” GOP spokesman Jake Oakman said.