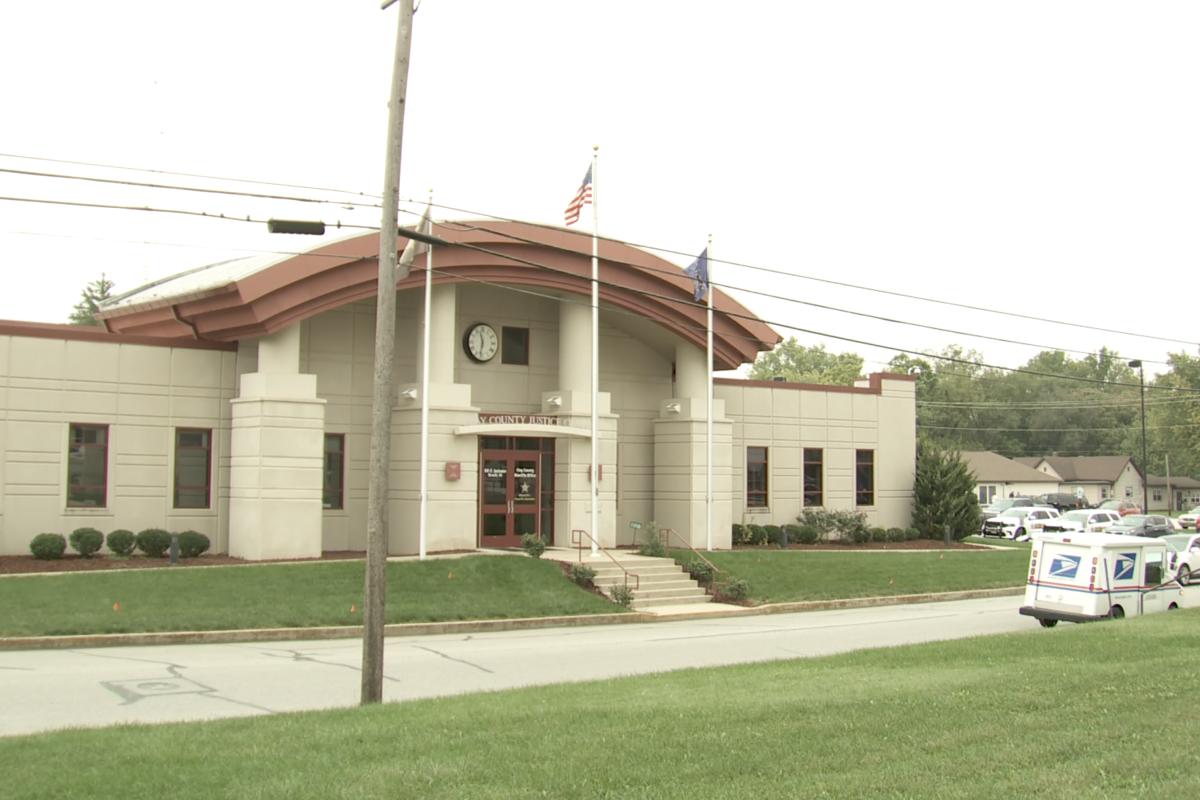 The Clay County Jail in Brazil, Indiana was built in 2006. Commissioners are considering adding another 250 beds. (Devin Ridgway, WFIU/WTIU News)

The county sheriff’s office made an agreement with the U.S. Marshals Service to house Immigration and Customs Enforcement, or ICE, inmates in 2013. It is the only facility in Indiana with such an agreement.

The jail opened in 2006 with 176 beds. As of Monday, 61 of the current 168 inmates are ICE detainees. Per its agreement, the jail makes $55 per day for each federal detainee.

The proposed expansion would add more than 250 beds to the jail, a majority of which would host ICE detainees.

Clay County residents and Indiana immigration lawyers opposed the expansion during Monday’s meeting. Wendy Catalan Ruano, a volunteer with Movimiento Cosecha Indiana, said a jail expansion will continue to harm families like hers.

"We don’t stand for an addition to this jail,” she said. “Because that means more individuals will be walking these halls of Clay County.”

Catalan Ruano’s father was arrested in November 2017 for driving without a license. He was detained in the Clay County Jail for one month before being transported, and eventually deported, to Mexico 10 months later.

Hannah Cartwright is executive director at Mariposa Legal in Indianapolis. During Monday’s meeting she said more than 78 percent of ICE detainees do not have a criminal history, and an expansion runs the risk of staining Clay County’s reputation.

Commissioners did not vote on the expansion Monday; however, members of the public encouraged the board to host additional public hearings before entering into an agreement with the project developer.