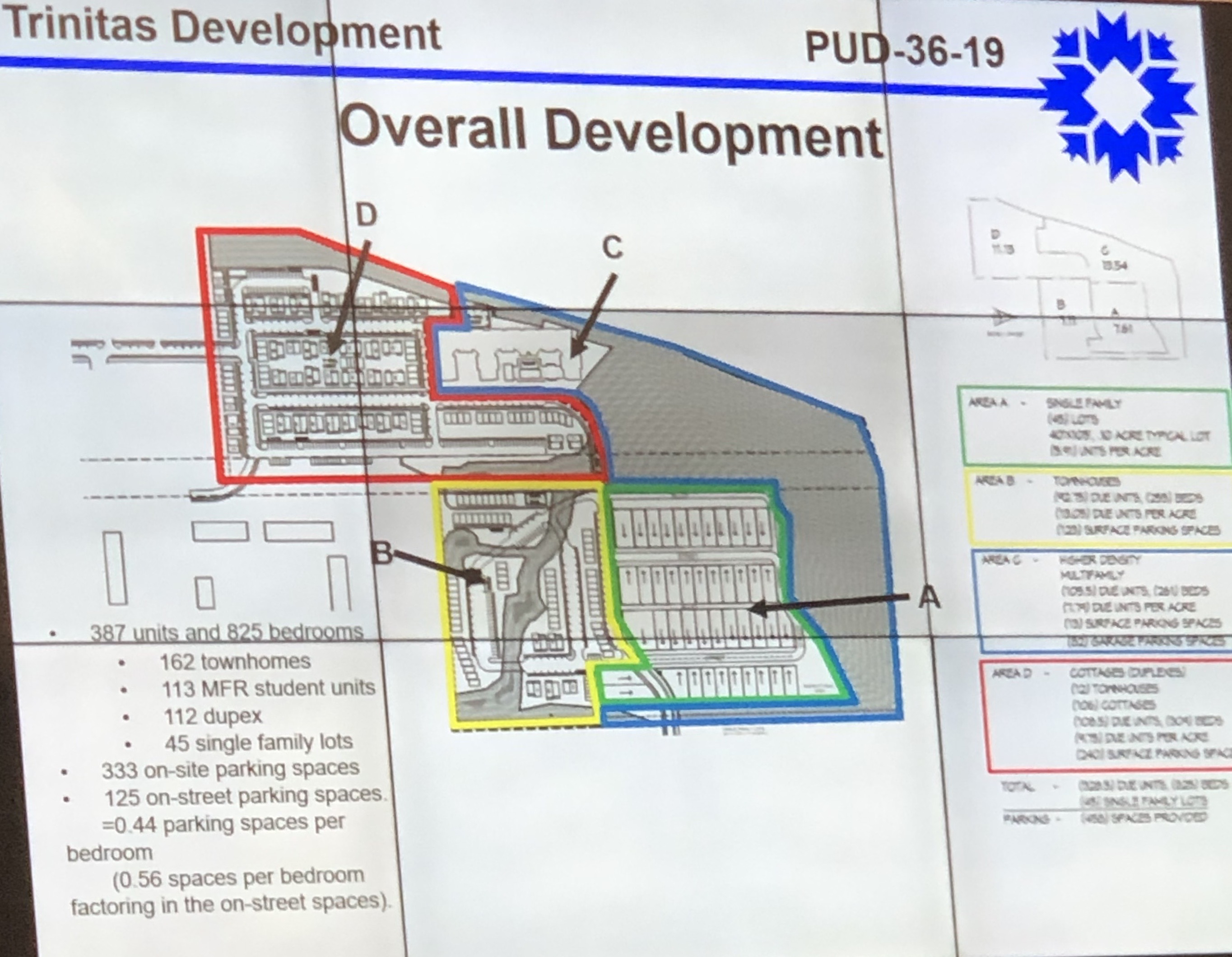 The project is led by Trinitas Ventures, a real estate company out of Chicago. It will include more than 825 bedrooms and be located off 17th Street, south of where I-69 and state road 46 meet. The project will include a mix of townhomes, multifamily units, student housing and single-family housing.

Trinitas says it will donate 45 “build-ready” lots to the city that will be used for the single-family housing as part of a housing fund contribution.

“This is a really wonderful petition,” councilmember Isabel Piedmont-Smith says. “Because we are going to get 45 lots given to the city where we can develop workforce housing. And this is a really pressing need in our community.”

The proposal adds 8.46 acres onto the existing Thomson PUD to make room for 70 single-family residences.

The 8.46-acre portion of property is at the west end of Cherokee Drive, Chambers Drive, Duncan Drive, and Guy Avenue, with Bernard Drive to the south.

Smith Brehob & Associates, Inc. is a local land surveyor representing Habitat for Humanity in this project.

In a memo written to the city's senior zoning planner Eric Greulich, the company says:

"Habitat for Humanity of Monroe County’s mission is to eliminate poverty housing by building decent, affordable homes in partnership with qualifying families."

In that same memo, Smith Brehob & Associates, Inc. says the new neighborhood will be called "The Osage Place."

The petition will now move to city council for review.