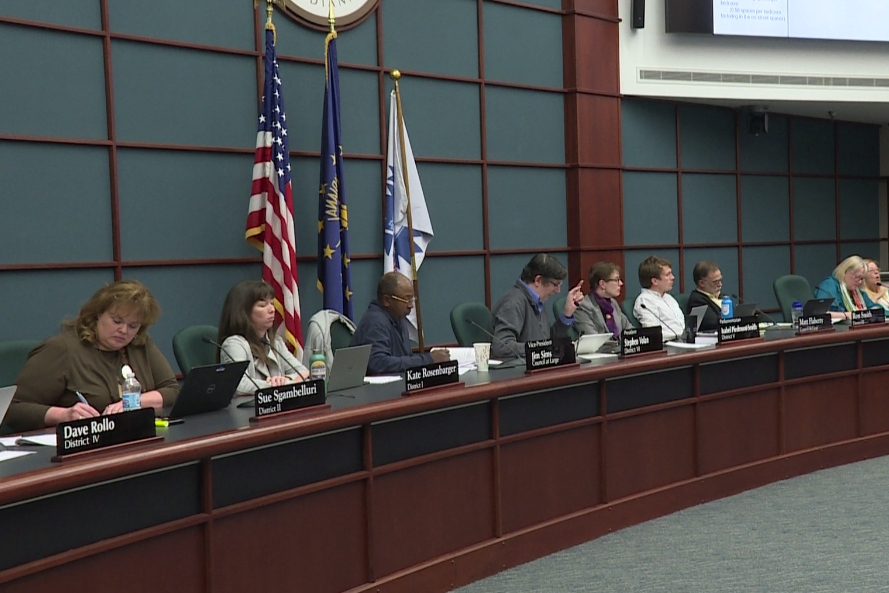 Trinitas Ventures will head the project, which will provide over 825 bedrooms and will be located off 17th Street, south of where I-69 and state route 46 meet.

A planned unit development can generally be considered an exception to zoning code.

Trinitas had originally proposed the PUD back in 2018 but its petition was denied for logistical and environmental reasons.

Trinitas will donate 45 “build-ready” lots to the city that will be used for the single-family housing in lieu of a housing fund contribution.

“This is a really wonderful petition,” councilmember Isabel Piedmont-Smith (District 5) says. “Because we are going to get 45 lots given to the city where we can develop workforce housing. And this is a really pressing need in our community.”

The PUD will be broken into four sections: A, B, C and D. The different sections will provide diverse housing stock.

As part of the project’s approval, Trinitas agreed to fund a Bloomington Transit bus route in perpetuity to bring people toward downtown and Indiana University. The route would cost about $358,875 annually.

Trinitas also agreed to keep just over 14 acres of the development as green space to protect nearby wetlands.

Trinitas officials say they expect construction to begin in October of this year.