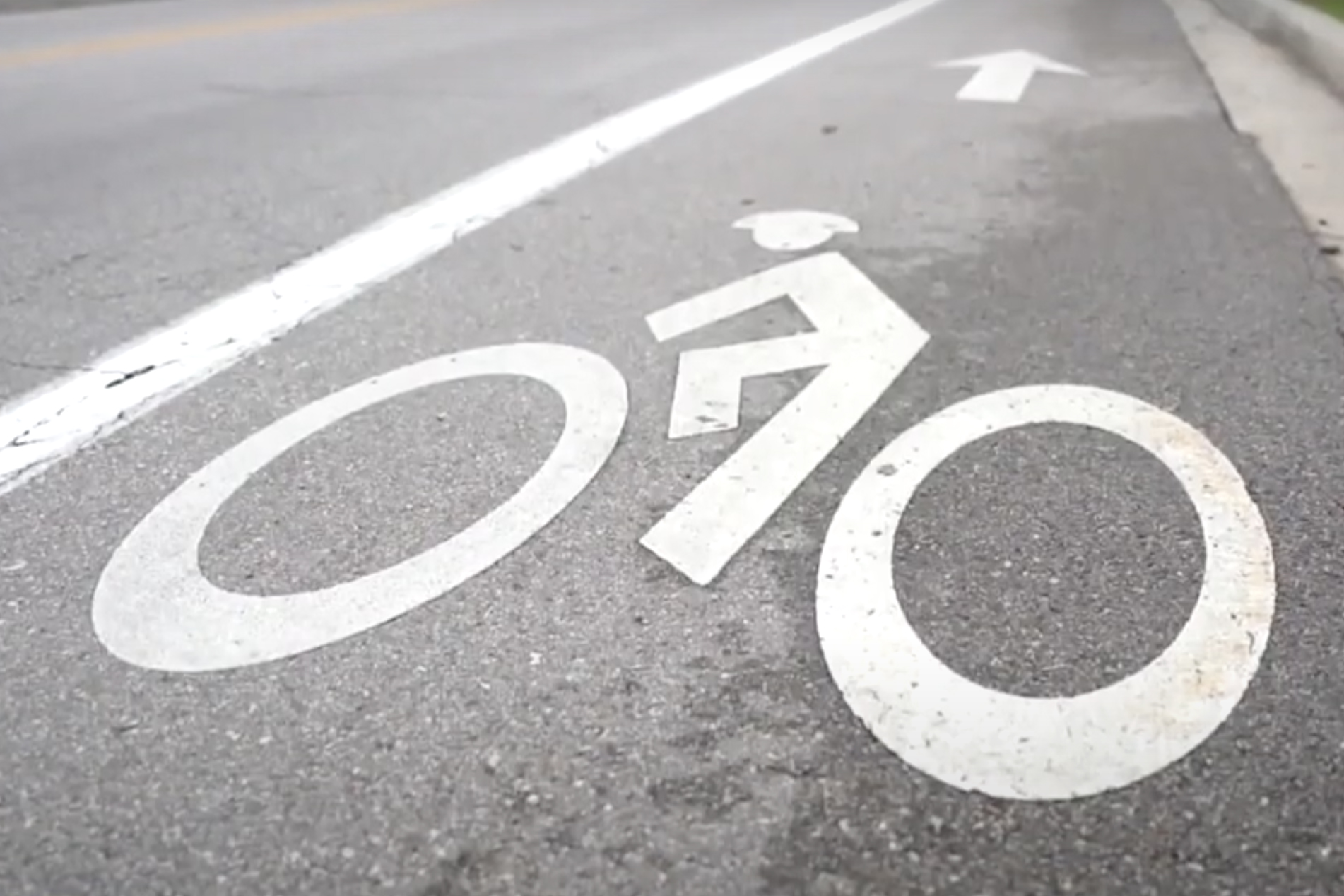 With the 7-Line nearing completion and one traffic lane removed from State Road 46 last summer, the City Limits desk received a question about whether the City of Bloomington plans to license or tax bicyclists.  In short, it doesn’t.

Rather than regulating and taxing individual bikers, city planners say they will continue to chip away at Bloomington’s 234 miles of streets to boost safety for bicyclists and pedestrians.

“Our whole focus is what I would call a compact urban form,” he said. “Which means a livable, walkable, bikeable form where you do not have to use an automobile.”

Martin said one success story is the State Road 46 resurface project from Clarizz Boulevard to State Road 446. City engineers suggested removing one traffic lane and adding  bike lanes after the Indiana Department of Transportation (INDOT) surveyed the corridor in 2018.

Martin said the project aimed to reduce the number of rear end crashes in the area. It also accommodates groups of bicyclists using the road to access State Road 446.

“Narrowing the travel lanes, adding a continuous left turn lane for the vehicles doing all of the driveway cuts in that area, and then by adding the bicycle lanes, they’ve increased safety significantly,” he said.

Increased safety is not the city’s only goal; It’s aim is much higher.

Beth Rosenbarger is planning services manager for the city and said “Vision Zero” is the idea that no one should die in traffic crashes and that there should be no serious injuries from our transportation system.

“One strategy is actually to increase the use of other transportation modes and to reduce the share of driving in a community.” Rosenbarger said. “ So, the fewer motor vehicles moving around, you are going to reduce the probability of crashes.”

Bloomington is a gold-rated city by The League of American Bicyclists. This certification means at least 5.5 percent of the population commutes by bicycle and 65 percent of arterial streets are accessible by bike lane, among other criteria.

However, some streets force cyclists to ride in normal vehicle traffic. In these situations, cyclists must follow all normal rules of the road- including stopping at stop signs and red traffic lights. Under Indiana law, bicyclists may run a solid red light if they stop and wait at an empty intersection for two minutes.

Rosenbarger refers to these people as “1 percent cyclists,” given they bike on streets average people would not.

“Most of us have a rational fear of rubbing elbows while bicycling with a moving two-ton vehicle,” she said. “And so that’s why we keep making improvements to make a network that will be comfortable for someone bicycling with their children.”

Rosenbarger said about two-thirds of the population do not feel safe biking anywhere except dedicated and protected multimodal corridors, such as the B-Line Trail or upcoming 7-Line from downtown to the IU campus.

“The B-Line is wonderful but think of it as a spine, and we need connections off of that to help people connect as a network throughout the community,” she said.

He said club members already feel safe in the city.

“We feel very safe,” Medlyn said. “I mean, some of the rural county areas are sometimes a bit problematic, but there is absolutely no question the City of Bloomington is very dedicated towards rider safety- rider and pedestrian safety.”

He said safety is a shared responsibility between bicyclists and motorists.

“If everyone takes upon that responsibility to ensure they are riding safe, and drivers are ensuring that they are driving their vehicle in a safe way, it’s just going to result in fewer crashes,” Medlyn said.