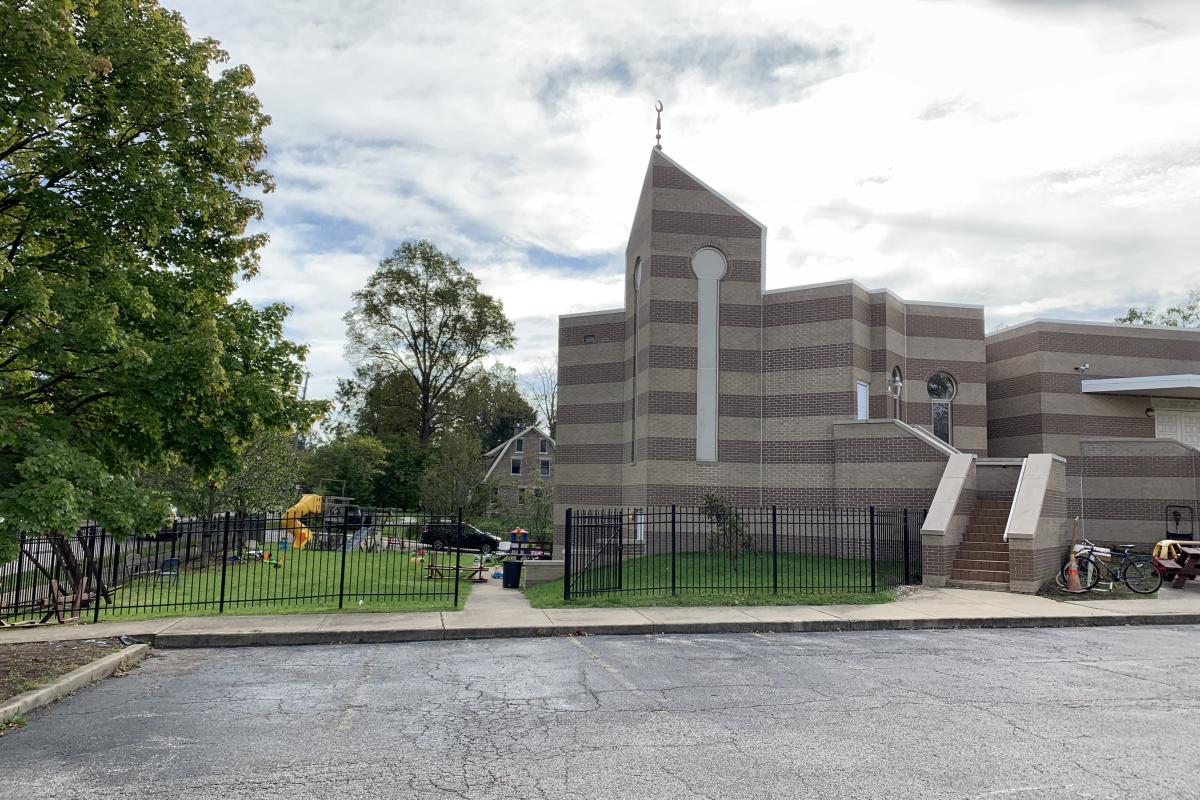 The Bloomington Police Department is asking for public help in identifying a suspect who vandalized the Islamic Center of Bloomington early Monday morning.

An officer responded to the Center at 6:40 a.m. for a report of vandalism, according to a BPD email.

The president of the Center gave the officer video surveillance footage showing a white man with short hair and layered clothing entering the Center’s playground area at 1:13 a.m.

The man also pulled wires from an air conditioning unit, broke a security camera pointed at the Center’s playground, and broke toys that were in the playground.

Anyone with information about the crime should contact Detective John Alberson at (812) 339-4477.

This story has been updated with additional images sent by the Bloomington Police Department.