Bloomington To Resume Annexation Of Some Areas Of Monroe County 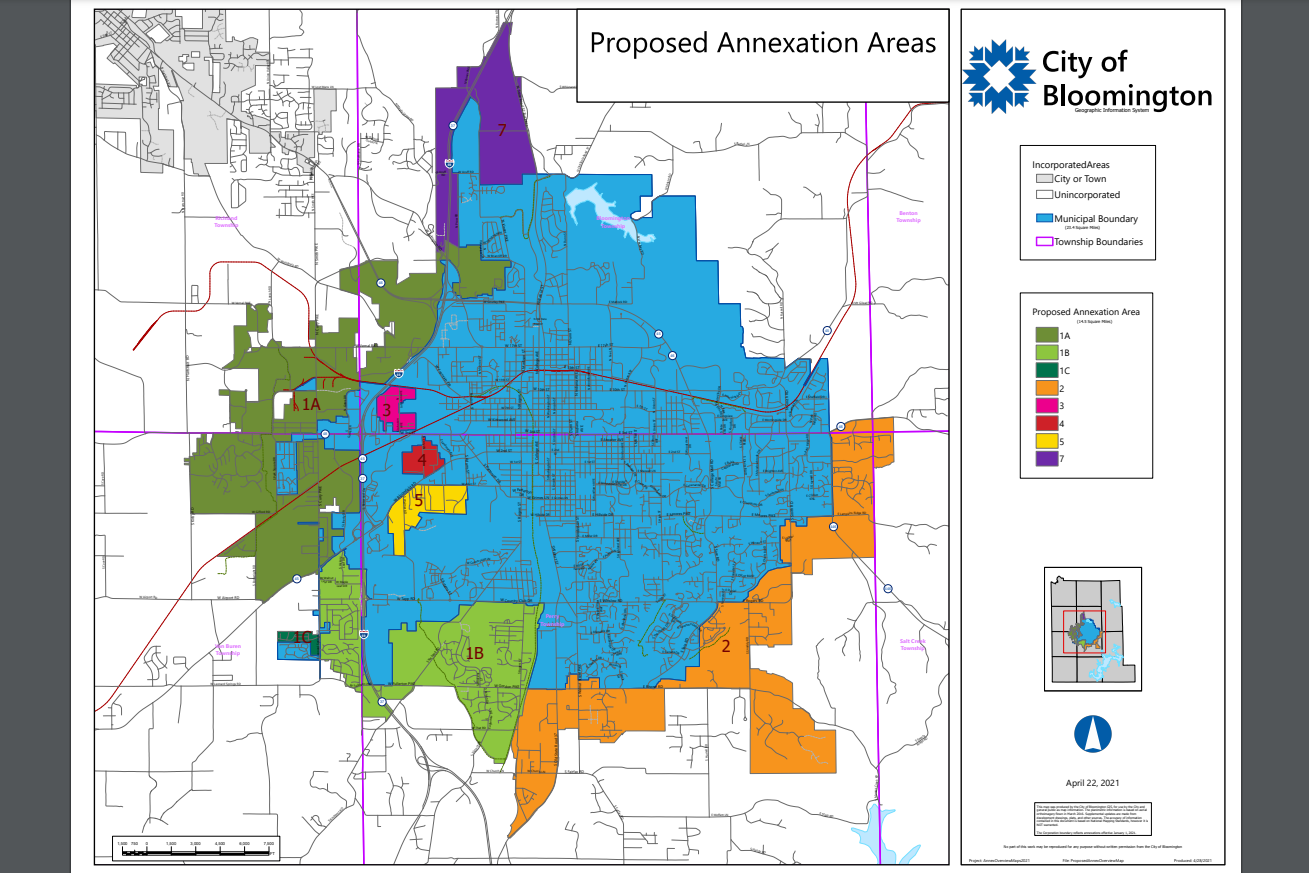 The City of Bloomington and Mayor John Hamilton will resume the annexation of some parts of Monroe County in May, following years of dispute with the Indiana General Assembly.

According to a Wednesday news release from the city, Bloomington City Council will soon review updated fiscal plans for the annexation and vote on the proposal in the fall.

Hamilton says the city will be releasing an annexation fiscal analysis next week.

“I understand that people who are right next to a city boundary," he said. "For them, this feels like why is it good for me to be in the city? I think the question really is what's good for the whole community of Bloomington.”

Hamilton says the annexation map can only shrink once the process begins and will change as city council sees fit. Public input will be ongoing throughout the summer with possibly in-person meetings.

“Almost all of us in the city live in annex territory, because the city started with four square blocks and we continue to grow because we're a successful thriving city," he said.

Hamilton's 2017 plan to annex nearly 10,000 acres of Monroe County was halted by an addition to that year's state budget bill - Section 11.8 - that prohibited annexation action proposed in the first six months of 2017. Bloomington officials slammed the decision, calling it a clear case of legislative overreach. The city brought a lawsuit against Gov. Eric Holcomb in an effort to prove the unconstitutionality of the anti-annexation measure.

In December 2020, the Indiana Supreme Court ruled in favor of the city, deeming Section 11.8 unconstitutional because "the legislature enacted a special law—one that targeted only Bloomington—when it could have enacted a law that applied generally throughout Indiana."

Local officials have voiced mixed opinions on the annexation.

State Sen. Shelli Yoder (D-Bloomington) has said that limiting city borders also limits who has access to city drinking water and filtration systems, which negatively affects people on the periphery of the city.

But Rep. Jeff Ellington (R-Bloomington) said he was pleased with the annexation's 2017 pause, citing concerns about increased property taxes for residents who were to be annexed into the city, among other things.

A portion already excluded from annexation includes the Cook Group properties. The city council approved an agreement in 2017 to not annex the Cook property in lieu of a yearly $100,000 payment.

Hamilton says it was in connection to Cook’s purchase and investment into the development of the former GE plant.