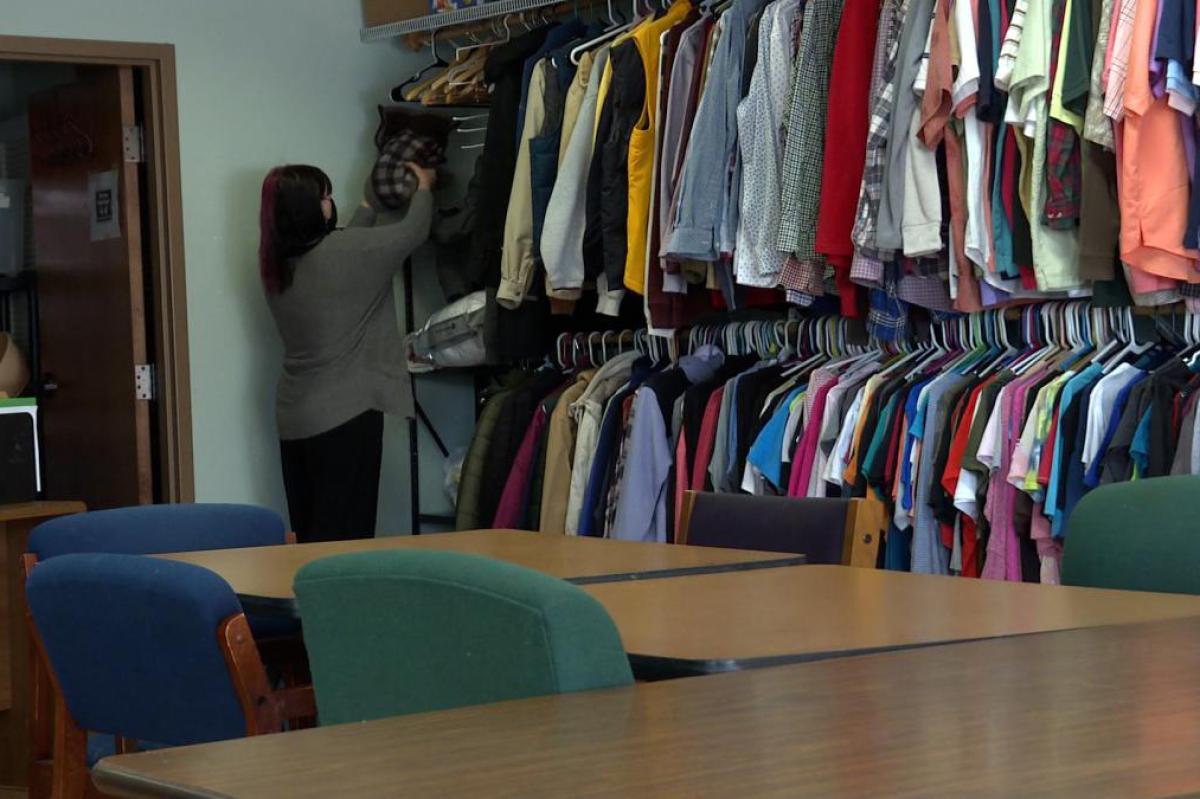 The drive began October 14 and will continue until November 14. Items needed include shoes, sweatpants, sweatshirts, coats, hats and gloves.

Helping to lead the project is Angela Stanley, an intern for New Leaf New Life. She said inmates often are released from jail with the same clothes they wore prior to the incarceration and might need new clothes for a job interview or to support various weather conditions.

“When people are released, they're released with whatever clothing they went into jail wearing. And that can be no shoes, shorts, t-shirts, and they might have no other possessions.”

In the winter months, a lack of warm clothing can create situations that are especially hazardous for newly released inmates if they don’t have the clothing to accommodate cold conditions.

Stanley said the Winter Necessity Drive is an opportunity to get rid of one’s used clothing items while giving to those in need.

“A lot of people don't realize how what people who are released from jail are released with almost no possessions,” she said. “This cause gives you a way to get rid of clothing and stuff that you're not going to need and give it to someone who really does need it has nothing else on them.”

New Leaf, New Life provides services to those who are making the transition from incarceration back to communities in Monroe County. According to their website, 75 percent of inmates use their services both prior to and after release.

New Leaf, New Life is funded through donations and grants from the state of Indiana, according to Assistant Director Stacy Flynn.

The organization serves approximately 25-40 people a day and over 100 people each week. Individuals can take multiple items based on personal need, rather than a fixed number of items. Flynn said she works with all inmates who need help.

“We work with any and all inmates,” Flynn said. “No matter the charges, anyone is welcome to come here.”

Donations can be taken to the New Leaf, New Life location on S. Walnut St. or dropped off in bins located on the first floor of the Indiana University Health Sciences Building.