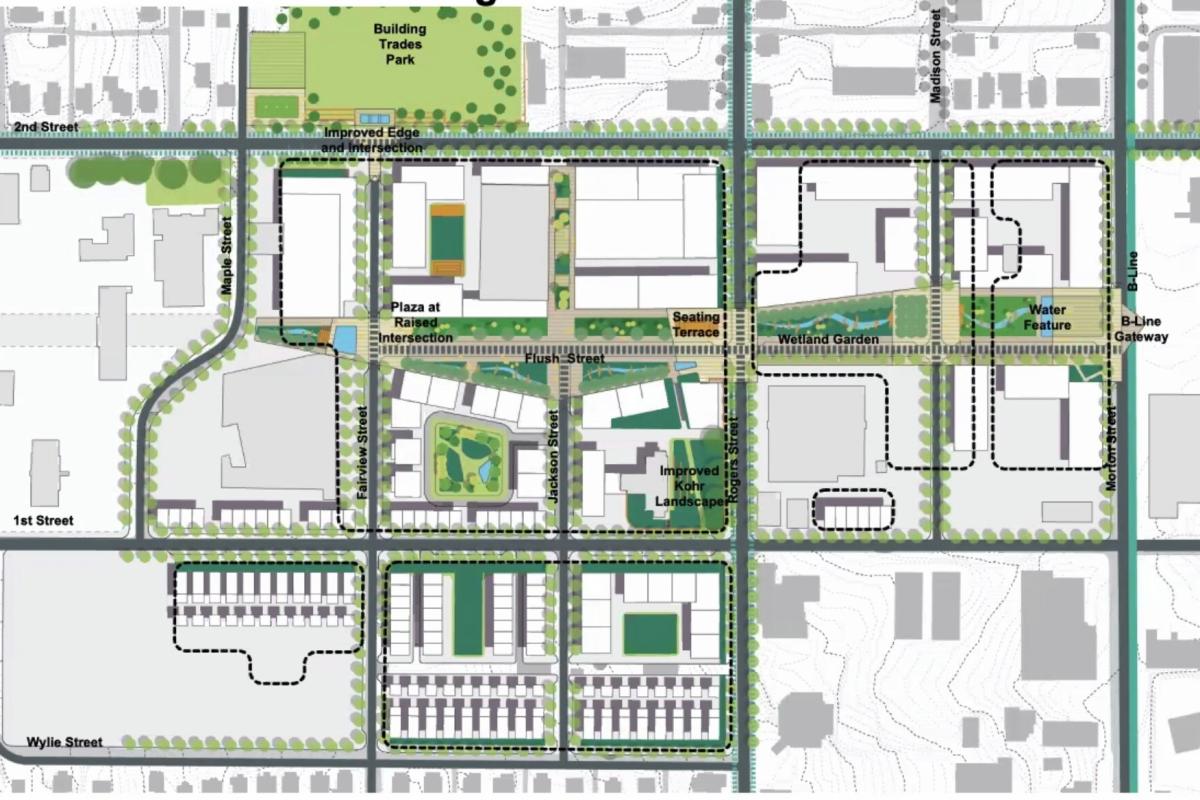 An ariel rendering of the proposed hospital redevelopment site. (Courtesy: City of Bloomington)

Bloomington Mayor John Hamilton said the redevelopment of the old hospital site on West Second Street is a once in a century opportunity for the city.

“We had an intensive community-based design process to develop a master plan for that,” he said.

“This is a complicated, very complicated and long-term project,” he said. “And we wanted to put in the budget some money to help support project management for that project. “

Hamilton said it is a decade-long project, but the city is making down payments now.

Additionally, the 2022 budget includes public enhancements to Building Trades Park to help prepare the infrastructure in the area for the redevelopment.