Another Hoosier pleads guilty for role in Jan. 6 insurrection 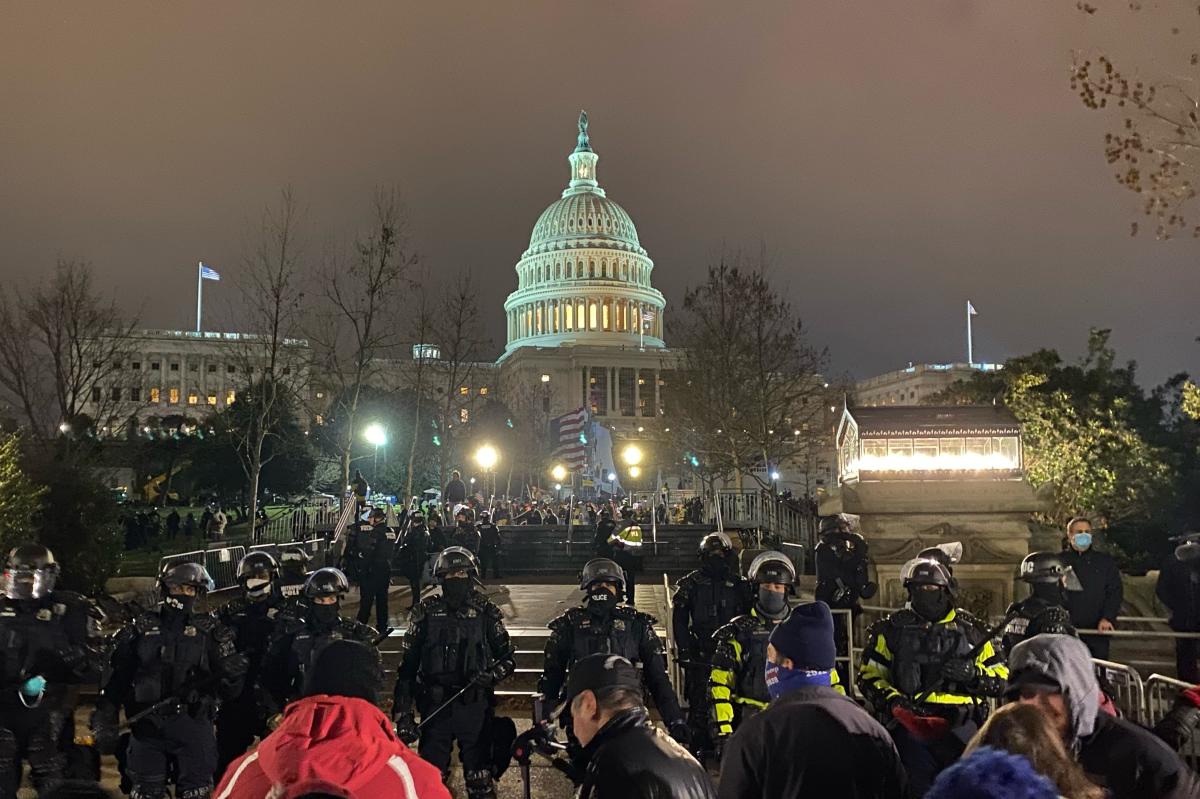 Wagner traveled to Washington, D.C. with a group of friends to attend a rally for former President Donald Trump. (Courtesy of Garret VanHoy)

Another Hoosier pled guilty to his involvement in January 6th insurrection at the US Capitol.

Joshua Wagner of Indianapolis, pled guilty to a Class D misdemeanor for parading demonstrating, or picketing in a Capitol Building.

Wagner traveled from Indiana to Washington D.C. l for a rally hosted by former President Donald Trump. After the rally, he and two friends traveled to the Capitol, taking videos on the way and inside the building.

In videos obtained by law enforcement and authenticated by Wagner during Friday’s proceedings, Wagner called law enforcement officers “traitors” and said those keeping him and others out of certain parts of the US Capitol were committing “treason”.

As part of the agreement, Wagner agreed to be interviewed by law enforcement and will make his phone and social media available to investigators.

Wagner will be sentenced in February.