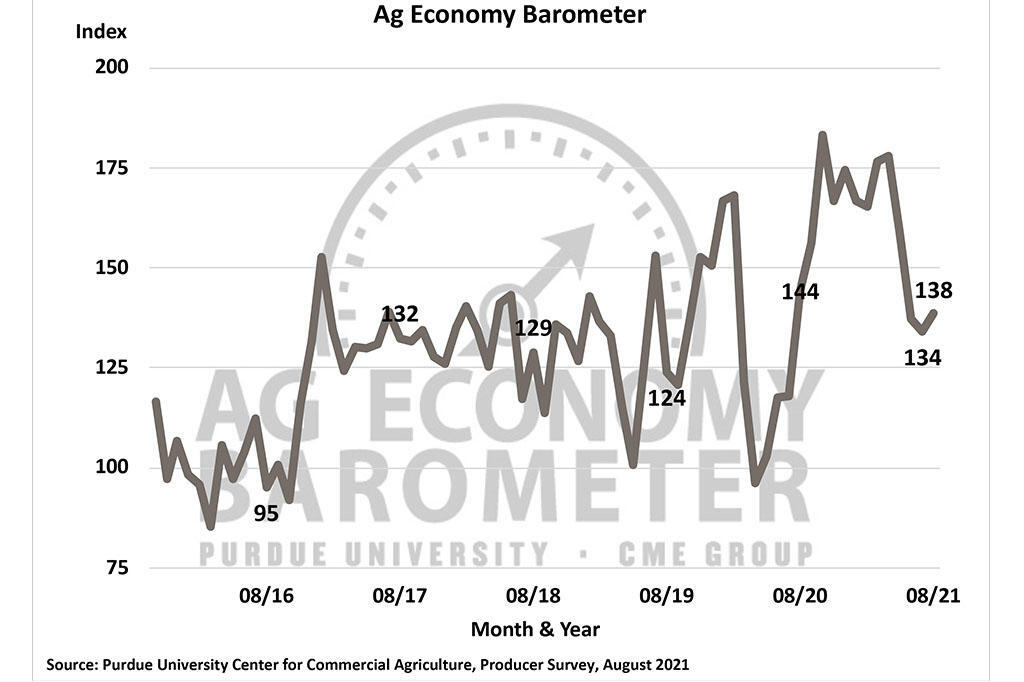 U.S. farmers are starting to feel a little more optimistic about the financial conditions of their farms. While the improved optimism is small, this is the first increase in three months according to the latest Ag Economy Barometer survey.

Even with a recent weakening in this year’s crop prices, revenue projections are still higher than they were last year.

"As we approached harvest, in August, we saw an improvement in moisture conditions in a good bit of the country, especially some areas that had been very dry over the course of the summer," Mintert said. “And I think what really happened is, it probably stabilized and improved farmers' revenue projections for 2021."

One concern farmers are increasingly worried about is higher costs for fertilizer, machinery and other expenses. These input prices have survey respondents hesitant about their future financial outlook.

Mintert said the concern is that these prices normally only increase.

He said in the short term it shouldn’t influence prices consumers see at the stores, but increases could be expected in the long term.

About 40 percent of farmers said in the survey they currently use cover crops on their farmland. Mintert said he didn't have a good expectation to the number of producers participating in the conservation practice.

"This isn't an area that's been on a lot of agendas for programs in agriculture," he said. "Certainly, the Natural Resource Conservation Service has been encouraging more use of cover crops. And so it's interesting to see how many people are actually stepping out and trying cover crops."

The monthly survey conducted by Purdue University researchers records responses from 400 agriculture producers around the country.