Murder At The English Hotel

The trial that followed a 1917 murder at an elegant downtown Indianapolis hotel revealed contemporary prejudices based on ethnicity, race, and gender. 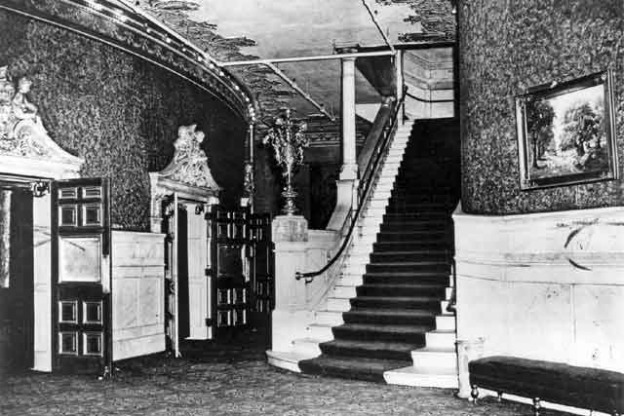 The elegant English Hotel and Opera House on Indianapolis' Governor's Square was struck by scandal in 1917.

Since 1880, the English Hotel and Opera House dominated one quarter of Governor’s Square (what would be called Monument Circle) in downtown Indianapolis. In May 1917, scandal struck the elegant hotel, when a waiter in the café was shot and killed by the manager of a visiting baseball team.

The ensuing trial offered competing stories of a confrontation that resulted in the fatal gunshot; the testimony of a woman of dubious virtue; and a look into how race and ethnicity (an African American victim and an Irish Catholic defendant) were perceived and portrayed in the early 20th century.

On the afternoon of May 3, 1917, Dan Shay’s Milwaukee Brewers (then a minor league baseball team) finished their game against the Indianapolis Indians. Shay proceeded to spend some time drinking in a bar and then went to a local “manicure” parlor where he received a two-hour service from proprietress Gertrude Anderson. Shay and Anderson then proceeded to dinner at the English Hotel’s café.

During the meal, Shay and waiter Clarence Euell exchanged words and at some point Shay rose up from his chair, pulled out a pistol, and shot Euell once in the abdomen. After a long wait for an ambulance, Euell was taken to City Hospital (which had only a few segregated beds for black patients), where he soon died of his injury. Shay was indicted on charges of second-degree murder and waited, in jail, for his November trial.

The trial brought out two competing stories of dangerous men, based upon stereotypes of ethnicity and race. In Indianapolis, as elsewhere in Jim Crow America, African Americans were often portrayed in the major (white) newspapers as “inherently criminal . . . unfit to associate with whites” [Emma Lou Thornbrough, Indiana Blacks in the Twentieth Century, p. 7].

Shay’s drinking and subsequent violence was attributed to his ethnic heritage. Many Hoosiers would have agreed with the claims of a Cincinnati newspaper that Irishmen were subject to “undisciplined passion” that caused them to be “drunk, disorderly, [and] fighting.”

Prosecutors concentrated on accounts of Shay’s time in the bar and his drinking in the hotel, portraying him as an Irish drunkard, unable to control his emotions and predisposed to alcohol-induced violence. Shay’s defense played on racist caricatures of black men, portraying Euell as highly aggressive by nature and a threat to whites, especially women.

Gertrude Anderson was called to testify as a witness to the shooting. Dressed like a conservative matron and speaking in a soft voice, she claimed to have been afraid of Euell’s demeanor and words.

At the end of the eight-day trial, Shay was found not guilty of the charge of second-degree murder. He lost his position with the Brewers and never managed a baseball team again. In December 1927, he committed suicide at a Kansas City hotel.