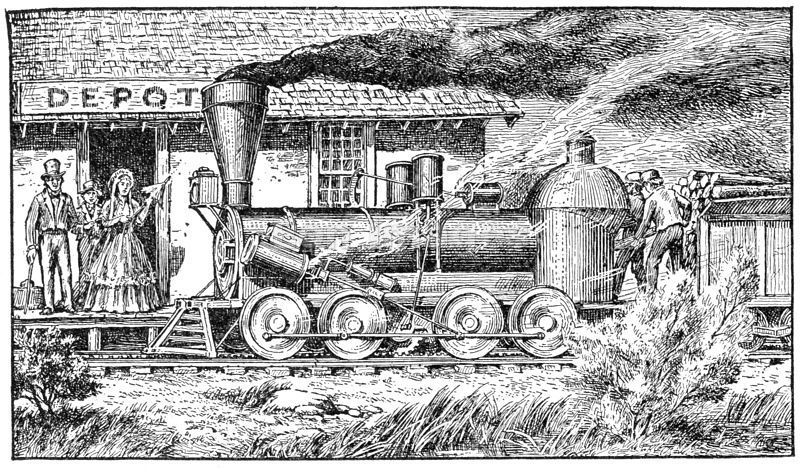 In 1826, Oliver Smith won his seat in Congress when his opponent alienated voters by embracing the railroad; ironically, Smith would spend his later career as a railroad booster.

Oliver Smith moved from Pennsylvania to Indiana in 1817, at the age of twenty-three. He took up a career in law but also distinguished himself in politics, winning election to the Indiana General Assembly in 1822, to the U.S. Congress in 1826, and to the U.S. Senate in 1837. Upon his return to Indianapolis in 1843 after serving one term in the Senate, Smith became an investor and promoter of the railroads, and lived a prosperous life in that city until his death in 1859.

One year before he died, Smith compiled a series of historical sketches he had been writing for a local newspaper into book form. One of the many stories he told was about his campaign for Congress in 1826.

Smith was running against a well-known and widely respected judge, John Test, who, as Smith noted “was a fine lawyer, a good speaker, and had represented the district three full terms.” The younger and relatively inexperienced Smith calculated that his prospects were “nearly hopeless.”

The men met in a series of stump speeches, in which they laid out their differences on issues of the day. Smith found that his support of easier land sales to existing settlers “was the most acceptable to the masses.” The young candidate also discovered how quickly voters could turn on a candidate whom they no longer found trustworthy.

During one of their joint appearances in Switzerland County, Test began to speak, for the first time in the campaign, on the subject of railroads, which in 1826 Indiana were not only non-existent but almost mythological to most of his hearers. Test proclaimed his support for the new form of transportation and promised his listeners that one day soon the United States would surpass England in the new technology: “I tell you, fellow citizens,” he declaimed, “that in England they run the cars thirty miles an hour and they will yet be run at a higher speed in America.”

Rather than inducing awe or envy in his audience, Test’s comment provoked “a loud laugh.” One elderly man standing near Smith yelled out “Do you think we are all fools—a man could not live a moment at that speed.”

Smith went on to win the election to Congress, and perhaps it is no coincidence that he spent many of his later years promoting railroads, which had, in a rather unique way, helped to launch his political career.