Giving Thanks On Schedule 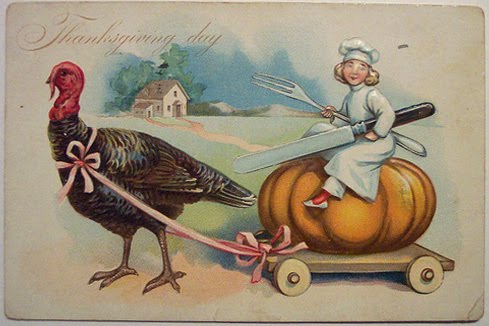 Although Americans have set aside a day of thanks for the harvest and for the prosperity of the new nation since 1817, a coordinated observance took decades to establish.

In 1817, New York became the first state to officially declare a Thanksgiving Day, a day of thanks for the harvest and for the prosperity of the new nation. The practice spread throughout the northern and midwestern states, even though each state held its celebration on a different day. In 1827, Sarah Josepha Hale began a campaign for a single, national Thanksgiving Day, although her efforts would not bear fruit for several decades.

Governor Noah Noble proclaimed Indiana’s first Thanksgiving Day on December 7, 1837. Indianapolis lawyer and prolific diarist Calvin Fletcher recorded the proclamation in his diary entry for the day. He also wrote about a dinner party that he and his wife hosted for seventeen people that night, and he recorded that later in the evening “a large and respectable meeting” took place at the city’s Methodist Episcopal Church “for the benefit of the poor in which all the churches joined.” Fletcher judged it “a happy day. All the stores were shut & Indianapolis was in great harmony.”

When Fletcher next commented on the day in his diary it was Thursday, November 26, 1857, and a cold and clear 6 degrees below zero. By then, Indiana had begun to follow the growing practice of celebrating the holiday on the same Thursday every November. In his November 25, 1858, entry Fletcher noted that “some 20 or more States have set apart this day.” In 1863, Indiana joined all the states of the North in celebrating a national Thanksgiving Day, finally declared by proclamation by President Abraham Lincoln.