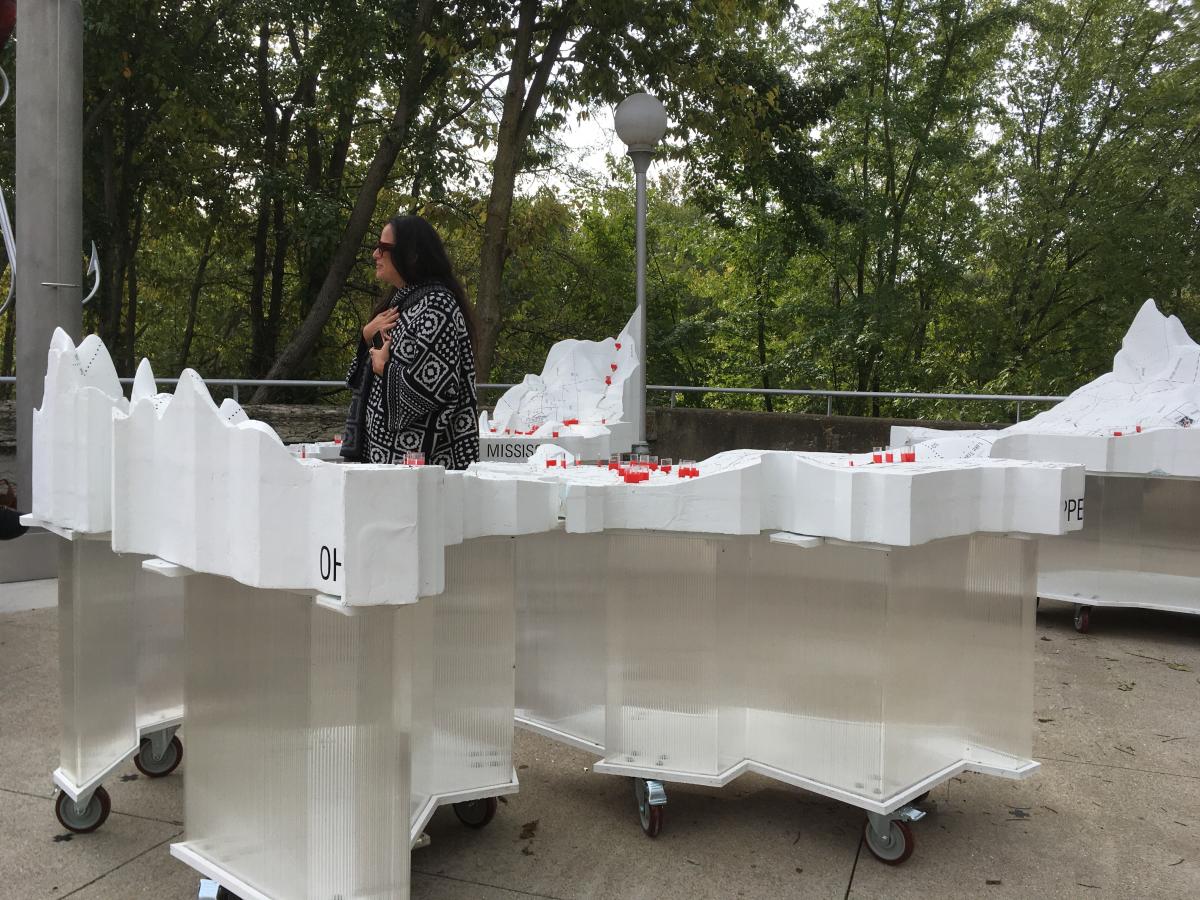 It’s been rainy this week in southern Indiana. All that rain (and a few snow flurries) landing on our roofs and soil will seep downward and then out of the ground into streams, which will gather into rivers that lead to the Mississippi to flow, eventually, through New Orleans and into the Gulf of Mexico. The Mississippi’s watershed encompasses over a third of the continental U.S. - 41%, to be exact. This week, we’re going to think about that watershed and the ways Indiana - which doesn’t even touch the Mississippi River, at least not directly - is connected to the Mississippi Delta in southeastern Louisiana. There are other questions too. Coastal Louisiana is going underwater faster than most places on Earth. Much of coastal Louisiana is marsh. It’s not fully land, not fully water. Because it’s coastal, that marshland tends to compress, and sink. The Mississippi used to replenish that land with sediment that rain had washed down from forty percent of the United States. But for the past century or so, the levees have channeled those 230 million tons of sediment straight out to the Gulf. And then the oil companies came in and started cutting through the swamps, which made them even more unstable.

Monique Verdin is a citizen of the United Houma Nation. She lives at the end of the Mississippi River, near the Gulf of Mexico. She was visiting Columbus, Indiana, last fall, to lead a story workshop about the Mississippi River watershed alongside an art piece, Tracing Our Mississippi, developed by Derek Hoeferlin through Exhibit Columbus. I’d been aware of Monique’s work for years. Her documentary, My Louisiana Love, is about reconnecting with her Houma family and realizing how their ways of life are threatened by slow disasters, many of them created by the oil industry. She also helped create Cry You One, an outdoor theatrical exploration of the complex and fraught human relationships with the sinking Louisiana coast that ends with a New-Orleans-style funeral party for the land. I had been wanting for a long time to ask Monique what it’s like to live in - and love - a place that’s slowly disappearing.

The episode starts with a poem from one of Monique’s collaborators on Cry You One, the actor and writer Nick Slie. We hear some of the stories that came out of the story circle Monique led in Columbus, my conversation with Monique, and then a postcard from the banks of the Muscatatuck River in southern Indiana, where farmer Liz Brownlee, of Nightfall Farm, grew up and is now trying to bring life back to the denuded banks. Liz also reflects on how the effects of farming in Indiana travel all the way to the Gulf.

We end with a different kind of connection with Southern Indiana and the South. Yaël Ksander brings us a review of the fifth novel by Bloomington-based author Ian Woollen. While in real life, Bloomington, Indiana has sister city relationships of its own, Woollen’s wildly absurdist take on the concept transpires in a fictional Indiana college town, twinned with its counterpart in the Yucatan. Though wickedly satirical, the novel gets its heart from its “maelstrom of broken souls” “longing to find home,” as Yaël writes. This week on Inner States, Yaël Ksander reviews Ian Woollen’s Sister City, published in 2021 by Coffeetown Press. This review is produced in partnership with Limestone Post magazine, where you can read the review in its entirety. Limestone Post is an independent, nonprofit magazine focused on solutions-based journalism that covers the arts, outdoors, social-justice issues, and more in Bloomington and the surrounding areas.

Our theme song is by Amy Oelsner and Justin Vollmar. We have additional music from the artists at Universal Production Music.
Support For Indiana Public Media Comes From