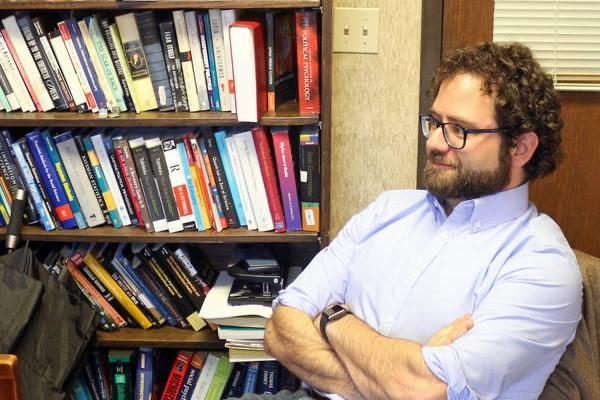 There was only one person who could deliver the bad news to King Phillippe of France. It was the summer of 1340, and the English navy had just destroyed a fleet of French ships. Hundreds of ships, thousands of soldiers. No one wanted to tell the king. So the jester jumped in, saying the English “don't even have the guts to jump into the water like our brave French.”

It’s a joke, but, of course, it’s also a lot more than that. The story goes that court jesters were the only ones allowed to make fun of the king. They could speak truth to power, but only because their commentary was dressed up in hats with bells on them. It’s hard to take someone seriously when they’re wearing bells.

The feudal system made it hard to challenge unjust power. In theory, it’s easier in a democracy. In the twenty-first century, we have more serious ways to challenge power. Safer, too. And yet, every year until the Trump administration, at the White House Correspondents Dinner, we still bring in a jester to make fun of the most powerful man in the world. In 1964, Lenny Bruce spend months in jail for obscenity. In 2020, John Mulaney made a joke on Saturday Night Live that got him investigated by the Secret Service.

Political or not, the best comedians often come from marginalized backgrounds or have gone through serious suffering. Comedy helps us claim some agency in situations where we feel powerless, whether that feeling is the result of a personal tragedy or a political environment where most of us feel like spectators.

Christopher DeSante is an associate professor of political science at IU. He studies race and racism in American politics, and right now, he’s teaching a course on politics and comedy. This week on Inner States, he talks with intern extraordinaire Kaity Radde about comedy, tragedy, and power in contemporary American life.

We also have a visit from down the hill: Alicia Kozma, director of the IU Cinema, introduces us to microcinemas, including Bloomington's own Cicada Cinema.

We end with a couple of micro pieces: a new way of making venison jerky, and a brief grocery store experience that might feel familiar.