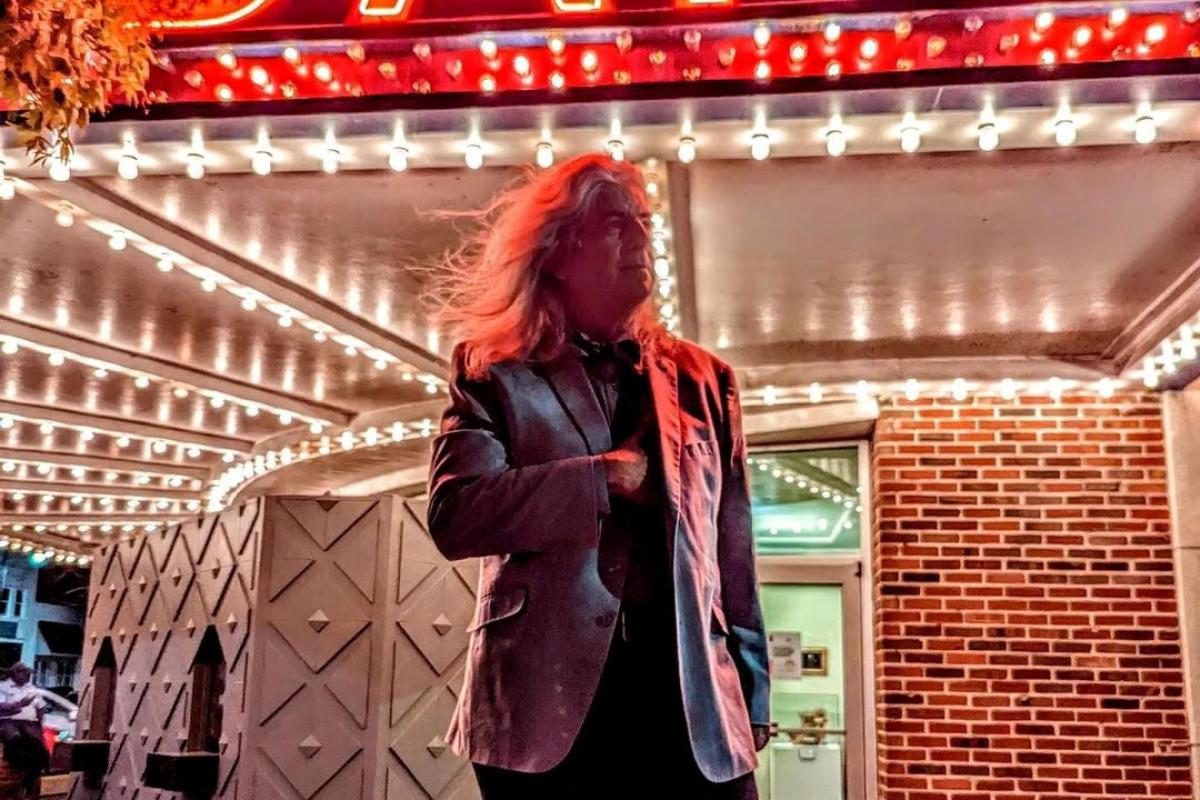 Michael Martone is not your typical fiction writer. He doesn’t tend to write stories with characters who go through some sort of conflict and come out changed on the other side of it. He’s more interested in playing with the frame of literature. His latest book, forthcoming in September from Baobab Press, is Plain Air: Sketches from Winesburg, Indiana. It's a series of monologues from various inhabitants of this fictional town based on another fictional town. He’s written what might be the only science fiction book based in Indiana: The Moon Over Wapakoneta: Fictions and Science Fictions from Indiana and Beyond. He wrote a book imagining an archive of writings by Art Smith, a pioneer of skywriting from Martone’s hometown of Fort Wayne. For a while, he sent contributors’ notes to literary journals, asking that they be published in the “Contributors’ Notes” sections, even though he hadn’t contributed anything but the note itself. Those short fictions (and nonfictions) are collected in Michael Martone by Michael Martone. And, of course, there’s The Blue Guide to Indiana, a travel guide featuring destinations like the Tomb of Orville Redenbacher and the Trans-Indiana Mayonnaise Pipeline. He published a few of those descriptions in local newspapers, and once got a phone call from people who’d gone to get their hair done at the convent in Jasper called Our Lady of the Big Hair and Feet. They couldn’t find it, because it didn’t exist.

Writing, for Martone, is about a lot more than publishing capital-L Literature. It’s also about exploring how we frame the frame itself, to engage a Martonian phrase. He’s interested in what makes us consider a piece of writing literary or not, fiction or not, real or not. Teaching writers to explore those conceptual questions is a lot harder than teaching them how to write a conventional narrative, with characters and rising and falling action. That might be why he’s an unconventional teacher, too, although he’s not ultimately trying to create writers in his mold. His goal is to give writers the space to figure out what they want to do. He starts all his workshops telling his students they all get A’s, and there’s nothing they can do to change that.

Michael Martone was born in Fort Wayne and, as the contributor’s note says, went to the public school there. He might be the writer who’s written the most about his birth state of Indiana, at least since James Whitcomb Riley and Gene Stratton-Porter. Alongside all this writing, he’s been teaching a few generations of writers in graduate writing programs. The last one he taught in was the University of Alabama, which he retired from in 2020. Maybe you’ve heard of him, maybe you haven’t. He’s fairly well-known in the writing world, and, as far as I can tell, unfairly unknown outside of it. He’s been a beloved teacher to forty years of writing students. He came to Bloomington recently for the Granfalloon literary festival, where a few of his works had been adapted for the stage. We talked about writing lyrical vs. narrative fiction, how the rise of creative writing programs shaped the style of American literary fiction, why he doesn’t give grades in his classes, and what it means to be an Indiana writer.

Our theme song is by Amy Oelsner and Justin Vollmar. We have additional music from Amy and Justin, and from the artists at Universal Production Music.