Love and Citizenship in the Heartland 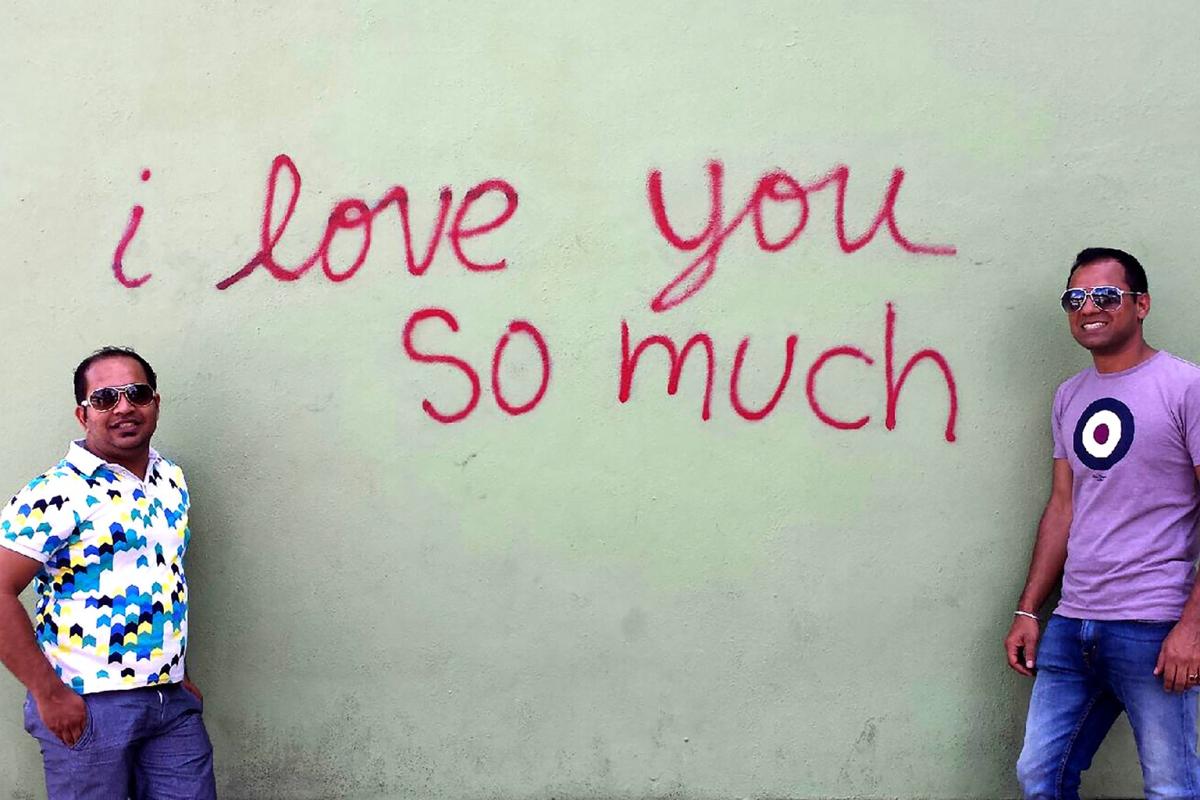 Salil and Yousuf, from the Just Married podcast (Yousuf Ali)

Same sex marriage has been legal now for about seven years. Just over a decade ago, less than half of Americans supported it. 2015 was the year the Supreme Court finally ruled that same-sex couples’ right to marry was protected by the 14th Amendment. At that point, 60% of Americans supported same-sex marriage. By 2021, we’d hit 70%. A pretty strong majority. And I think, especially for younger people, it might be hard to remember what an incredible struggle it was to get to that point. I remember when my home state of Massachusetts became the first to legalize same-sex marriage in 2004. And the next decade of ups and downs, as various states legalized it, and conservative religious groups pushed back, we felt buffeted by forces we couldn’t control. If you didn’t go through that, it might be hard to remember that, at the time, we had no guarantee that same-sex marriage would eventually be protected by law. We just didn’t know. But it turned out those forces were not completely beyond our control. Through years of struggle, and the years of people coming out, more and more Americans realized they knew people who had same-sex partners who they wanted to marry. It was friends, neighbors, coworkers, family. Same-sex partnership became normalized. Not that it’s straightforward and easy now. Not that there’s not still discrimination. But, as you can see from those numbers, things have changed.

I wanted to bring in Jennifer Bass to talk about that, to help us remember the history, through a series of stories. Jennifer’s been working on an oral history project of same-sex marriage, and she’s produced a podcast called Just Married based on those interviews. I was surprised how moving they are. And uplifting, too, which I think is something we could all use right now. This week, Jennifer Bass brings us the stories of three same-sex marriages, from the Just Married podcast.

The Just Married Podcast was produced by Jennifer Bass, with recordings from Allison Quantz’s Radio Innovations class at Indiana University and Betsy Jose. Their music is from Grey Larson, Malcolm Dalglish, and Blue Dot Sessions. The theme song is by Carrie Newcomer. Support for Just Married comes from Indiana University’s Department of Gender Studies, the Office for the Vice President for Research New Frontiers Program, and the IU-Bloomington Arts and Humanities Council. You can listen to more episodes here or on Facebook at marriageequalityheartland.