Replay: Joyce Jeffries and the Cutters 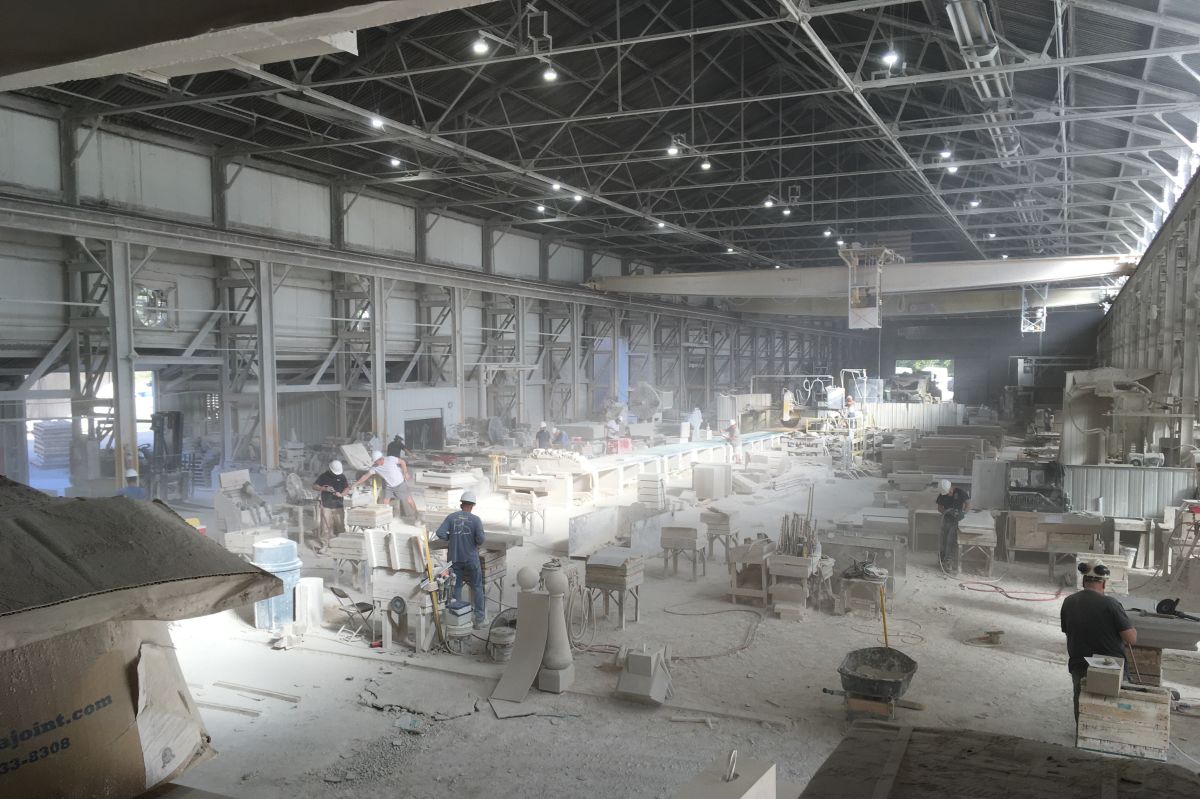 This episode is called "Joyce Jeffries and the Cutters." But that’s not quite accurate, because those cutters don’t actually exist. I don’t mean the Cutters cycling team. They definitely exist, even if they were born from a fiction. But the actual cutters - the people who’ve worked in the quarries and stone mills of South-Central Indiana for a century and a half - I was chatting with some of them on a forum recently, and apparently they don’t call themselves cutters.

The folks on the forum said they were known as stoneys. And they figured the reason it was changed to “cutters” in the movie was that in 1978, calling them stoneys would have gotten them confused with stoners, and that would have made it hard to focus on the plot.

An industry veteran pointed out there are a lot more specific descriptions of who they are: stone carvers, stone cutters, planermen, gang sawyers, draftsman, estimators, secretaries, supervisors. “All,” he wrote, “with high skills doing their part to build spectacular limestone creations!”

This week we hear about the limestone workers of South-Central Indiana. Joyce Jeffries, who grew up and worked among them her whole life, tells us the stories. We also tour the Bybee Stone Mill with Dorian Bybee and his wife, Jeeyea Kim. But before that, we need to spend a few more minutes with Breaking Away.

If you’re from Bloomington, or South-Central Indiana in general, you probably know Breaking Away. If a movie can function as an anthem, Breaking Away is Bloomington’s. For me, the movie was a test that would determine whether I could stay. I had come to Indiana because I’d fallen in love. When I met my girlfriend’s family, and they heard I wasn’t from here, they sat me down and stuck the movie in the VCR. After it was over, they waited for my answer. Bated breath and all. I told them I’d enjoyed it - which was true - and they welcomed me into the family. Well, I also had to pass the Monsieur Hulot’s Holiday test, but we’ll save that for another episode.

Breaking Away is about a group of boys on the cusp of adulthood and in denial about it. It’s about the tension between university students - Indiana University students in particular - and the local kids who, for one reason or another, couldn’t go to college. It’s about class, it’s about gender. It’s also about race, or at least ethnicity, in the way the main character Dave Stoller falls in love with the Italians, who his father can’t stand. Their foreignness is romantic in contrast to Dave’s life in a small Midwestern city.

The plot centers on the Little Five - and, for listeners not from around here, I should explain, that’s the Little 500. It’s an annual race that nods to the Indy 500, of course, but the Little 5 is on bikes. The men’s race is 50 miles, the women’s is 25, and the riders compete in four-person teams. In the movie, the local boys want to compete, but they have trouble qualifying as a non-university team. Against all odds, they make it into the race, and lo and behold - well, I won’t tell you who wins.

To my mind, the race isn’t actually what the movie’s about. The real tension is whether the boys are going to go to college or just keep living in the present, swimming in the quarries and hanging out. One of the things they’re trying to break away from is the limestone work their fathers did. In the logic of the movie, limestone is a dying industry. There’s no future there. College is the future.

The way they turn away from work where you’re actually making something, to white collar jobs that require a college education, sounds about right for the period. It was the late 1970s. The Midwest was deindustrializing. The rustification really took hold in the ‘80s, as car manufacturers sent jobs overseas, technology replaced steel workers, and major cities across the Northeast and Midwest hemorrhaged good jobs. Oh, and Reagan broke the unions by firing 11,000 air traffic controllers when they went on strike. He banned them from ever working for the federal government again.

This move away from manufacturing was in the air, and, as I said, limestone already seemed like a thing of the past. And no matter how much skill it actually involved, manual labor didn’t get much respect. Late in the movie, Dave Stoller’s dad has a moment of honesty about all that. He used to work in limestone, but in the time of the movie, he’s a short-tempered hustler of used cars.

I was damn proud of my work. And the buildings went up! But when they were finished, it was like the buildings were too good for us. Nobody told us that, it just felt that way. Even now I’d like to be able to stroll through campus and look at the limestone. I just feel out of place.

It’s the emotional climax of the movie. The scene where the father and the son finally start to understand each other. Where the father admits he wants his son to go to college. Because there’s no future in limestone.

You still swim in the quarries? Only thing you’ve got to show for our work is the holes we left behind.

I was curious if that idea of local kids as cutters still held water, so I went and found some high schoolers. Their English teacher, Rachel Bahr, had recently shown the movie as part of a unit about having a sense of place. The students thought things had changed a lot since then. They felt like locals actually had the upper hand against the college students, as Ambrose Lee put it. Lizzie Busch went farther, explaining that she has a friend who’s a student as a way of saying “They’re okay, those students. They’re human too.”

All four of the students I spoke with identified strongly as locals, but that didn’t guarantee a connection to the limestone industry. They hadn’t necessarily thought much about limestone at all before this unit. After all, it’s not as if it grows on trees. It forms in shallow seas where the remains of calcium-carbonate-based life forms accumulate over millennia, ultimately lithifying into a soft rock that becomes case-hardened and resistant to weathering after it’s been quarried, making it a desirable building material. It’s not just lying around - well, it kind of is. But it’s easy to overlook.

And I think the workers feel overlooked too. Like Dave Stoller’s dad, in the movie. Lizzie’s spent time at the Woolery Stone Mill, but she never saw it in action, and she said going there leaves “a nostalgia for something I’ve never even seen.”

How do you end up with nostalgia for something you’ve never seen? The legacy of limestone workers isn’t just holes in the ground. There’s a whole limestone campus in Bloomington. The old house I live in has a limestone porch. Limestone steps. But it’s not about the stone. Everyone who talks about Indiana limestone reminds you of the famous buildings it’s on. But the work itself was dangerous. And fairly anonymous. And as people move on to other things, away from it, there’s a fear that the stories are going to be forgotten, which means the people will be forgotten. That’s hard to face. So, in this episode you’ll hear some of those stories that might otherwise be forgotten.

Thanks to Joyce Jeffries, for the stories, to Jeeyea Kim and Dorian Bybee for the tour of the Bybee Stone Mill, and to Rachel Bahr and her students: Ambrose Lee, Lizzie Busch, Nicole Dewar, and Peyton Chitwood.