From the Inner States Files 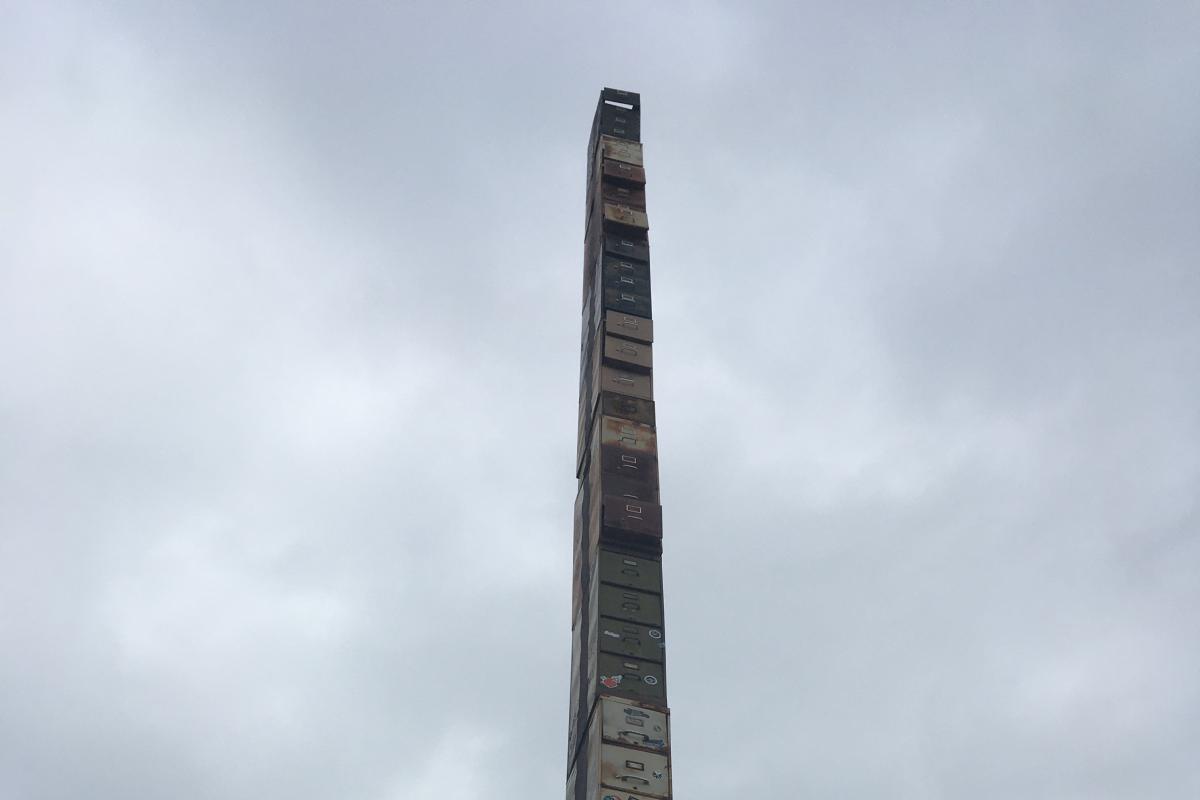 The top of the tallest filing cabinet in the world, in Burlington, VT. (Bradford Demarest)

We’re in the midst of Pledge Drive here on WFIU. So I thought it would be a good week to go back through our files and listen to some of the Inner States programming that your dollars have helped support.

Our first segment this week is from a conversation I had with actress Diane Kondrat, who spent a good bit of her professional life based in south-central Indiana. We’re talking about what it meant to her to make a career in the arts, after growing up in a family where that was almost unimaginable. This originally aired in January, 2022, but it was recorded five months before that. It’s a real artifact: the oldest Inner States recording in existence. Listen in to hear what the show sounded like at the beginning.

Then we go to limestone country, to hear from Joyce Jeffries, who grew up in Bedford, about the dangerous and important work people did in quarries and stone mills over the twentieth century. Her stories are woven together with a tour of the Bybee Stone Mill in Ellettsville in the twenty-first century.

Finally, we go to Columbus, Indiana, to hear from art activist (artivist?) Karla Guerrero, who uses a painting of a butterfly to try to bring her community together.

If you appreciate what we’re doing here, show your support by contributing here. Not sure if it’s still Pledge Week? No worries! You can support us whenever your heart desires.