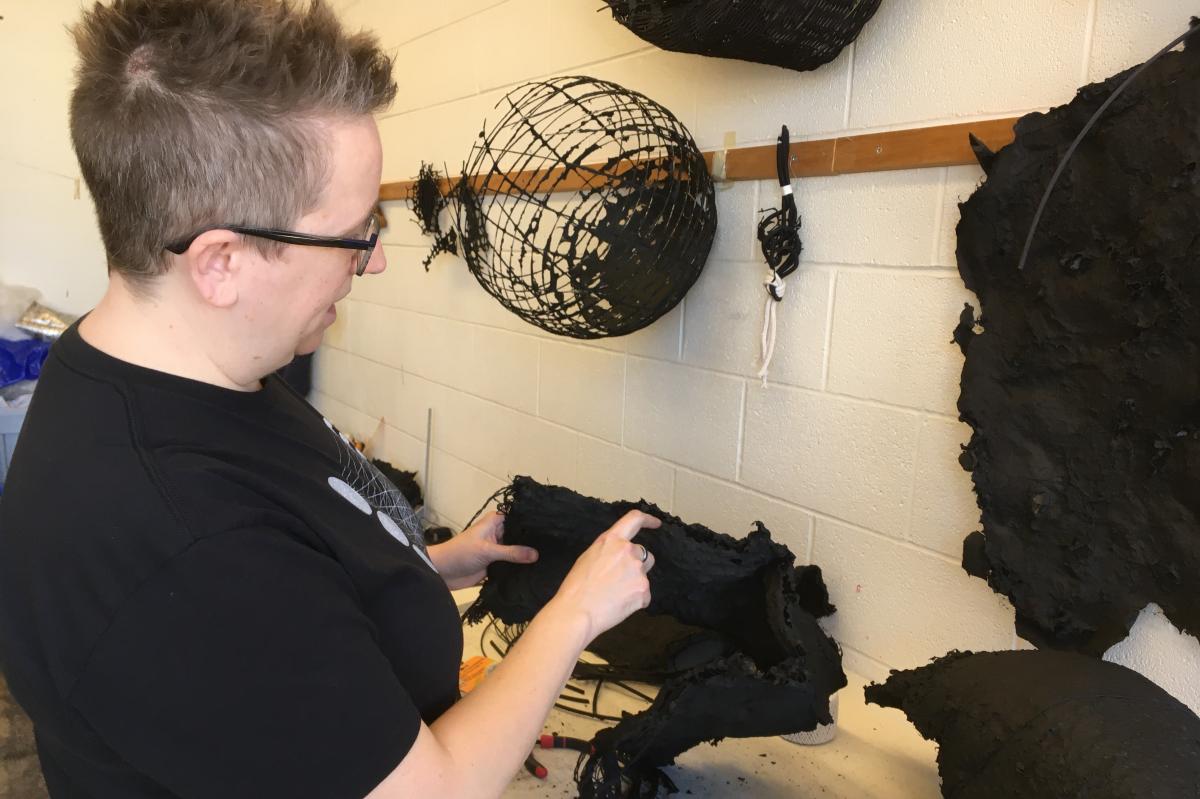 This week, we explore the roles textiles have played in political movements, how artistic production can create space to think about intergenerational trauma, and the quiet rebellions of some wives and mothers as they struggle to carve out something of their own. We talk with fiber artist Fafnir Adamites and share a review of two debut novels by Indiana women authors.

This is the second episode in a series I’m doing on textile politics. As I said in part one, I stole the phrase “Textile Politics” from a poster I saw for a class. Fafnir is the artist who taught that class. The class explored the role of textiles in community movements and activism. But as I spent time with Fafnir’s work, I realized we shared another interest, which is how we talk about, think about, represent and tell stories of, traumatic histories, and histories of people whose presence in the world has been erased. That erasure isn’t necessarily linked to trauma or oppression, but it often is, whether we’re thinking about the Middle Passage, of Africans taken as slaves across the Atlantic, or the Holocaust, or a lot of the history of women in general. So I wanted to talk about how we talk about trauma and memory. Or how we don’t talk about it, but make space for it. We can think about this in terms of public pieces, like the beautiful and haunting large spheres and husks Fafnir has made out of black paper, but also in terms of the process of making them. Fafnir’s process may not be visible in the final product, but the solitude and repetition of making felt and paper structures is still an important part of the work. We talk about gender and repetition, haunting, intergenerational trauma, paper, felting, and chaos versus the grid, and some of the roles textiles have played in political movements.

Yaël Ksander brings us a review of two new debut novels by Indiana women authors:  Split Open by Greta Lind and Making It All Right by Denise Breeden-Ost. As Yaël writes, each of these “deceptively conventional” debut novels charts the quiet rebellion of a mother and wife struggling to carve out something of her own.

This review is produced in partnership with Limestone Post magazine, where you can read the review in its entirety.

Additional: Join Breeden-Ost and Lind for an author talk, moderated by Yaël, at Morgenstern’s Books in Bloomington, Monday night, March 7 at 6:30 p.m.