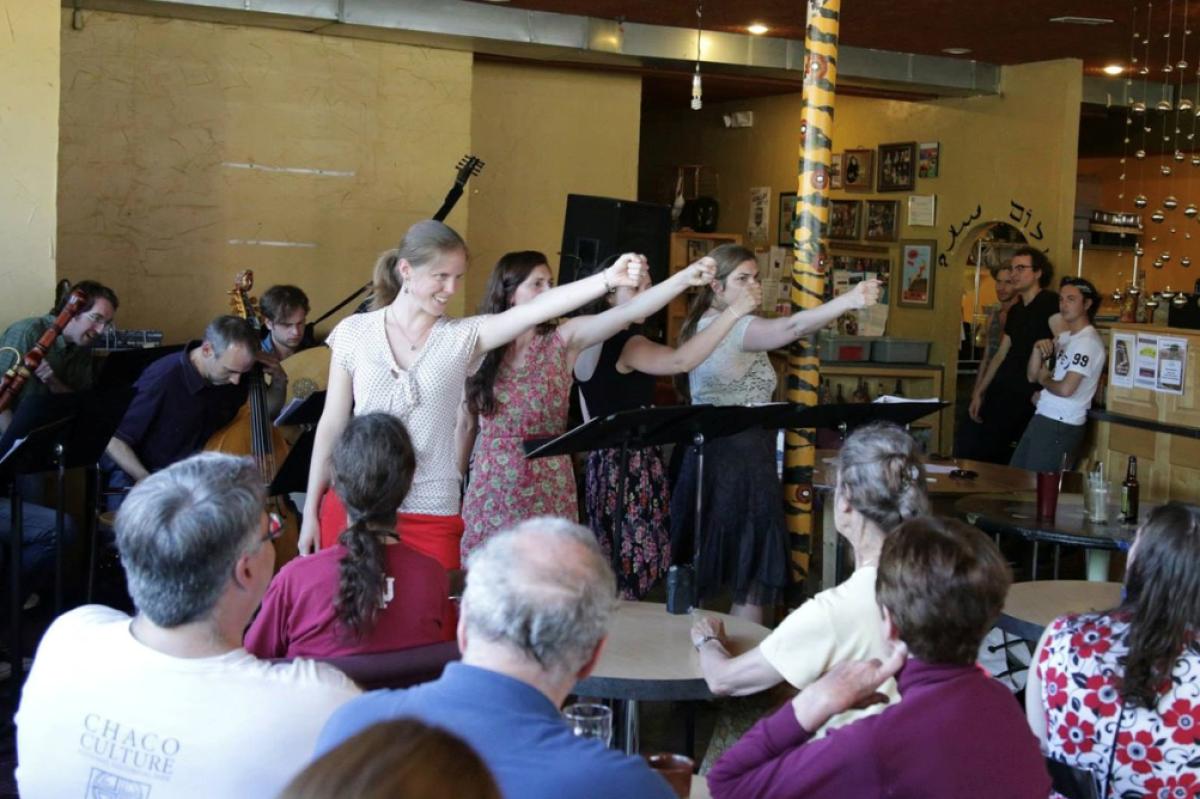 Spring is in the air, and that means it’s festival season. This week on Inner States, we have a series of conversations about, and inspired by, festivals. We hear about upcoming festivals in Bloomington. We explore Midwestern film festivals. We talk about why festivals matter. We get advice on preparing for festivals. We hear stories about getting rained out of festivals, and about dawn on a mountaintop, above the clouds, watching the sun rise - yes, that's about a festival too.

Danielle Look spent years as a traveling reporter on the music festival circuit. She has advice for how to get the most out of your festival-going experience. Hint: Don't wing it.

Part 2: A Proud and Meaningless Association of Human Beings

Granfalloon is coming up in Bloomington. It's a festival of literature, arts, and ideas, inspired by the work and spirit of Kurt Vonnegut. I talk with Ed Dallis-Commentale, Director of the Arts and Humanities Council at Indiana University, about what a granfalloon is (according to Vonnegut, who coined the term, it's a “proud and meaningless association of human beings," which, in case it's not obvious, is not always a good thing), about the meaning of festivals, and about haiku death matches, coming to a downtown near you (if you live near Bloomington, at least).

The Bloomington Early Music Festival is celebrating women in early music this year. For our main segment this week, I spoke with Suzanne Melamed, president of Bloomington Early Music, and Ingrid Matthews, a violinist and board member of BLEM, about how late in history you can go and still call the music "early," about notable women in early music, about what second-wave feminism has to do with the revival of early music, and more.

Part 4: Shilling for the Midwest

For our regular Midwest Movies segment, Alicia Kozma, Director of the IU Cinema, joins me to shill for the Midwest. This time, it's about regional film festivals, including the Heartland Film Festival in Indianapolis, and Ebertfest, in Champaign, Illinois. We recorded this conversation right before this year's Ebertfest, but its time has now passed. Hopefully our conversation will get you excited for next year's.

We end with one more story from Danielle Look, about staying up all night at a mountaintop music festival and catching the sunrise before finally going to bed.

Our theme song is by Amy Oelsner and Justin Vollmar. Thanks to Ingrid Matthews for sharing recordings from her album Jacquet de la Guerre Violin Sonatas on the Wildboar label. Ingrid, on violin, is joined by harpsichordist Byron Schenkman and Margiet Tindemans on viola da gamba. We have additional music from the artists at Universal Production Music.