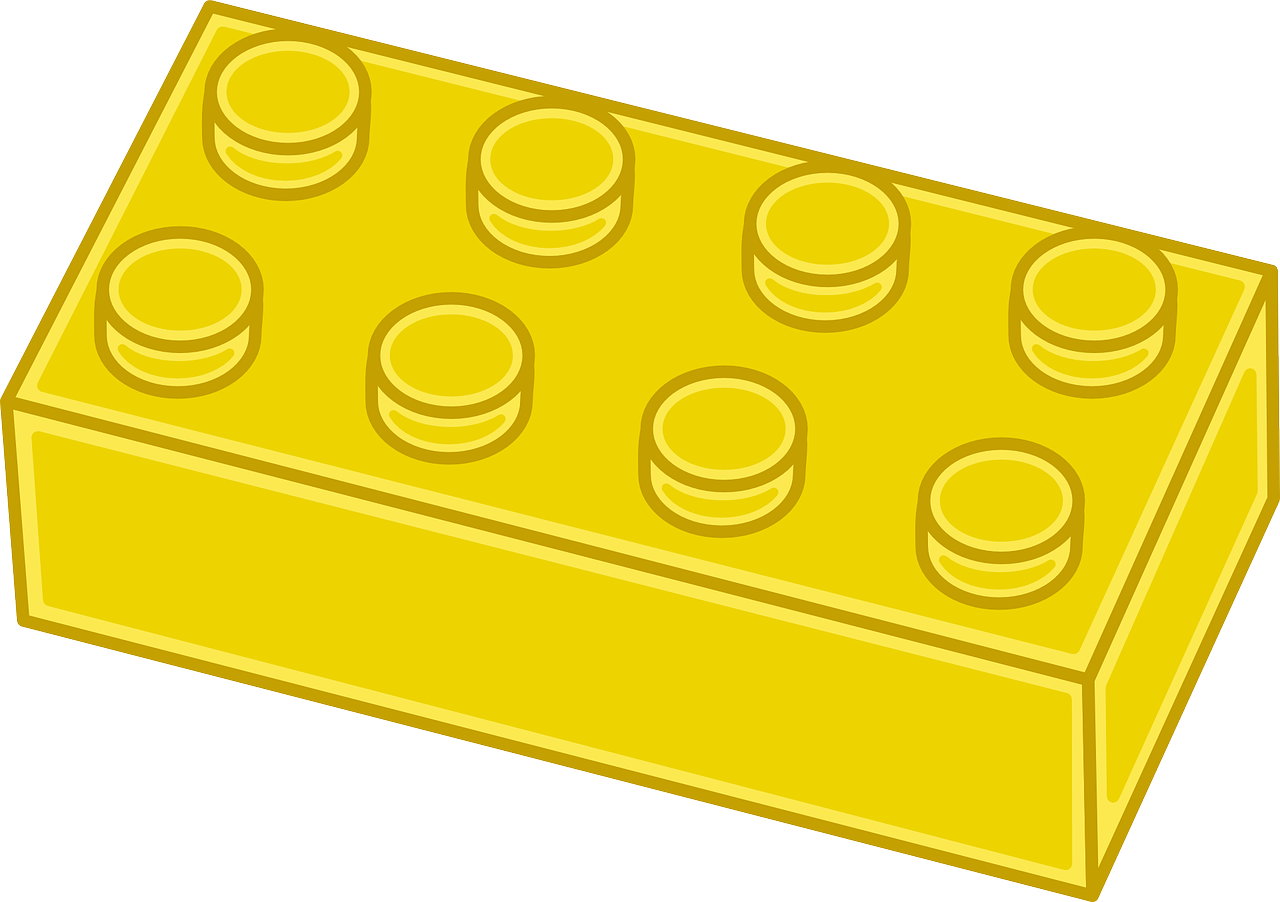 This week, the Ether Game Brain Trust is keen as mustard to bring you a playlist from our classical music quiz on the color yellow. If you aren't yellow-bellied, browse below for our favorite selections.

Johann Sebastian Bach (1685-1750) Goldberg Variations, BWV 988: Aria and Variations 1-5 Born in Toronto in 1932, Glenn Gould was already famous in the Great White North by age 21. But it was his first recording of Bach’s Goldberg Variations from 1955 that made him a worldwide sensation—for both his musicality and his eccentricity. If you were a hip intellectual in the late 1950s, it’s likely that Gould’s Goldberg Variations would be sitting on your shelf, right next to your Miles Davis records and your copy of Kerouac's On the Road. This record also helped shape our notion of Gould as the eccentric performer. Columbia Records made a point to advertise Gould’s odd behavior along with the release of the album, describing how he brought his own special piano chair, a batch of towels, bottles of spring water and pills to the recording session.

Wolfgang Amadeus Mozart (1756-1791) Flute Concerto in G, K. 313 When it comes to the relationship between color and music, you often hear, especially on Ether Game, about synesthesia, because several significant composers (Scriabin, Messiaen, Michael Torke to name a few) have claimed to have it. The truth is that the subject is somewhat controversial, as the condition varies widely from person to person. For example, it's not often that composers agree on the same color associations with certain keys and harmonies. There have been some exceptions to the  ambiguity however. In a 2013 study at UC Berkeley, researchers found that in three separate experiments, a significant number of participants associated Mozart’s first flute concerto with the color yellow from a choice of thirty seven different colors. Listeners, did you hear the color yellow with this piece?

Johann Strauss, Jr. (1825-1899) Wo die Zitronen bluehn [Where the lemons blossom], Op. 364 After the successful premiere of his opera Die Fledermaus, composer Johann Strauss II, the waltz king of Vienna, went on a concert tour of Italy, temporarily handing off the baton to his youngest brother Edward. As a gift to the Italian audiences, Strauss wrote this lovely waltz originally titled Bella Italia (“Beautiful Italy”), and it premiered in Turin in 1874  When he returned to Austria, he decided to rename the work something that had a stronger connection to home. He called it “Wo die Zitronen blühen” or “Where The Lemon Trees Bloom.” Viennese audiences would recognize this phrase (“Kennst du das Land wo die Zitronen blühen”) as a line from the famous Goethe novel Wilhelm Meisters Lehrjahre, where the character Mignon evokes the warm south and longs for her lost home in Italy, the land where lemon trees grow.

Nicolai Rimsky-Korsakov (1844-1908) The Golden Cockeral Suite Rimsky-Korsakov’s final opera, The Golden Cockerel, was quickly composed, but getting the work past the censors was a different matter. The work’s portrayal of a lazy dictator and wasteful warfare struck a raw nerve in the wake of Russia’s defeat in the 1905 Russo-Japanese War. It was probably also not a good idea to have the work end with the king being killed by the cockerel, who pecks him on the head! The censors were fighting a losing battle, since the libretto was based on a Pushkin play already in wide circulation. Not only was the opera finally performed in 1909, but it also entered the repertoire outside of Russia. As it happens, Pushkin based his false folktale on two stories by Washington Irving: “The House of the Weathercock” and “Legend of the Arabian Astrologer.”

Peter Ilyich Tchaikovsky (1840-1893) Six Songs, OP. 57: No. 2, On the golden cornfields Tchaikovsky wrote over a hundred songs, many of which are organized into collections of “romances.” Romances were the Russian equivalent of the German lieder, and was an enormously popular genre in Russia from the 19th century to the 1950’s. Tchaikovsky wrote them continuously during his entire career, and they serve as a kind of musical journal for his artistic development. Romances usually reflected the emotional needs of society during the social and politically turbulent times in late 19th century Russia. Melancholy, emotional intensity and lyricism generally defined these works. Tchaikovsky’s “On the Golden Cornfields” with words by the poet Alexey Tolstoy, reads like a gloomy monologue of tragic and bitter regret, blurring the lines between hymn and recitative accompanied by funeral bells.

Georg Philipp Telemann (1681-1767) Canary Cantata True to his reputation as one of the most prolific composers in western music history, Telemann wrote 1700 cantatas during his career. Most of these are on religious themes, as he was required to compose two sacred cantatas every Sunday once he was appointed Kantor of the Johanneum Lateinschule in Hamburg in 1721. However a large number are secular cantatas as well, the result of commissions for civic and private ceremonies. One of these more curious cantatas is titled “Cantata of Funeral Music for an Artistically Trained Canary-Bird Whose Demise Brought the Greatest Sorrow to His Master, and seems to have been commissioned by a pet owner bemoaning the loss of his bird who was killed by a cat. Simultaneously comical and sincere, the cantata incorporates many sighing motifs where the plaintive narrator laments how Death devoured his bird, but also illustrates his wish that the canary will destroy Death by tearing apart his entrails from the inside.

André Previn (1929-2019) Honey and Rue Honey and Rue began as an idea that singer Kathleen Battle had after reading the words of novelist Toni Morrison. She recalls that she felt a sense of thrill at the idea of hearing Morrison’s words set to music. She turned to friend and frequent collaborator, pianist Andre Previn to write the music, and the two convinced Toni Morrison to join them and contribute words, even though Morrison had never been, or considered herself a lyricist. The joint effort of these three artistic titans, made possible with a commission by Carnagie Hall in 1992, was Honey and Rue, a six part song cycle that infused lush orchestral writing with jazz influences, poetry and the silvery voice of Kathleen Battle. The cycle has no specific story, instead conveying what Morrison described as “images” of yearning, satisfaction and resolution

Jett Hitt (b. 1967) Yellowstone for Violin and Orchestra In 2003, music professor and pianist Jett Hitt switched career paths entirely to pursue his other passion, horses. He became an outfitter in Yellowstone National Park, leading horse rides far into the western wilderness. Music must’ve still been on his mind however, for after breaking in a horse named Jitter by traversing more than 1’200 miles in Yellowstone, he was eventually inspired to finish this three movement concerto for violin and orchestra as an anthem to the majesty of America’s first and oldest national park.

Frank Zappa (1940-1993) Don't Eat the Yellow Snow Influenced as much by R&B as he was by avant garde classical music, Frank Zappa’s particular brand of rock was bizarre in a way that many considered distasteful. That being said, his  music has sustained a vast cult following, and his first major popular success came with the song “Don’t Eat the Yellow Snow,” (the first of three songs by Zappa to reach the Billboard Top 100 charts). Don’t Eat the Yellow Snow is the first movement of a musical suite that makes up the first four tracks of Zappa’s 18th studio album, Apostrophe, still his most successful album to-date. The opening, which we’ve been listening to, starts with Zappa recalling a dream in which he is an eskimo called Nanook who takes revenge on an abusive fur-trapper by rubbing the “deadly yellow snow” left by his dog team into his eyes and blinding him. The dreadful deed is represented musically by one of Zappa’s familiar and virtuosic guitar solos.