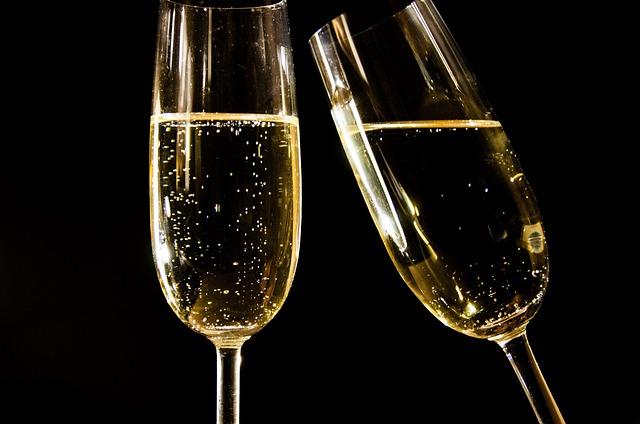 Ludwig van Beethoven (1770-1827) Symphony No. 9 in d, Op. 125 'Choral': iv- Finale Vladimir Putin’s decision to invade Ukraine in February affected major classical music institutions around the world, where many Russian (and Ukrainian musicians have performed for generations. Several prominent artists were ousted from prestigious commissions because of their connections to the Russian government or their response to the conflict, including conductor Valery Gergiev and opera singer Anna Netrebko. The majority of responses from symphonies, opera companies, ensembles and music halls have been acts  of solidarity with Ukraine. In March, less than a month after the invasion, the Metropolitan Opera organized a benefit concert to support Ukraine and its citizens, featuring stars of the company and the Met orchestra and chorus. The finale from Beethoven’s 9th symphony was performed as the final piece in the concert. With its long-remembered message of triumph and victory, the Ode to Joy has become an unofficial anthem of Ukrainian resistance.

Samuel Barber (1910-1981) Violin Concerto, Op. 14 While the covid-19 pandemic was undeniably catastrophic for live classical music performance, one benefit from The New York Philharmonic’s heavily stunted performance schedule was the completion of their renovated concert hall two years ahead of schedule. After decades of infamous acoustical problems, David Geffen Hall at the Lincoln Center underwent a 550 million dollar renovation, beginning in 2019. The acoustic-forward design shrinks the seating capacity to 2,200, and audiences can now sit on both sides of the stage, which can be reconfigured for different styles of performance. The New York Philharmonic officially returned to the hall with an opening gala on October 28th, where they performed Beethoven’s ninth symphony and premiered a new work by Puerto-Rican composer Angelica Negron.

John Williams (b.1932) Raiders March (from Indiana Jones and the Raiders of the Lost Ark) It was a big year for film composer John Williams. He completed his 31st collaboration with long-time friend and director Stephen Spielberg -A film called The Fablemans. The score has already been critically acclaimed and labeled as a serious contender for awards season. Standing atop one of the longest and most successful film composer careers in history, Williams announced this year that after seven decades in the film industry, The Fablemans would be his last original score. That leaves the upcoming 5th installment of the Indiana Jones franchise as the last film score Williams intends to complete before retiring from work in the movies. It will not be the last we see of him in classical music. Williams intends to spend his retirement composing smaller scale works and continuing to conduct the orchestral suites he created from his numerous and popular scores.

John Adams (b. 1947) Fearful Symmetries This year we observed a significant birthday for one of America’s most esteemed contemporary composers. John Adams turned 75 this year, and many orchestras around the world are celebrating with festivals dedicated to his music. Nonesuch Records, who have recorded Adams’ work exclusively since 1985, is releasing a 40-disc set of his complete works, which covers a span of over four decades of music. 2022 also marked important birthdays for several non-living composers. Both Scriabin and Vaughan Williams turned 150 and avant-garde composer Iannis Xenakis would’ve been 100 this year.

Ned Rorem (1923-2022) Sing, My Soul, His Wondrous Love This year unfortunately marks the deaths of three major composers of 20th and 21st century music. Ned Rorem, George Crumb, and Harrison Birtwistle all passed in 2022. Each of these composers have left important and influential legacies in classical music. Ned Rorem’s impressive oeuvre of over 500 hundred vocal settings of English-language poetry has greatly expanded the repertoire of American art song. George Crumb pushed avant-garde music beyond serialism and revolutionized the expressive possibilities of instrumental timbres with an entirely new vocabulary of extended techniques. And sir Harrison Birtwistle has explored the complex and tense relationship between the urban and pastoral through imaginative, multimedia operas.

Georg Philipp Telemann (1681-1767) Overture & Suite in D major for Viola da Gamba & Strings, TWV 55/D6: I . Ouverture Catalonian musician Jordi Savall was honored this year with entry into the prestigious Royal Philharmonic Society and the award of the society’s Gold Medal. The group has existed for over a century in the United Kingdom and serves to promote instrumental music of the highest caliber. Savall was honored for his over 50 years of work in early music. Alongside performing on viola da gamba, he has directed numerous medieval, Renaissance and Baroque music ensembles and released over 230 recordings. Although highly decorated in his many years of music, Savall does not take his awards for granted. In 2015, he famously turned down Spain’s national music award, citing the Spanish government's disinterest in the support and promotion of Spanish artists. With the RPS Gold medal, he joins a lineage of influential and international musicians, including Rossini, Liszt, Stravinsky, Marin Alsop, and Stephen Sondheim, to name a few.

Florence Price (1887-1953) The Oak In 2009, a large trove of original manuscripts by Florence Price was discovered in an abandoned house in southern Chicago. The collection was acquired by the University of Arkansas and made available to the public in 2015. Amongst Price’s autographs was a choir and orchestra piece titled Song of Hope that had never been published or performed. That changed this year when Song of Hope was officially premiered at Ithaca College by a giant vocal ensemble consisting of combined Ithaca college choirs and the Ithaca College Symphony Orchestra. The text of the work is a poem Price wrote herself in 1930 right after she had moved from her native Arkansas to Chicago.

Valentin Silvestrov (b. 1937) Prayer for Ukraine Prayer for Ukraine was composed in 2014 by Ukrainian composer Valentin Silvestrov in response to shootings that occurred after citizens in Kyiv protested over the Ukrainian government’s sudden decision not to create an association with the European Union. Silvestrov was in the area when the event occurred, having begun his musical career as a self-taught composer and worked as a freelance composer in Kyiv for fifty years. He fled the city in February following the Russian invasion in February and has remained in Berlin. His Prayer for Ukraine has gained new popularity this year after he arranged it for orchestra at the request of the London Symphony Orchestra who performed it in solidarity for Silvestrov’s home country. The song has since been performed many times around the world this year, including in its original choral version by the Met Chorus, as part of their own benefit concert for Ukraine.

Florence and the Machine Free “Free” was released this year by English Indie-rock band Florence + the Machine. Peaking at 27 on US alternative rock charts, it was named one of the twenty-five best songs of 2022 by the New York Times. Florence Welch has described the song as about her struggle with anxiety, even as her life has stabilized over a successful music career. Ironically it was completed just before the first Covid lockdowns began in the UK and has since been viewed by critics as one of the top in a burgeoning genre of covid response songs. The release of  “Free” also included a music video, featuring acclaimed actor Bill Nighy as an anthropomorphic manifestation of Florence’s anxiety. The video was shot by director Autumn de Wilde in Ukraine, giving the song an extra layer of meaning to Ukrainian citizens in 2022.