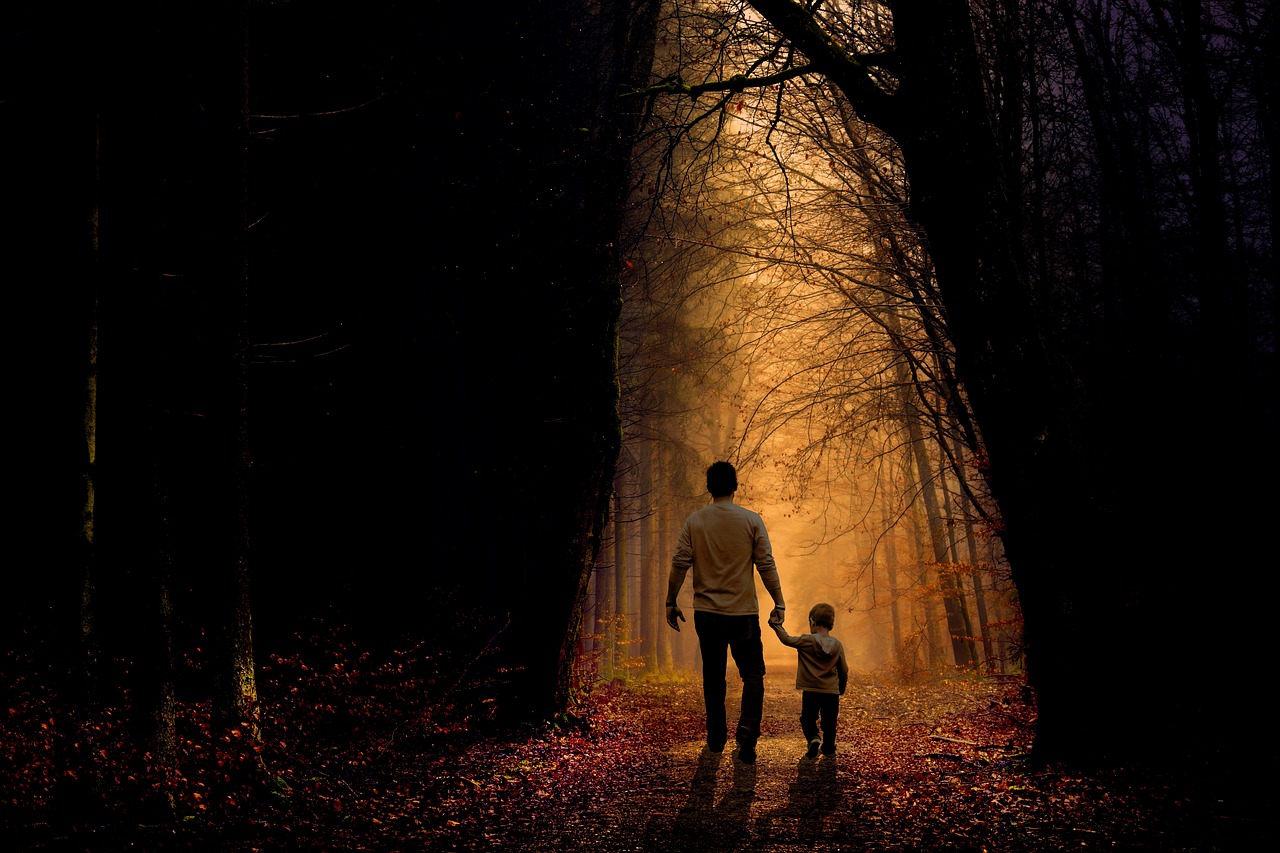 Musical fathers and mothers often produce musical sons and daughters. This week we gathered our favorite pieces produced by musical progeny in celebration of Sons and Daughters Day. Browse the playlist below of our favorite musical offspring.

Wolfgang Amadeus Mozart (1756-1791) Piano Concerto No. 21 in C, K. 467: II. Andante Mozart is the ne plus ultra of musical child prodigies, but as it turns out, he may have been as good as he was thanks to a little sibling rivalry. Mozart had an older sister named Maria Anna (or the nickname Nannerl), who was also a gifted harpsichordist. Her father Leopold even called her “one of the most skillful players in all of Europe.” The precociousness of the Mozart children convinced Leopold to take their act on the road. They embarked on several Grand Tours, performing concerts in courts throughout Europe, including Vienna, Mannheim, Munich, Paris, Brussels, London, Zurich, The Hague, Verona, Florence, Rome, and Milan. Societal pressures forced Nannerl Mozart into early retirement, while her older brother pursued a musical career. But the two children remained close until Mozart was married, with Wolfgang sending copies of his piano concertos to his sister.

Domenico Scarlatti (1685-1757) Sonata in E-flat, K. 193 While his father Alessandro was closely associated with Neopolitan opera, the younger Scarlatti made his biggest mark with keyboard music, producing several hundreds of sonatas. His keyboard sonatas are almost instantly recognizable for their distinctive style, infused with the influence of the Iberian Peninsula (that’s Portugal and Spain). He often wrote in the Phrygian mode, and used tonal inflections that were previously unheard in most European art music. Scarlatti spent most of his life as the musical instructor to several members of the royalty of Portugal and Spain. He was greatly impressed with the talent of his royal pupils, and the pleasure he took in writing new harpsichord works for them is evident in the virtuous and often humorous quality of his sonatas. His student Queen Maria Barbara of Spain ultimately kept Scarlatti employed at her royal court in Madrid for the rest of his life.

Gaetano Donizetti (1797-1848) La Fille du Regiment: 'Chacun le sait' In this opera, the 21st regiment of the French Army is stationed in a small Austrian village, where a local young man named Tonio falls in love with Marie, the titular “daughter of the regiment.” Marie loves Tonio back, but she’s been told that she can only marry a soldier in the 21st regiment. Marie sings this aria, which is the French army’s company song within the opera: “Chacun le sait, chacun le dit” or “Everyone knows it, everyone says it.” Motivated by his love for Marie, Tonio enlists in the French army so the two can be together. He then sings Ah! mes amis, quel jour de fête, one of the most difficult tenor arias in the repertoire, which is often called “the mountain” for its use of nine high Cs.

Richard Wagner (1813-1883) Siegfried Idyll As the son of famed opera composer Richard Wagner, it must have been difficult to avoid the family business. Wagner’s son tried, first pursuing architecture, but he later became a composer, conductor, and eventually the director of the Bayreuth Festival, the opera festival his father founded. After all, his connection to the Wagner legacy was right there in his name. Wagner named his son Siegried, after the main character from the Ring-cycle opera he was composing at the time of his son’s birth. The orchestral work Siegfried Idyll (ee-DUL) was a gift to his wife Cosima, upon the birth of their son Siegfried, and these themes were later incorporated into the opera. For what it’s worth, Richard Wagner’s own father was not very musical: he was a clerk for the Leipzig police. However, his father-in-law on the other hand was extremely musical. His name was Franz Liszt.

Fanny Mendelssohn (1805-1847) Das Jahr: 'August' Like Leopold Mozart, Abraham Mendelssohn had an unusually musical son and daughter pair. Felix and Fanny Mendelssohn matched Wolfie and Nannerl Mozart in many ways. They also exchanged musical ideas throughout childhood, the sisters of both pairs were the older siblings, and most importantly, both Fanny and Nannerl were equally matched to their brothers musical talent, but not able to pursue that talent professionally because of patriarchal social constraints. Unlike Nannerl however, Fanny Mendelssohn’s music survives, and was published after her death. Of the 460 cantatas, chamber works and solo piano pieces that she wrote, Das Jahr continues to be her most popular work. Fanny has recently become the subject of more research, as musicologists attempt to restore her and her music to its rightful place in music history. In 2018, a museum opened in Germany on the Felix and Fanny Mendelssohn, and highlights the dedication of both son and daughter to the craft of music.

Modeste Mussorgsky (1839-1881) Khovanshcina: Solemn March Mussorgsky came up with the idea for his opera Khovanshchina in 1872 and began work on it the next year. Like his other dramas, the opera focuses on a period of Russian history: The attempt by Prince Ivan Khovansky to de-throne Peter the Great and install himself as regent of Russia. Prince Ivan has a son named Andrey, around whom the love- triangle subplot of the opera revolves. The opera portrays a violent period of Russian history. Andrey succeeds Ivan, who is murdered by Peter’s agents. However, by the end of the work, he and his lover self-immolate in a giant funeral pyre for his father’s followers. Like many of Mussorgsky’s works, the opera was incomplete when Mussorgsy died in 1881. Rimsky-Korsakov completed Khovanshchina, and it was first performed in 1886.

Jan Ladislav Dussek (1760-1812) Piano Concerto in g Minor, Op. 49: Allegro The Bohemian composer Jan Ladislav Dussek came from a musical family. His father was a well-known organist, and his mother was a talented harpist. It comes as no surprise that three of their eight children would become noted musicians as well. Jan Dussek was trained in piano, organ and voice, and though he was educated in Prague, he did not stay there, preferring to teach and tour all over western Europe with performances on piano and the glass harmonica. He was very popular in aristocratic circles, and received praise from C.P.E. Bach and Haydn, who was particularly impressed at his talent. Dussek’s music is perhaps unjustly compared to Beethoven and Schumann. Though his compositions do exhibit early Romantic traits, they were actually being published well before such composers were known, marking Dussek as truly before his time. He is also credited with encouraging the development of the six-octave piano, and was one of the first composers to write for an extended range.

Scott Frankel (b. 1963) Grey Gardens: Revolutionary Costume for Today When the Maysles Brothers released their documentary Grey Gardens in 1976, audiences could not look away from the fascinating life of Big Edie and Little Edie Bouvier Beale. The mother and daughter lived in high society as members of the American gentry until a failed marriage and family drama pushed the Beales to near poverty, living as eccentric recluses in Big Edie’s run-down summer home in the Hamptons. Filmed in the Maysles’ signature Direct Cinema style, Grey Gardens puts the Beale’s larger-than-life personalities and volatile relationship on full display. 30 years later, this cult classic was made into a musical, with the first act depicting a speculative recreation of the Beale’s opulent early life, to a sometimes word-for-word repurposing of the documentary in the second. This opening number from Act 2 focuses on Little Edie’s quirky fashion sense and her penchant for using an abundance of scarves, towels and brooches to create surprisingly sophisticated outfits. After the success of Grey Gardens, Little Edie became a style icon and has had a fan following ever since.

Nancy Sinatra (b. 1940) Bang Bang (My Baby Shot Me Down) (1966) Being the daughter of a legendary singer was both a blessing and a curse for Nancy Sinatra. She had all the connections she needed to become a successful pop singer, and yet, she felt she was either misunderstood or not taken seriously. Her collaboration with Lee Hazelwood led to several hits in the mid-Sixties, including the iconic “These Boots are Made for Walking” as well as her cover of Bang Bang (My Baby Shot Me Down), previously recorded by Cher. However her connection to her father’s music (including a duet released in 1967) put her squarely on the wrong side of the generation gap. Having had enough of the music industry by 1972, she officially retired from performing to raise her children. Thirty years later she returned to touring and recording, thankfully finding a much more receptive audience who regarded her as a star.