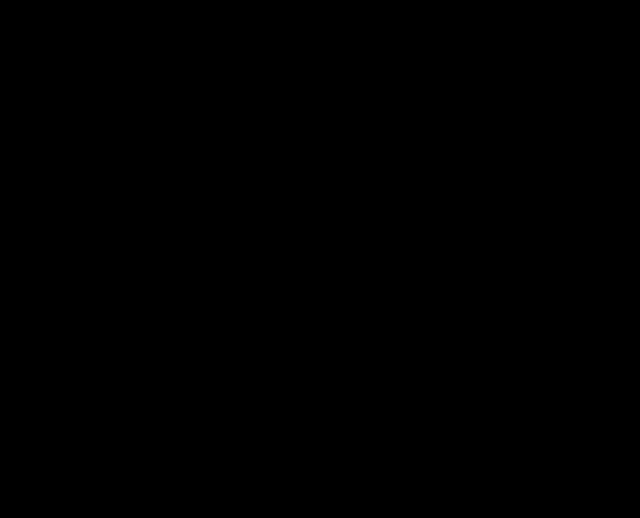 Wolfgang Amadeus Mozart (1759–1791) The Magic Flute: The Queen Of The Night Aria One of the most brilliant displays of vocal agility can be found in the so-called “Queen of the Night” aria from Mozart’s The Magic Flute. The aria requires the singer to hit an F two octaves above middle C, a range rarely found in opera. The role was firs premiered by Mozart's sister-in-law, soprano Josepha Weber, who, after a highly successful premier, would continue to perform as the Queen of the Night for ten more years. In this flight of vocal fancy, the Queen of the Night tries to convince her unwilling daughter, Pamina, to kill the wise priest of the sun, Sarastro. She offers her daughter an ultimatum: murder Sarastro or be forever cursed. Sarastro catches on to the Queen’s conspiracy and saves Pamina from the evildoing of her mother. The opera was hugely successful, and in 1792, one year after Mozart's death, it celebrated its 100th performance.

William Walton (1902–1983) Crown Imperial March Commissioned by the BBC for the coronation of England's King Edward VIII, William Walton's famous Crown Imperial march wound up being written for the crowning of Edward's brother, George, instead. The scandal created by Edward's love for the American divorcee Wallis Warfield Simpson brought public opinion of the monarchy to one of its lowest points, and caused him to abdicate the throne. George VI was crowned King of England in Westminster Abbey on May 12, 1937. Developments on the European continent at the time were extremely troubling, and England soon declared war on Germany in September, 1939. Although victorious, George VI lost his title as Emperor of India, following the partition of that country into India and Pakistan. By the time his short, troubled reign ended with his sudden death in 1952 however, George had successfully left the monarchy in better shape than he had found it, despite losing the title of Emperor of India.

George Frideric Handel (1685–1759) Solomon: Arrival of the Queen of Sheba In Act II of Handel’s oratorio Solomon, the wise king of Israel is beset with difficult challenge. It’s now a familiar tale: Two women have approached his court, both claiming to be the mother of the same baby. Solomon offers to cut the disputed property in two and give half to each claimant. One woman concedes to his idea, yet the other begs Solomon to give the baby to her opponent before doing any harm. This woman is deemed to be the true mother and Solomon returns the child to her. Handel’s Solomon is a portrait of a just, humane, and prosperous ruler. And when the Queen of Sheba arrives in Act III, she is amazed by the splendor of his court. The composer’s patron, England’s King George II, surely cherished the analogy.

Gustav Holst (1874–1934) The Planets: Jupiter, The Bringer Of Jollity Jupiter is, of course, the king of the planets. The largest planet in our solar system, over 1300 earths would fit inside of it. However, Gustav Holst’s Planets suite takes its inspiration more from the “characters” of the associated Greco-Roman deities, instead of from the celestial bodies themselves. No matter. The deity Jupiter was also the ruler of the Roman gods! The regal nature of this movement has translated into more earthly royalty, too. “Jupiter” was played at the coronation of Queen Elizabeth II in 1953. But years earlier, Holst took the stately theme from the middle of the work, and adapted it into a hymn tune. He set that hymn to the words of a patriotic poem Cecil Spring Rice called “I vow to thee, my country,” which is now sung at many British patriotic events and state funerals. The tune continues to show up in hymnals under the name Thaxted, named after the small English village where Holst lived.

Franz Joseph Haydn (1732–1809) Symphony No. 85 in B-flat Major, "La Reine" ("The Queen"): IV. Finale: Presto Haydn received a commission in the 1780s to write his set of works known as the “Paris” symphonies. It came from a French nobleman, for an amount of money that was described at the time as a “colossal prize.” The music was also said to be fit for a queen. So, when Marie Antoinette, wife of Louis XVI and Queen of France, pronounced the symphony to be her particular favorite, it received the nickname of “La Reine de France.” From a marketing standpoint, this was a clincher for Haydn. The subtitle added to the music’s already enormous popularity. Unfortunately, Marie Antoinette wasn’t able to hold on to her own popularity in France—and to her own head. When the French Revolution broke out, the Queen and her husband were forced into the Tuileries palace in Paris where they were held prisoner, and later executed in dramatic fashion.

Max Steiner (1888–1971) King Kong: Main Title; A Boat In The Fog; The Forgotten Island The original 1933 King Kong film was groundbreaking in its time and remains iconic. The brainchild of writer Merian C. Cooper, the film had everything: a beautiful woman, a terrifying beast, exotic locales, special effects, and a dramatic score by the original king of film composers, Max Steiner. Originally, the production company RKO didn’t want to invest in a brand new score. But Cooper knew the film needed it, so he personally bankrolled Steiner, and later had the studio reimburse him after the success of the film. This score was Steiner’s first real breakthrough, and the music and plot were intertwined. The story also allowed him to do some more daring experiments. He said quote, “it was the kind of film that allowed you to do anything and everything, from weird chords and dissonances to pretty melodies.”

King Henry VIII Of England (1491–1547) En Vray Amoure; Pastime With Good Company Although most associate the name of King Henry VIII with an excessive marital history, he was admired in his youth as the “ideal of the comely renaissance prince.”  Besides the lute and harpsichord, Henry VIII played the harp and recorder, and one 1515 account tells us that the King “himself practiced the organ day and night.” A total of thirty-four compositions have been attributed to Henry VIII, in a variety of vocal and instrumental styles.  Many have accused the king of borrowing from continental sources, however the only music Henry VIII definitely borrowed was from the manuscript Harmonice musices Odhecaton A, published in 1501 by the Italian publisher Ottaviano Petrucci. Petrucci published works by Josquin Des Prez and Jacques Brummel, and is credited as the first significant publisher of polyphonic music. Modern music publishers have immortalized the name of Petrucci as a popular music notation font.

William Lawes (1602–1645) Royall Concerto Sett No. 4 in D: Paven In the years after John Dowland but before Henry Purcell, composer William Lawes reigned as the greatest composer in England. Working in the early 17th century, Lawes was employed by King Charles I, even before Charles was coronated in 1625. Although his teacher John Coprario was the King’s composer-in-ordinary, Lawes became known for being a master of the 12-course theorbo (essentially, a very large lute), and wrote many royal consorts for the king. Lawes was so loyal to King Charles I that he actually fought and died alongside him in the English Civil War. Charles lamented Lawes, calling him “The Father of Musick.” However, King Charles met his own demise shortly after. Both he and his son Charles II were defeated in the English Civil War, overthrown by the military leader Oliver Cromwell.

Jane and Leonard Feather How Blue Can You Get? B.B. King is often referred to as the “King of the Blues,” but he’s not the only one who bears that royal moniker. He shares that title with both Albert King and Freddie King, two similarly regal blues guitarists, although none are related. In their own way, each of the three kings of blues guitar have reigned over the genre of the blues. Both B.B. and Albert were born in Mississippi in the 1920, and Freddie was born a decade later in Texas. All three combined a down-home Delta blues style with a more refined, urban blues style putting the electric guitar at the center. B.B. King differed from his kingly brothers mostly in his guitar tone. B.B.’s guitar playing was shimmering and clean, inspired by many jazz guitarists. B.B. King also had other honorifics bestowed upon him, including a National Medal of Art and a Kennedy Center Honor