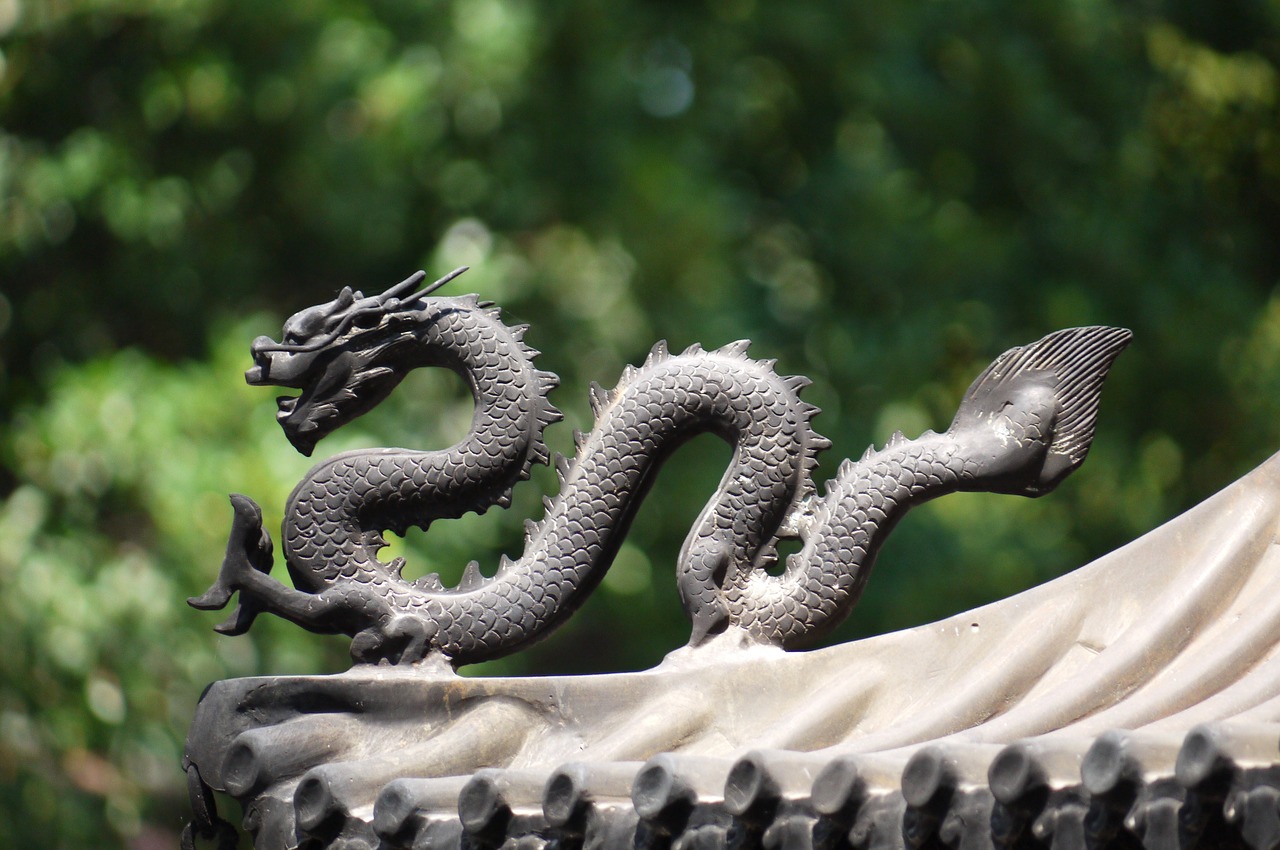 This week’s theme is “The Middle Kingdom,” We explore the connection between classical music and China, which is deeper and more complicated than you might assume. Get ready to traverse the Great Wall with our playlist!

Ludwig van Beethoven (1770-1827) Symphony No. 9 in d, Op. 125 'Presto"  China’s thriving music traditions are thousands of years old, and many have little in common with western classical music. The music of Beethoven however, is a major exception and has been a part of China’s modern musical identity for almost a century. The Chinese recreated Beethoven as representing the fundamentals of the proper  Chinese lifestyle. For example, the Chinese believe that a successful life requires both hardship and triumph, and Beethoven’s own battle with deafness exemplified this. During the Cultural Revolution, Beethoven’s music was banned in the 1960s because it was deemed a part of old Chinese culture, along with many traditional Chinese arts. Several Chinese orchestral musicians were arrested and even executed for continuing to play Beethoven’s music. When Beethoven’s symphonies were again broadcast on Chinese radio in 1977, many saw it as the true end of the Cultural Revolution. The full story on this fascinating connection to Beethoven can be found in the book Beethoven in China.

John Dowland (1562-1626) Lachrimae John Dowland’s Lachrimae or Seaven Teares was published in London in 1604. It represents the fruits of a period spent in the service of the King of Denmark, who cultivated a cosmopolitan court of famous musicians and artists. The collection is famous for being the first collection of dance music not written in separate parts, but rather in a single songbook format. Lachrimae is drawn primarily from music Dowland had already composed while in Elizabethan England. You might be wondering why this piece has a connection to China. It’s surprisingly hard to tell, but the lute part in the recording we just listened to by the Kronos Quartet was actually recorded on a traditional chinese instrument called the zhong ruan. The instrument is perfectly round with four strings and is often called the Moon lute by English speakers. The performer is Wu Man, one of China’s most famous traditional musicians, known primarily for introducing another chinese lute to the western word, the Pipa.

Claude Debussy (1862-1918) Estampes: Pagodes It was a serendipitous moment when Debussy attended the Universal Exposition at Paris in 1889. He had just turned his back on the musical conventions of his Paris Conservatory education, and the success of “debussyism” would not be for another ten years. His discovery of Javanese music through a presentation of the Gamelan ensemble at the exposition was a revelation for the composer, who was impressed by the gong music's complex polyphony and seemingly endless melodies, which Debussy described as an “infinite arabesque.” He would incorporate these Eastern-inspired ideas into many later works, especially into “Pagodas” the first movement of his piano suite “Estampes” (That's “prints” in French). The reference to visual art in the title is very appropriate, Debussy directed that this highly impressionistic piece be played with little rubato and “without nuance” focusing instead on creating washes of color and a sense of stillness found in Japanese prints and Chinese painting. Debussy makes use of four different pentatonic scales in this piece, stacking them together to suggest the towering graceful eaves of a Chinese pagoda surrounded by a tranquil and serene temple garden.

Hector Berlioz (1803-1869) Funeral and Triumphal Symphony: Apotheosis Berlioz composed his Grand Funeral And Triumphal Symphony for the 10th anniversary of French independence in July of 1840. Though he was no great nationalist himself, he accepted the commission to write ceremony and processional music for Bastille Day after the French government offered him 10,000 francs for it. Berlioz claimed to have written the entire score in just under 40 hours, and though the piece calls for 200 wind and brass players, he also composed optional string and chorus parts. Included among the ranks of military percussion is an obscure, 18th century drum corps instrument called the “chapeau chinois” or chinese hat. Also called the Turkish Crescent, it consists of many small bells which are suspended around a conical brass disk and put atop a large pole. The player shakes the pole up and down, causing the bells to ring in the manner of the Turkish military band music that was fashionable in Paris.

Here's a video of the Chinese Hat. Note that when the musician strikes the instrument, many of the bells fall off!

Giacomo Puccini (1858-1924) Turandot: 'Signore, ascolta' While collaborating on Puccini’s final opera Turandot, the composer and his librettists worked from an adaptation of the story by Romantic poet Friedrich Schiller. Although Schiller’s play and Puccini’s opera were deadly serious, the play had originally been a satirical farce by late 18th-century Venetian playwright Carlo Gozzi, who based his play on a twelfth century Persian epic called The Seven Beauties. “Turandot” is a Persian word meaning “the daughter of Turan” and was a common word used in Persian poetry to identify Central Asian princesses. That being said, Puccini chose instead to set his opera in China, having received a gift from the Italian ambassador to China during the opera’s composition of a music box that played several Chinese folk songs. These folks songs would eventually appear throughout the music of the opera, along with the Chinese national anthem.  Puccini also had a set of thirteen gongs commissioned specifically for the music of the opera.

John Adams (b.1947) China Gates China Gates is one of John Adams earlier piano works, and was composed for the then-seventeen year old pianist Sarah Cahill. The constant eighth note patterns in the music suggest steady rainfall, which Adams attributes to writing the piece during the rainy season in northern California, where he was living at the time. He describes the piece as a near-perfect musical palindrome which delicately oscillates between musical modes, giving attention to light and dark and the shadows that exist between them. After completing China Gates in 1977, Adams would compose a companion piece the next year titled Phrygian Gates, a performance of which is nearly five times longer than the earlier piece. Phrygian Gates has many similarities with its focus on modes, permutations and repetitive successions of rhythmic patterns, though is much more dramatic than its precursor. Both pieces are hypnotic and evoke a trance-like state, most likely influenced by Adam’s interest in dreams, mystical poetry and transcendentalism.

Lou Harrison (1917-2003) Six Sonatas for Cembalo: Nos. 4 & 5 Lou Harrison spent his most formative years surrounded by the culturally diverse milieu of San Francisco, where in Chinatown one could encounter street performances of traditional Chinese music and see traditional Chinese opera at the Mandarin Theatre. Admission to the opera was cheap, and Harrison could attend performances every week. He became familiar with Chinese music before he had even seen a single western opera, which he described as “pretty stuffy.” Harrison’s enthusiasm for Chinese music was unique at a time when many avant-garde composers in the 1930’s were following in the footsteps of Schoenburg, however multiculturalism would become a key aspect of Harrison’s work as he went on to study Korean, Indonesian, and Native American music amongst many others. Much of his music requires unique combinations of instruments from different cultures, such his Concerto for String Orchestra and Pipa (a Chinese lute with four strings) and Pacifika Rondo which calls for several traditional Chinese, Indian, and Japanese instruments alongside orchestral ones. Additionally Harrison had an interest in early music. This collection of short keyboard sonatas features music written in Eastern scales but is to be performed on the cembalo, an alternate italian term for the harpsichord.

Tan Dun (b.1960) Symphony 1997: Heaven, Earth, Mankind (Song of Peace) Contemporary Chinese composer Tan Dun is perhaps best known today for composing the score to the international film Crouching Tiger, Hidden Dragon and music for the 2008 Beijing Olympics. Like some of his biggest influences, Philip Glass, John Cage, and Meredith Monk, Dun has incorporated mixed media and non-traditional instruments into many of his compositions. His Symphony 1997 was written for the reunification of Hong Kong and China, and in the work, Dun incorporates the bianzhong, a group of 65 ancient bronze ceremonial bells, discovered at a tomb excavation in 1978. The symphony has many layers, including the song for peace we just listened to, a cello concerto, and quotes from Beethoven’s 9th symphony, all mixed into the work as a whole. This and many of the composer’s works are inspired by the Yi-Ching, which, as Dun puts it, attempts to balance the visible (that which already exists) with the invisible (that which has not yet come to be).

Billy Joel (1993) The Great Wall of China Billy Joel has a stronger musical pedigree than you might think. His father Helmut Joel was a European-born classical pianist, who emigrated to the U.S. to escape the Nazi regime. Many of  Joel’s songs are on the theme of travel, but The Great Wall of China has a deeper meaning. In the late 80s. Joel began a four year lawsuit against his former manager Frank Weber for mismanaging his finances. The lyrics of The Great Wall of China mostly bemoan Weber’s lack of faith in Joel’s intuition, with a chorus that tells Frank over and over that if Weber had listened to him, they could have toured and spread Joel’s music all the way to the Great Wall of China. The choice of locale was not particularly significant. Joel had already toured in Russia and Cuba, and felt that China was still unexplored territory for many western musicians.