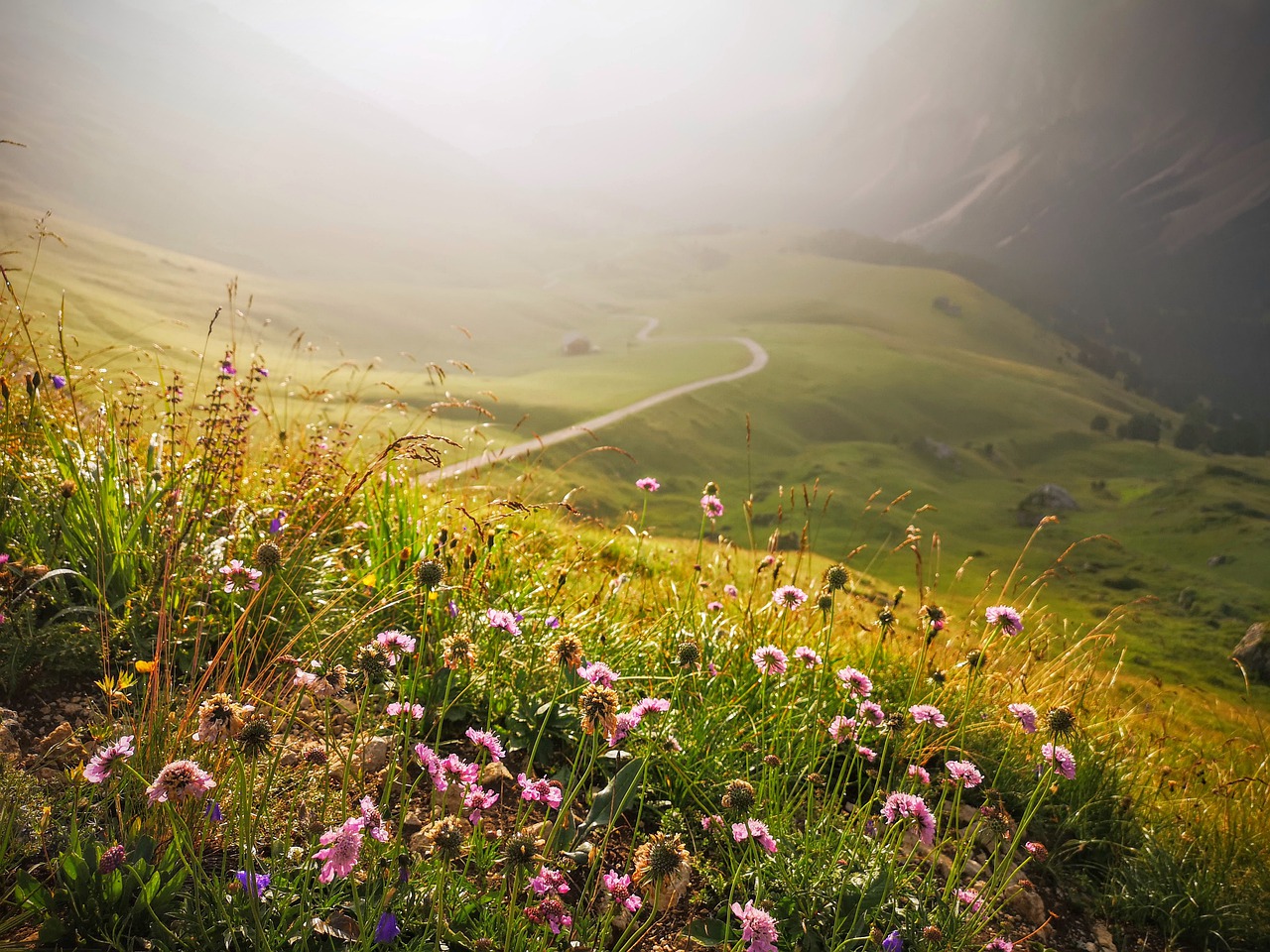 This week, the Ether Game Brain Trust grabs a pack to hike the Alps, hires a coach to see the sights of Paris, grabs a gondola on the canals of Venice, and heads to the low countries. Follow a centuries-old itinerary through continental Europe with our Grand Tour playlist.

Edward Elgar (1857-1934) Cello Concerto in e, Op. 85 The Grand Tour was typically associated with British nobility and landed gentry, and could last from several months to a couple years. It was a sort of scholarly pilgrimage, meant to educate the pilgrim on the various wonders of Classical and Renaissance Europe. The Tour often began in England at the point closest to continental Europe, where the English Channel could be crossed more easily, the town of Dover. Dover was also the ancestral home of one of England’s great composers, Edward Elgar. Elgar’s style is not unlike the Grand Tour itself, being heavily influenced by the music of Germany, France and Italy rather than his own country. His cello concerto is considered his last masterpiece, and was composed after the huge success of his Enigma Variations.

Richard Strauss (1864-1949) Eine Alpensinfonie [An Alpine Symphony], Op. 64 Typically on the Grand Tour, travelers would cross the French-Swiss border via the Alps, usually by way of the Great St. Bernard Pass. Though this ancient road has been used as far back as the Bronze Age, crossing the Alps was no easy feat. Carriages and large luggage had to be dismantled, though if a tourist's pockets were deep enough, he could pay to be carried across. Despite difficulties, taking the pass would favor a chance to see Mont Blanc, the highest peak in the Alps, whose sublime natural beauty is evoked in Strauss’s epic tone poem An Alpine Symphony. In his youth, Strauss took an especially rough mountain-climbing expedition, where the party lost their way, and were pummeled by a nasty thunderstorm during the descent. These events, from the ascent to the thunderstorm, are all musically depicted in this work.

Georges Bizet (1838-1875) Les Pecheurs de Perles: 'Au fond du temple saint' The exact itinerary of the Grand Tour often varied according to the interests of the traveler, but one almost never missed a stop in Paris, a city whose artistic and historical influences spanned much greater distances than the tour itself. While Carmen might be George Bizet’s masterpiece, The Pearl Fishers is his other success, mostly due to the strength of this duet, one of the most famous in the opera literature. The Pearl Fishers comes from 1863, about a decade before Carmen, and concerns the tale of two friends who spend their days diving for pearls in the sea. The story takes place in ancient island of Ceylon, which is the present day island of Sri Lanka.

Arthur Honegger (1892-1955) Pacific 231: Movement symphonique No. 1 Honegger was uncomfortable whenever his work was pegged as being programmatic. He was worried that easy labels would prevent audiences from appreciating the intrinsically musical qualities of his work. Then again, when you write a piece that sounds like a train and name it after a train, people can probably be forgiven for thinking that it’s about a train. (In case you’re interested, the Pacific 231 was a type of steam locomotive, the three numbers referring to the number of specific axles: two pilot axles, three driving, and one trailing axle). Following the popularity of Pacific 231 in 1923, Honegger continued to write “symphonic movements.” His second symphonic movement from 1928 was called Rugby.

Luigi Boccherini (1743-1805) String Quintet in E, OP. 11 No. 5 (G.275): Minuet No tour of Europe was considered complete without a stop in Italy, usually a prolonged stay in Venice and Rome. Tourists in Italy would have a chance to examine the roots of western culture and appreciate classical antiquities, accompanied by the commissioning of paintings and concerts of special music. At a concert of Italian chamber music you might hear a quintet by Luigi Boccherini. The virtuoso cellist was a tourist himself, traveling to Paris, London and Vienna, and eventually finding employment from various patrons in Madrid. Spanish music became an important influence in his work, He wrote his own interpretation of the fandango, and many of his quintets featured  parts for the guitar.

Maurice Ravel (1875-1937) Five Popular Greek Songs There was no strict itinerary for the Grand Tour, but as an educational rite of passage for the English aristocrat, it was essential that they visit the ancient ruins which inspired the Renaissance and Baroque masters. This was accomplished easily enough in Rome and Naples, but the more adventurous could continue to Sicily, Malta and Greece. Ravel was given the opportunity to arrange three Greek folksongs for a lecture when his Greek musicologist friend Michel-Dimitri Calvocoressi asked for his assistance. Ravel completed the music in 36 hours, and later added additional arrangements, completing the collection of five folksongs we have today. The work was the first of Ravel's to be published by Durand, the premiere French publishing house who would release nearly all of Ravel's works for the rest of his professional career.

Anton Bruckner (1824-1896) Tota pulchra es, Maria Vienna, one of Europe’s most musical cities, and a common late stop on the Grand Tour. Austrian born composer Anton Bruckner spent several years there teaching and writing his symphonies. While in Vienna, he also composed many sacred works, his massive Te Deum being the most notable, and several motets while taking breaks from his grander works. The motet we just listened to was composed while Bruckner was resting from work on the Te Deum. Unfortunately, Bruckner considered his time in Vienna to be the most difficult of his career. He spent much of it feuding with Eduard Hanslick, a music critic and Brahms acolyte who was philosophically opposed to the extreme version of Wagnarian Romanticism that made up Bruckner's style.

Bernard Joachim Hagen (1720-1787) Sonata in A: Pastorella As travelers on the Grand Tour circled back towards home, they would often stop in Germany. While there, they might have heard the music of German lutenist Bernard Joachim Hagen, who was court composer at the Bayreuth court in the mid-18th century. You might think that the mid-18th century sounds just a little late for solo lute music, but Hagen’s performing and music was so popular that he inspired a resurgence in lute playing in late Baroque Germany. Hagen’s music combines the ancient timbre of the lute with distinct features of early classical German music, such as Sturm und Drang, and Empfindsamkeit or the Sensitive Style, that was made popular by C.P.E. Bach. The chamber work we just heard is one of six trios with violin and cello that survive.

Robbie van Leeuwen (b.1944) Venus Before crossing the channel and returning to England, tourists might visit the low countries, especially Holland and Flanders for more gallery visits and art appreciation. Flemish and Dutch painters like Bosch and Breugel made a lasting impression on the development of western art. In fact their influence lasted all the way to the modern era, where their fantastical landscapes were used as album covers for rock music. The Netherlands also gives us our pop selection with the psychedelic rock song “Venus” by Shocking Blue, which was released as a single in 1969. If you listen closely you can hear the translation error in the lyrics, when the songwriter Robbie van Leeuwen accidently wrote “goddness” instead of “goddess.” We think it’s still a great song anyway.