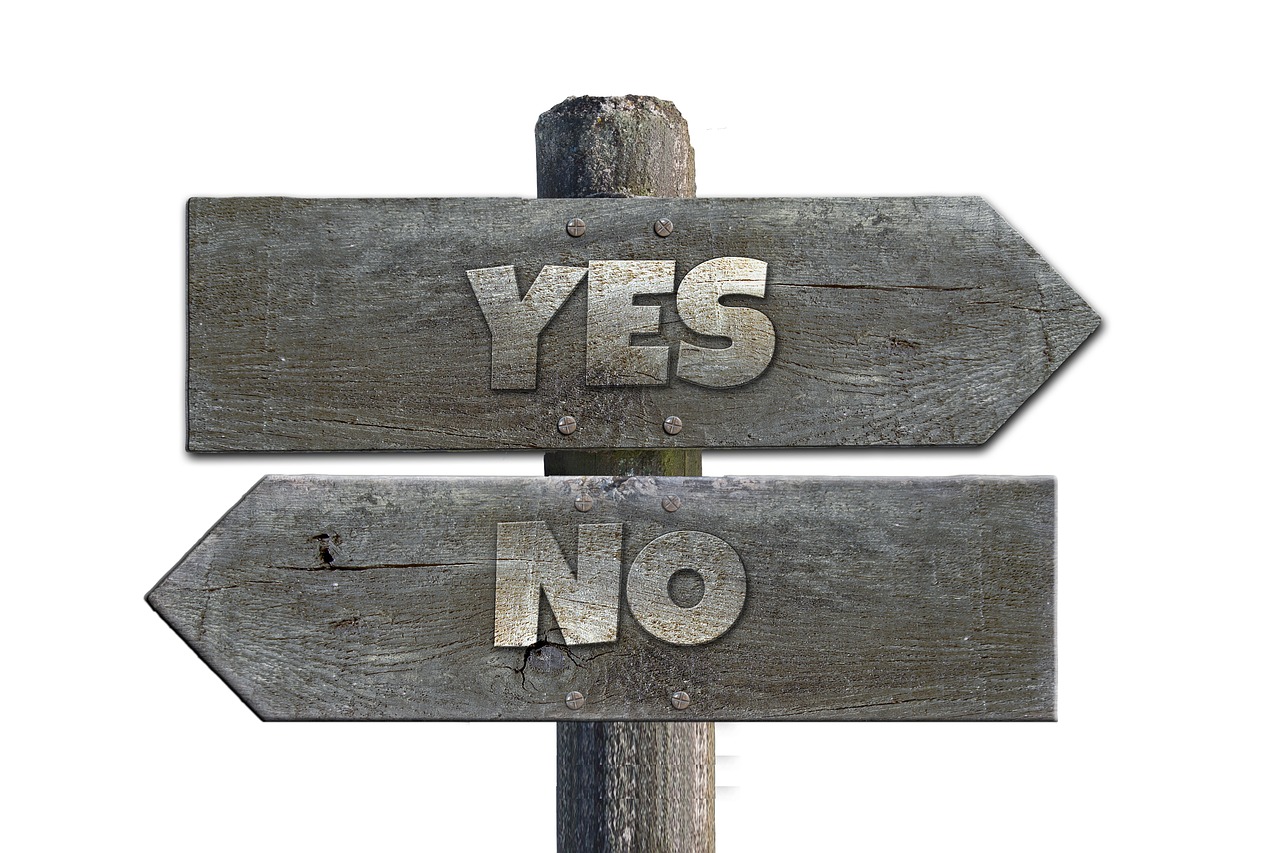 We all know that one should never publish on the first draft. Sometimes though, extra revisions become a form of procrastination. This week’s theme is Second Thoughts. Check out our playlist of music that was scrupulously redrafted, sometimes right up to hours before a premiere!

Modeste Mussorgsky (1839-1881) A Night on Bald Mountain The “Bald Mountain” referred to in the title of Mussorgsky's tone poem is the location of a legendary assembly of ghouls and witches, who celebrated a dark mass until they were dispelled by the ringing of a Matins bell. As with much of Mussorgsky’s music, the history of “Night on Bald Mountain” is complicated by multiple versions, revisions, unfinished sketches and finally, completion by other composers. The original title St. John's Eve on Bald Mountain refers to St. John's Eve, or Ivan Kupala Eve, a Russian folk holiday celebrated on the Summer Solstice. While the day itself is celebrated with ritual bathing and fire-jumping, in folklore the eve of the holiday often had more sinister associations. After his teacher rejected the original version in 1867, the persistent composer later worked a new version into a dream sequence in one of his comic operas. The most well-known version, however, is the one edited and performed after Mussorgsky’s death by his friend Nikolai Rimsky-Korsakov.

Scott Joplin (1868-1917) The Easy Winner Joplin’s father played the violin and his mother sang and played the banjo.  They recognized the same talent in their young son, and bought him a piano.  Joplin was lucky enough to be able to study piano and harmony for free with a local German music teacher named Julius Weiss.  He later went on to become a famous pianist in Chicago and St. Louis before he made ragtime a national craze with the publication of his “Maple Leaf Rag” in 1899.  The selection we just heard, “The Easy Winners” was written in 1901 and was published by Joplin himself presumably because his regular publisher, John Stark, had second thoughts about publishing the piece, and didn't like the idea of supporting the sport of horse racing, depicted on the song’s original cover page.

Igor Stravinsky (1882-1971) The Firebird: Suite The Firebird was the work that made Igor Stravinsky a star. He wrote it in 1910 for Sergei Diaghilev’s Ballet Russes, and its invigorating Russian rhythms thrilled Parisian audiences. He made several revisions to the work, but they were mostly made for practical, not artistic reasons. In 1911, Stravinsky turned the original ballet into an orchestral suite, in order to circumvent Diaghilev’s exclusivity agreement for the original ballet. He revised this suite in 1919 for a smaller orchestra, since orchestral numbers had been depleted as a result of World War I. In 1945, Stravinsky made yet another pass at The Firebird, assembling a more complete suite with more of the original material. While his musical tastes had changed in the intervening years, his desire for money had not. The 1945 version was made to re-establish copyright on the original music, allowing him to continue to cash in on his initial success

Jean Sibelius (1865-1957) Symphony No. 5 in E-flat, Op. 82 With the outbreak of World War I in 1914, Jean Sibelius found himself in financial dire straits. During this time, he had grand ideas of where he wanted to take the symphony artistically, but couldn’t wait around for those ideas to fully mature. As a result, his fifth symphony premiered in 1915 (on the composer’s 50th birthday) before he was done making the final artistic touches. After this premiere, Sibelius continued to tweak the symphony, and it was finally published in 1919. The final version fused the first two movements together into a single whole, and made the final blows of the finale’s conclusion more pronounced.

Richard Rodgers (1902-1979) Carousel: Ballet Composing a musical can be an arduous process. Sometimes, (you could say, most of the time,) that process of revision doesn’t stop even after the musical has premiered. This was certainly the case with Rodgers and Hammerstein’s second collaboration, Carousel. Even though the source material was the popular play Liliom by Hungarian playwright Ferenc Molnar, both writers were skeptical that its tragic story of robbery, suicide and hellfire was suitable for a Broadway musical. However the duo had a breakthrough once they changed the setting of the musical from Budapest to New England and slightly altered the ending, giving the anti-hero Billy a successful chance at retribution from beyond the grave. Like in their previous collaboration Oklahoma!, Rodgers and Hammerstein included a ballet sequence in the second act, though in Carousel the ballet includes major plot developments and spoken dialogue. The sequence was a sticking point in the musical, receiving multiple cuts, and was lengthened and shortened several times after the musical opened

Gioacchino Rossini (1792-1868) La Gazza Ladra [The Thieving Magpie]: Overture Gioacchino Rossini was such a procrastinator that he advised a young composer to “wait until the evening before opening night before writing an overture…Nothing primes inspiration like necessity.”  The overture we just heard, to Rossini’s “La Gazza Ladra” (The Thieving Magpie) was actually written in the theatre on the day of the first performance, May 31, 1817 at La Scala in Milan.  Rossini was supposedly locked in a room by the management and quickly wrote the music.  As he finished each page he tossed it out the window to a team of waiting copyists.  The copyists then quickly copied the music and delivered it to the conductor who then rehearsed the orchestra…one page at a time.

Paul Hindemith (1895-1963) Mathis der Maler: Versuchung des Heiligen Antonius Mathis der Maler, or Mathias the Painter is one of the most famous symphonic pieces by the German composer Paul Hindemith. Hindemith composed the work while in the preliminary stages of writing an opera on the same subject, and he always intended to revise and incorporate material from the symphony into the opera. Each movement of the symphony corresponds to a tableau from the Isenheim Altarpiece by Mathias Grunewald, which was a large folding construction of panels displaying biblical scenes and the martyrdom of saints. The opera in contrast is about the life of Grunewald himself and the historical events during the German Peasants’ War that would lead to him becoming a painter. Politics, repression, and the struggle for creative freedom are main themes in the opera, and mirror Hindemith’s own struggles with Nazi Germany, who criticized his work and delayed the opera’s performance until four years after its completion.

Poul Ruders (b. 1949) Chaconne  We thought we’d give you the flipside of this week's theme. Danish composer Poul Ruders has gained a reputation for never revising his music. In interviews, he’s discussed that he plans meticulously before putting notes to the page, and never improvises, which he believes causes “a frightful mess and tends to get very boring very quickly.” Ruders has been known in rehearsals to only change dynamic markings. His music has been described as simultaneously extroverted and haunting. He also has a minor planet named after him: 5888 Ruders, located in the far reaches of the asteroid belt.

Brian Wilson (b. 1942) Good Vibrations Brian Wilson’s methods for recording “Good Vibrations” was unprecedented and revolutionary, marking an era of creative experimentation in pop music. Wilson recorded chord progressions and musical textures he liked in fragments, then put the recordings on an acetate disc, which he would take home. He would then write song lyrics and melodies away from the studio based on the fragments. Each fragment represented a mood or “feel” in Wilson’s own words, which would be strung together like a mosaic. While this innovative process proved to be successful, Good Vibrations would earn a Grammy nomination in 1966, it came at a heavy cost. Over 90 hours of recording tape were consumed in 4 different studios, and with the services of a large host of session musicians it is estimated to have cost tens of thousands of dollars to produce the song, making it the costliest single ever recorded at the time.