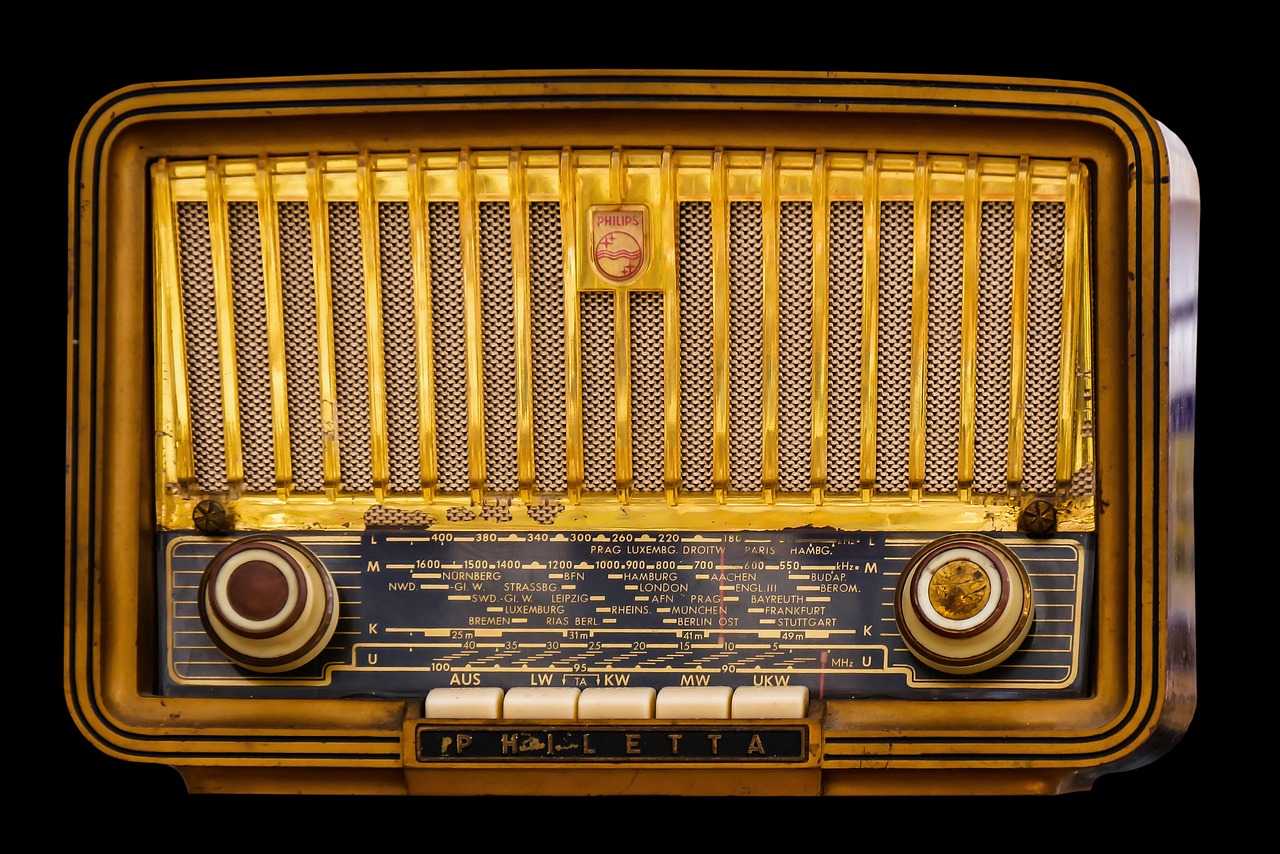 This week in 1937, the first liscence was issued for the creation of FM radio air space. Classical music was amoung the first type of content to be heard on FM radio, mainly for broadcast in department stores and on home consules. Many classical pieces played a part in the history of radio. Here is a playlist of a few of our favorites!

Béla Bartók (1881-1945) Concerto for Orchestra, Sz. 116: II. Giuoco delle coppie ("Game of Pairs") The 2nd movement from Bartok's Concerto for Orchestra became the Ether Game theme song in 1971, a year after the show first went on the air. It was chosen by Don Glass, now the voice of WFIU's A Moment of Science." The name "Ether Game" comes from an archaic definition of the word "ether" which means "a medium through which radio waves are transmitted." The whimsical basson line of Bartok's music matches the tone of the show, as we wander our way through curious classical music trivia. In its early days, the answers to pieces for Ether Game were printed upside down in the program guide and no information was given to the audience about any of the pieces. Eventually, listeners were invited to participate, and shows started to revolve around themes. In the early 1980s, there was even the "Ether Bole" [sic], a yearly tournament of the best players.

Giacomo Puccini (1858-1924) La Boheme: 'Addio, senza rancor' La bohème is a staple of the Metropolitan Saturday live radio broadcast, and is performed or aired every season. We're listening to a famous aria from the opera performed by Brazilian soprano bee-DOO sigh-OW. She was one of Brazil's most famous musicians and an early superstar of the Metropolitan Opera, especially on the radio. The recording we just heard was from 1947, sixteen years after the Met made its live radio debut. When the Great Depression hit, the Met turned to Hansel and Gretel for its first live radio broadcast of an entire opera in order to expand the company's audience and support. The Met Broadcasts would go on to become the longest running continuous classical music program in radio history, with recording typically broadcast for a Saturday matinee slot.

Jean Sibelius (1865-1957) Andante Festivo It's easy to know how Sibelius wanted his Andante Festivo to be interpreted, because there is a recording of him conducting it for radio. He wrote the work as a string quartet in 1922, but then rearranged it as an orchestral piece to be performed on a worldwide New Year's Day radio broadcast in 1939, and as Finland's hello to the world as part of the New York World Exhibition. Sibelius was an avid radio listener, and the Andante Festivo was written with early radio technological obstacles in mind. The declarative hymn-like quality of the melody was composed so as to be heard clearly above the distortion and fuzz of 1930's era radios. The recording we just heard is much easier to listen to, but that archival radio recording is yet the only document we have of Sibelius interpreting his own music.

Antonio Vivaldi (1678-1741) Concerto in d for Two Violins & Cello, Op. 3, No. 11, RV 565: Allegro - Adagio e spiccato - Allegro The world premiere of Arturo Toscanini leading the NBC Symphony Orchestra was a grand affair. NBC created the orchestra just for him, designed the broadcast studio just for him, and paid him $40,000 tax-free for ten broadcasts (that's over $60,000 per concert in today's money). The broadcast took place on Christmas Day 1937. The programs for radio broadcasts were usually printed on cardboard, to prevent paper rustling from the studio audience. However for this event, they printed the program on white silk. Maestro Toscanini was no stranger to the live radio broadcast at this point. For ten years, Toscanini was the principal conductor of the New York Philharmonic, which was the first major orchestra to broadcast its entire season on the air.

Dmitri Shostakovich (1906-1975) Symphony No. 7 in C, Op. 60 'Leningrad': Allegretto Shostakovich composed his Leningrad Symphony while the city was under siege by Nazi forces, and intended the world premiere to take place in Leningrad by the Leningrad Radio Orchestra. By the time the performance took place, the war torn city was mostly destroyed, music broadcasts had ceased, and the Leningrad Radio Orchestra had been reduced to a quarter of its original size. On August 9, 1942, the day Hitler was supposed to celebrate the fall of Leningrad, the makeshift performance took place. It was broadcast throughout the entire city over loudspeakers. Just before the performance, the Soviets bombed the German artillery positions, and in a move of psychological warfare, made sure the remaining German forces could hear the symphony broadcast. This legendary broadcast depleted German morale and marked a crucial turning point towards Soviet victory.

Bernard Hermann (1911-1975) Excerpts From Citizen Kane Barely out of college, Bernard Herrmann was hired by CBS radio in 1934 as a hotshot young staff conductor, and within the decade became their chief conductor. Herrmann began to stretch his composition chops on the experimental Columbia Workshop show (the 1930s version of Radiolab). However, his big break came when he was put in charge of writing original music to a new radio drama series starring another hotshot, Orson Welles. Welles, only 23, had already conquered the world of theater, and was about to conquer the world of radio when CBS gave him the show The Mercury Theater on the Air. Together, Herrmann and Welles made several memorable broadcasts, including the infamous "The War Of The Worlds." And later, they would go on to conquer the world of cinema when they collaborated on what would soon be considered one of the greatest films ever, Citizen Kane.

Silvestre Revueltas (1899-1940) Ocho por Radio Silvestre Revueltas came from a famously artistic family of painters, dancers and writers. Beginning violin at age eight and entering the Juarez Institute by age twelve, he would have a prolific performance and teaching career in Mexico, Spain, and the US and was appointed to be assistant conductor of the Symphony Orchestra of Mexico. This octet, written specifically to be played on the radio, includes parts for 2 violins, cello, bass, bassoon, clarinet, trumpet and percussion. The violins and trumpet in particular reflect the influence of mariachi music in this composition. Revueltas preferred to draw inspiration from Mexican street and folk music as opposed to conventional European influences. You can hear this in his other well known works such as Sensemaya and the film score for La Noche de los Mayas.

Hanns Eisler (1898-1962) To a Portable Radio Though in his childhood his family could only afford to rent a piano from time to time, Hanns Eisler was able to teach himself music and composition by studying books and scores. He showed such artistic promise that Schoenberg agreed to tutor him for free. Serialism and atonality influenced Eisler's early works, but as he became dissatisfied with the state of modern music, he began to develop his own more tonal and intentionally simplified musical idioms, taking up the tradition of German song cycles-or the lieder. In the 1930's he began a lifelong collaboration with the famous playwright of modern theatre Bertolt Brecht, who provided the lyrics for many of his songs. As a very politically conscious composer. Eisner was constantly thinking and writing about the role of music in society. In his later years he worked entirely in what he called "applied music" -that is music for theater, cinema, cabarets and radio. He considered this music far more progressive than operas and chamber music of the 19th century, which were of bourgeois taste.

David Grisman (b.1945) Dawggy Mountain Breakdown David Grisman, the mandolin player on this track, has a reputation as an absolute titan of his field, with a 60-year long illustrious career playing mandolin in a variety of genres, from Jerry Garcia's folk band Old & In the Way to Stephen Grapelli's hot Jazz. The name of this track is taken from the name Grisman picked for his own style of music "Dawg music" which combines bluegrass, folk and jazz. Long time public listeners might know this tune better as the theme to the long running NPR show Car Talk, hosted by Tom and Ray Magliozzi (who were both mechanics and bluegrass musicians) from 1972 to 2012, when they retired. Although Tom passed away in 2014, the show has continued to enjoy reruns on NPR in various forms as The Best of Car Talk, especially as a podcast that featured never before released content.