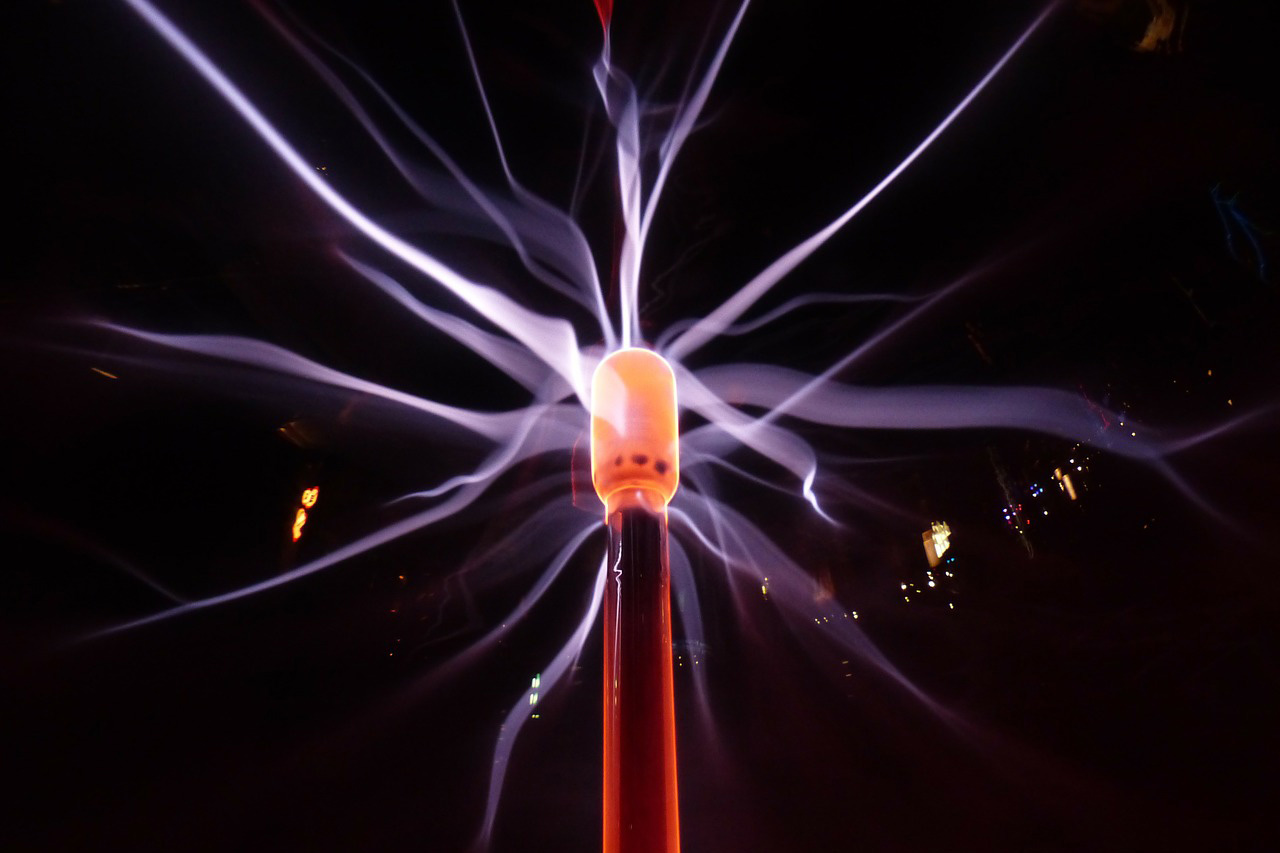 This week on the Ether Game Weekly Music Quiz Podcast, we're plugging in and turning on for a show that has current. It's an all-electric show we're calling  "Power Surge"! Can you name this electrified tune? (The answer is below) Remember to keep your ears out for a portion of Tuesday night's Teaser selection. And don't forget to tune into the full show on Tuesday, June 12th at 8:00pm for a chance to win a prize!

Steve Reich's Electric Counterpoint, commissioned by jazz guitarist Pat Metheny, is part of a series of sorts that includes Vermont Counterpoint (commissioned by flutist Ransom Wilson) and New York Counterpoint (commissioned by clarinetist Richard Stoltzman). In each of these pieces, a single instrumentalist creates an entire symphony of sound through electrified means. In Electric Counterpoint, the electric guitar soloist records twelve lines of counterpoint to tape, playing the thirteenth line live against the other twelve pre-recorded lines. These works grew out of Reich's fascination with not only recorded tape, but also African drumming and Central African horn music. In these styles, rhythm and pulse are key, and the interest lies in how different rhythmic groups interact.