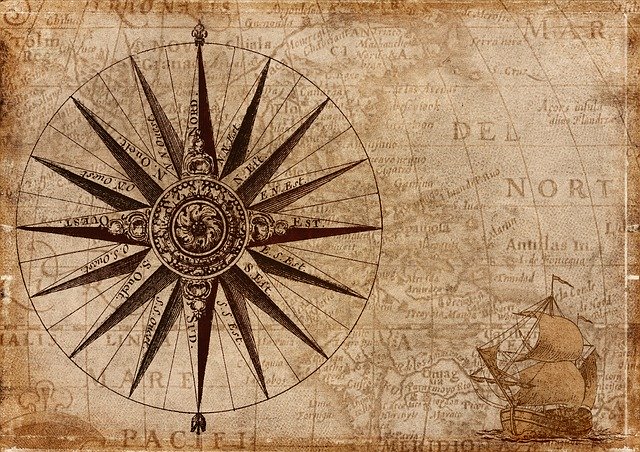 The Ether Game Brain Trust isn't here to debate whether music is a universal language, but for centuries, composers have learned to write music in styles and languages that are different from their own. We thought we'd share a couple of our favorite multilingual pieces this week. Get ready to discover the Rosetta Stone with our polyglot playlist!

George Frideric Handel (1685-1759) Suite #1 In F, HWV 348 - Allegro, Andante, Allegro Da Capo Although born in Germany, George Frideric Handel spent the majority of his career in London, working for King George I. Handel wrote music for all different occasions for the king, including his beloved Water Music, written for the occasion of a society river party. These river parties were the 18th-century equivalent of the modern photo-op. For this party, musical acts floated up and down London’s Thames River, playing the (appropriately-titled) Water Music. One journalist relayed that King George liked Handel’s music so much that he ordered it played three times “in the going and again in the returning.” As these pieces were meant to be performed outside, Handel’s orchestration is filled with trumpets, horns and drums. Handel was a true musical polyglot of the Baroque era. Although his Water Music was written for an English occasion, the suite we just listened to borrowed Italian forms, such as an Allegro Da Capo. Later suites include French dances, such as an Air and Bourée, and all of this coming from a composer who was born and raised in Germany.

Ludwig van Beethoven (1770-1827) Glencoe, WoO 156, No. 10 from Scottish Songs We usually think of Beethoven as quintessentially German, but in fact, Beethoven set more Irish and Scottish melodies than almost anything else in his output (although most were not given official opus numbers). It had to do with his connection to the publisher George Thomson. Thomson was Scottish, and a music lover, and he wanted to compile arrangements of Scottish tunes written by some of the best composers of the day, so he reached out to Beethoven. Beethoven did arrange many Scottish tunes, and some Irish and English ones as well—he didn’t seem to discriminate between them all that carefully. Glencoe, the piece we just listened to, is a folk melody with words by Scottish poet Sir Walter Scott. The poem describes a massacre in 1692 between warring clans, the MacDonalds and the Campbells in the Glencoe valley, over allegiance to William of Orange.

Maurice Ravel (1875-1937) Miroirs: IV: Alborada del gracioso While many composers can write in different languages, some are proficient at writing in different musical languages as well. Even though Ravel’s music has a strong French identity, his familiar ties to Spain and his friendship with Spanish musicians led him to evoke that country often in his compositions. Ravel’s childhood home was eleven miles from the Spanish border in Basque, and his mother Marie had grown up in Madrid where she met his father, a Swiss railroad engineer. Ravel felt a strong kinship to his Basque heritage and the music and art of Spain was a continuous fascination for him. Pieces such as his Vocalise-etude in the Form of a Habenera, and his famous Bolero use specific rhythmic patterns and modes that are common in Spanish music. The most technically challenging movement from his piano suite Miroirs is inspired by the Alboarada, a type of song or serenade performed on the morning of an important festival, and is related to the albada, which was an open-air concert performed at daybreak under the window of an honored person.

Gioacchino Rossini (1792-1868) Overture to Comte Ory If there is any composer who epitomizes the “quit while you’re ahead” attitude. It’s Gioachino Rossini. He retired from writing opera while only in his thirties, at the height of a successful career composing large scale musical  works, and receiving vast financing directly from French royalty. Rossini’s first operas and librettos were distinctly Italian in language and style; this certainly contributed to his early popularity, but he eventually moved from Italy and set up shop in London and Vienna. By 1824 when he was 32, He had moved again and made his home in France, and was enjoying the wealthy patronage of the newly crowned Charles X. Rossini began studying the French language and France’s unique opera traditions. Eventually he dropped Italian librettos altogether for French texts. Le comte Ory was one of his early French successes. The work is actually a curious hybrid. Though it uses a French libretto, over half the music is Italian in style. Rossini recycled half of the music from a previously composed  Italian opera.

Arthur Sullivan (1842-1900) The Mikado: Act II. Chorus: Mi-ya Sa-ma Gilbert and Sullivan’s The Mikado premiered in 1885 during a time when everything Japanese was all the rage in Europe. Known as “japonisme,” this mania for Japan was a result of the forced reopening of trade with the country after it had isolated itself from the western world for over 200 years. Exhibitions of Japanese art showing woodblock prints and painted screens influenced many artists at the turn of century who saw the Japanese aesthetic as something exotic and new. Gilbert and Sullivan’s operetta is very far from an accurate depiction of Japanese culture, they most likely set the libretto in Japan because it was very popular at the time, and they could use a distant exotic location like Japan as a way to criticize Victorian society without being called out for it. While The Mikado has endured as a masterpiece of its genre, the orientalism inherent in the score is often considered problematic, encouraging directors to come up with creative solutions for modern stages. This march signifying the entrance of the Mikado in act 2 is a rare case where the cast actually sings in Japanese, it is a quote from a patriotic song sung by the Japanese Imperial Army in 1868 and was composed by Yajiro Shinagawa.

Hector Berlioz (1803-1869) The Damnation of Faust: Part IV Pandaemonium 'HA! IRIMIRU KARABRAO' (chorus of the damned) Heinrich Faust makes a pact with the Devil, wagering his soul so that he may be able to accomplish anything that he wanted. The character of Faust has a counterpart in Polish folklore as well, by the name of Pan Twardowski, and the legend has been adapted by a wide range of writers, from Johann Goethe to Oscar Wilde. It has also been set by a number of composers, including Berlioz and Mahler. The scene from Berlioz’s Damnation of Faust that we just listened to is the twist moment of the opera, when Faust realizes that he has been led to hell by Mephistopheles. The Demon chorus welcomes Faust to eternal torment and begins praising Mephistopheles. It might be difficult to understand the lyrics of the demon chorus, that’s because they are sung in an infernal language that Berlioz invented for the opera.

Johann Christian Bach (1735-1782) Sinfonia Concertante in A The fame of Johann Sebastian Bach’s musical sons spread all over Europe. Wilhelm Friedrich worked in Dresden, Carl Philipp Emanuel flourished in Berlin, Johann Christoph Friedrich performed in Bückeberg, and Johann Christian found fame in London. The “London” Bach even apparently “anglicized” his name, going by “John Bach.” The popularity of his stage works earned him an appointment as “music master” for Queen Charlotte, where he managed all music arrangements for the English court, such as giving music lessons to the queen and her children, accompanying the king when he played the flute, and organizing chamber concerts. The style of Bach’s music varied throughout his career, but he is most well known for writing in the “galant” style that dominated chamber music and is characterized by light, pleasing melodies with symmetrical forms and simple harmonies. By the end of the 19th century J.C. Bach’s music had practically ceased to be performed and published, but a revival has re-examined this composer and improved his legacy as one of the most influential early Classical composers.

Franco of Cologne (1250-1280) J'ai mis, Je n'en puis In the Middle ages, education was provided by the Catholic church, with clergymen serving as teachers. The motet was the musical genre of choice among the educated class, often because a motet required academic knowledge to understand and perform. That becomes clear when examining the two motets we just listened to. In order to grasp the full meaning of the performance and in keeping with tonight’s theme, the listener is required to know both French and Latin, which are sung simultaneously in the voice parts of these motets. The exact composer of these works is murky, but they are attributed to a very influential music theorist named Franco of Cologne. Franco predates the Ars Nova, a period of great musical innovation in the 14th century, by about 50 years, but Ars Nova composers such as  Phillip de Vitry and Machaut would directly build on the style heard in these motet.

Petula Clark (1966) Dans Le Temps (Downtown) The English singer and actress Sally Olwen Clark, known better by her stage name “Petula” Clark, began her singing career as a child performer with an impromptu performance on the radio during World War 2. After an air raid interrupted a live broadcast for British soldiers stationed overseas, the producers at the BBC asked for a song in order to calm the nerves of the live studio audience, and nine-year old Petula Clark volunteered. She would go one to make 500 appearances in programs broadcasted for entertaining the troops and her career in music was well-established. Although later she was an early contributor to the British Invasion in pop music, the success of a performance in Paris in 1957 led to a record contract with Disques Vogues, a French record company that had mainly recorded American jazz musicians but was branching out into pop. The high demand for her recordings caused her to move to Paris and record many songs in French. In fact, she became highly regarded as a multilingual performer when she recorded additional versions of her songs in English, German, Spanish and Italian.