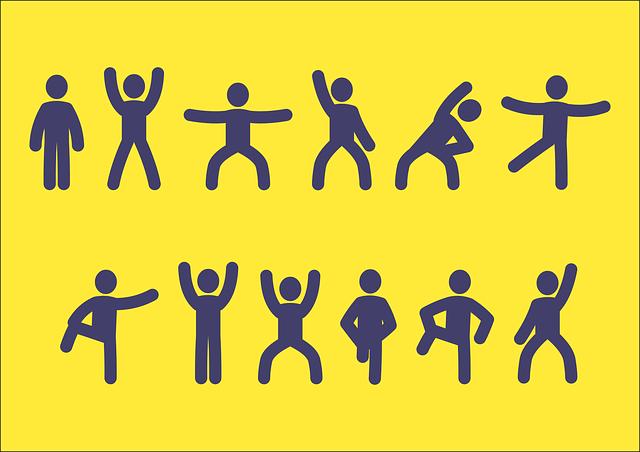 This week, on Ether Game, we presented the first of a two part series on a flexible and fantastical genre: the toccata. From its origins as a Renaissance lute "string stretcher" to the fingerbending phrases of a keyboard showpiece, the toccata has been a medium for composers and performers to flex creative and technical muscle.

Maurice Ravel (1875-1937) Le Tombeau de Couperin: VI. Toccata The origin of the word “toccata” is obscure, but it may have come from early Italian lute publications, where the term “tastar de corde” was used to indicate a chordal piece for “testing the strings.” This evolved into the present word, which stands for a free-form composition usually for solo keyboard, which is meant to showcase manual dexterity. This is certainly the case with Ravel’s Toccata, which comes at the end of his solo suite for piano, Le Tombeau de Couperin. Like many of his solo piano works, the Toccata is known for its difficulty and is a true test of endurance. Though Ravel orchestrated four out of six movements in the suite, he did not transcribe the Toccata, likely because its central technique is pretty specific to piano playing. However, this created the opportunity for many future composers to make the attempt.

Robert Schumann (1810-1856) Toccata in C, Op. 7 Robert Schumann was quite a multi-faceted person, both as a musician and as a human being. Schumann defined himself as a pairing of two imaginary characters, the forceful Florestan and the poetic Eusebius. In fact, he would often sign his critical essays and other writings with either of these two characters’ names. His music also reflects a split personality. On one side: his 138 lieder, German parlor songs and song cycles exploring the depths of human emotion and the natural world. On the other, pieces like his Op. 7 Toccata, which began as an etude, and which, upon getting a revision and upgrade to toccata, he described as the hardest piece ever written. To this day, it is infamous for its difficulty, requiring the player to master rapid octaves, counterpoint and syncopation.

Sergei Prokofiev (1891-1953) Toccata, Op. 11 Sergei Prokofiev knew from an early age that he wanted to be a composer and he wasn’t shy about his talent.  Younger than most of his classmates at the Saint Petersburg Conservatory, Prokofiev often found schooling boring and was irritated by the lack of progress made by his fellow classmates. By 1912, when he was 23, he had already ascended to the level of virtuoso, and completed his Toccata for solo piano, a showpiece of extreme difficulty by any standard. Prokofiev himself may have struggled to master the piece, as he did not premiere it (himself at the piano) until four years after its completion. Regardless, the Toccata marked the major turn in Prokofiev’s work towards a mature and distinctive style. Echos of its chromatic moving 3rds can be heard in his 3rd and 5th piano concertos, written almost a decade later.

Alessandro Scarlatti (1660-1725) Toccata in D Listeners are probably more familiar with his son Domenico’s keyboard sonatas, however Alessandro Scarlatti’s contribution to the development of baroque music should not be understated. The leading representative of the Neapolitan school, he paved the way for novel uses of modulation and transitional musical phrasing. Known mainly for his operas and cantatas, his toccatas were also considered radical at the time. They are highly rhapsodic and can meander through as many as seven contrasting sections, which could include a fugue, recitative, and a theme with variations. The works are written for keyboard, though several require finger patterns which have led music historians to believe some were written for harp.

Alberto Ginastera (1916-1983) Piano Concerto No. 1, Op. 28 (1961) Alberto Ginastera’s first piano concerto premiered in 1961 at a turning point in his career. Though various conflicts with the Peron government in Argentina had hampered Ginastera’s professional advancement, he was flourishing creatively and gaining international reputation by debuting works in Europe and America. The breakthrough came with a highly acclaimed performance of his second string quartet at the first Inter-American Music Festival in Washington D.C, When his piano concerto debuted at the second festival three years later, he was firmly established as a brilliant composer and was able to support himself exclusively through commissions thereafter. The final movement of his concerto is a toccata concertante which demonstrates many of the components of his compositional style: Argentine nationalism, serialism, polytonality, rhapsodic cadenzas, extended performance techniques, and a Neo-Expressionist aesthetic.

Dietrich Buxtehude (c.1637-1707) Toccata in G, BuxWV 164 At the end of 1705 and through the first months of 1706, Johann Sebastian Bach took an unauthorized leave of absence from the position of Organist in Arnstadt (ann: AHRN-shtaht) and walked 200 miles to observe the composer Dietrich Buxtehude in Lübeck (ann: LEE-behk). Bach claimed he made the journey “to comprehend one thing or another about [Buxtehude’s] art.” The influence this composer had on Bach is undeniable and can be heard in his early organ works and the structure of the many cantatas he wrote during his life. Bach would also have heard Buxtehude perform several toccatas. A favorite among organ players, Toccatas were often used as interstitial music in church services, because they were improvisatory in their early incarnations, and could fill time while providing atmosphere.

Girolamo Frescobaldi (1583-1643) Toccata  If the eerie Toccata and Fugue by J.S. Bach takes first place for the most recognizable melody of the Toccata genre, Frescobaldi’s Toccata could probably take 2nd. Although his oeuvre as a whole is less popular today than it was in the 17th century, Frescobaldi was hugely influencial to many enduring composers. You can hear echoes of his music in Bach, Purcell and Corelli to name a few of his admirers. By the 18th century, Italian composers had gained a reputation as some of the best crafters of melody in Europe, and Frescobaldi laid the groundwork for that reputation, becoming the first of a lineage of Franco-Italian composers to focus on instrumental music. Frescobaldi published an entire book of keyboard tocatte in 1615. The genre suited his compositional style, which was to ignore conventional rules of music and focus on expressiveness. For this reason, no two pieces in the volume share the same form.

Nino Rota (1911-1979) Toccata Best known as a film composer who collaborated with director Federico Fellini, Nino Rota’s mastery of lyricism and vibrant color has also produced a significant body of Neo-Classical music. Key elements of neoclassicism include prominent melodic lines, highly structured harmony and forms, and an emphasis on direct communication to the listener. Aside from exemplifying these aspects, Rota is also known for assimilating many styles and influences and synthesizing them together, often in a single composition. This gives his music a distinct cosmopolitan quality. Rota chose two historical forms (the sarabande and the toccata) for his 1945 solo harp piece. He would write a harp concerto three years later.

Johann Sebastian Bach (1685-1750) Toccata Writer Peter Williams positted in a 1981 issue of the Early Music journal that Bach would have never used the title “Toccata and Fugue.” No copy exists from Bach’s era; most, in fact, are from the 19th century. The work also doesn’t sound like Bach—the harmonies are too simple, and the counterpoint is not idiomatic. The question of who may have written it instead of Bach is a different matter altogether. This version by the English/Aussi prog rock band Sky, is unmistakable, especially in 1980, when it reached number five on the British Singles chart. Unsurprisingly, Sky’s initial line-up consisted of musicians rooted in classical music. Their lead guitarist was Australian virtuoso classical guitarist John Williams, their drummer, Tristan Fry, was the timpanist for the Royal Philharmonic Orchestra, and their keyboardist, Francis Monkman was a film score composer.