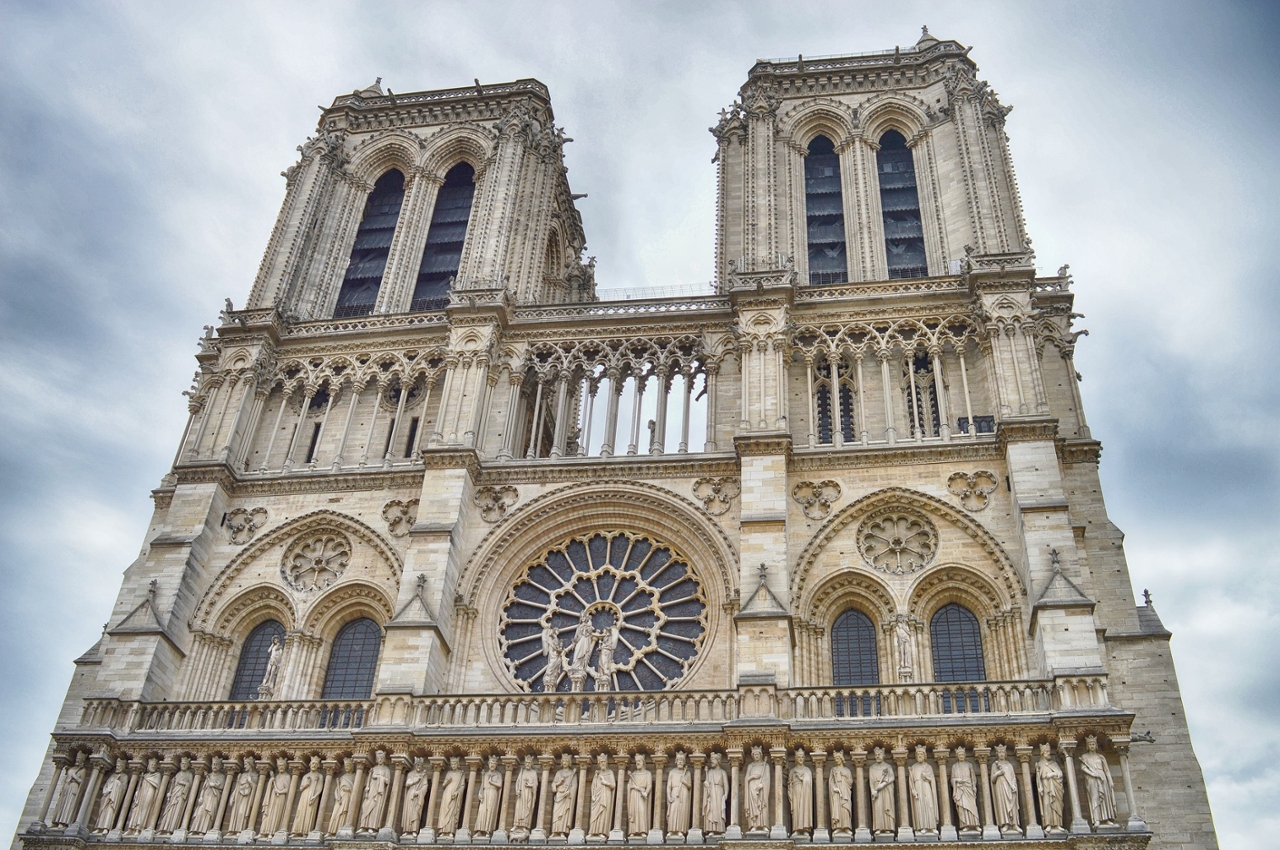 This week on Ethercast, the Brain Trust looks at the musical history of Notre-Dame. We revisit some of our favorite Ether Game rounds featuring Paris' iconic cathedral. See if you can guess the titles or composers of these pieces, and don’t forget to tune in for our full show on Tuesday at 8:00pm for a chance to win a prize!

Paul Hilliad and the Theater of Voices

The largest collection of polyphonic music from the Middle Ages was born at Notre-Dame Cathedral. The music is characterized by lengthy polyphonic passages and repetitive rhythmic patterns. Many of these works were composed by two men, Masters Léonin and Pérotin. In fact, most of Perotin’s compositions are lengthy substitute sections that were inserted into Leonin’s works. Viderunt omnes is based on a chant for Christmas, and appears in one of the most famous medieval manuscripts, called Anonymous IV.

Messe de Nostre Dame is the first complete setting of the mass attributed to a single composer. Gillaume de Machaut was central to a music compositional movement called the Ars Nova or “New Art.” He was also respected for his creativity. His Mass has been interpreted as an early programmatic work; the music alternates between periods of sustained notes and spidery, interlocking melodies, believed to musically depict the beautiful stained glass windows of Notre-Dame Cathedral.

Louis Vierne’s lifelong dream was to be an organist at Notre-Dame, and to die at the console of the cathedral’s great organ. That’s exactly what happened. On June 2, 1937, Vierne was giving his 1750th organ recital at Notre-Dame with his pupil Maurice Duruflé at his side. Just as he was about to perform his final piece, Vierne suffered a heart attack, fell off the bench, and died as his foot struck the low E pedal.