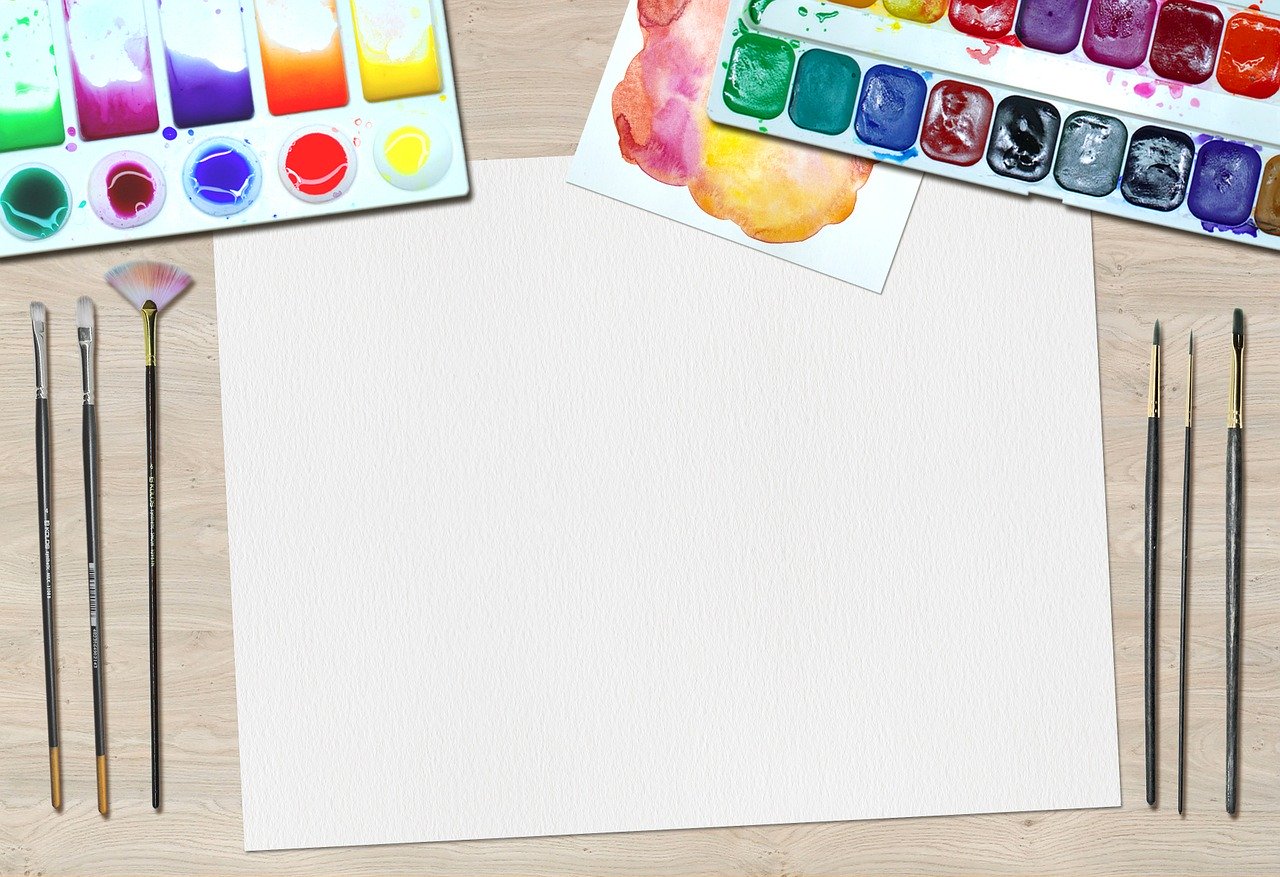 Opera is often hailed as the greatest contribution classical music has made to multimedia art, but the genre has also been used in many other projects. Check out our playlist below for some classical music that incorporate film, theater, dance, painting, and even spiritual rituals.

Paul Dukas (1865-1935) The Sorcerer's Apprentice Considered a masterpiece of animated film, the 1940 version of Fantasia was a concept that studio head Walt Disney had been toying with for quite some time. He brought together his best animators and told them about his idea to take familiar classical compositions and illustrate them on film. Disney also sought a new way for the audience to hear the soundtrack, through a process he called Fantasound. The idea was to have sound coming at the audience from all sides, and it required theaters to spend large sums of money to install new equipment. Despite the film's unquestionable artistic excellence, Fantasound contributed heavily to its less than enthusiastic reception from the public. Since many theaters could not afford the upgraded sound systems, the film was never able to go into wide release.

Richard Wagner (1813-1883) Die Walkure: Farewell and Magic Fire Music Despite his political and civic ideas, Wagner was a disciple of unification when it came to the arts. One of his most important ideas was called Gesamtkunstwerk, a total art work in which all aspects of the artistic practice: music, plot, staging and performance, are controlled by the composer and unified in the theater. Musicologists point to Wagner's Ring Cycle, specifically the operas Das Rhinegold and Die Walkure, as the closest Wagner came to realizing his goal of artistic totality. It's debatable, especially in the field of aesthetics, whether a gesamtkunstwerk is very popular amongst listeners. Wagner himself might not have thought so. He relaxed his approach to composing after Die Walkure, allowing his following works to be more operatic.

Edvard Grieg (1843-1907) Peer Gynt Suite No. 2, Op. 55: I. The Abduction of the Bride While it may not be as continuously present as in a musical or opera, incidental music is still an essential part of stage plays and drama. Norwegian playwright HENRIK IBSEN was one of the masters of the craft and a father of the modern stage. In 1874, he personally commissioned Norwegian composer Edvard Grieg to write the music for his play Peer Gynt. Peer Gynt is steeped in Norwegian folklore, and tells the story of a rambler named Peer who leaves his home searching for adventure, only to return years later a bitter, empty old man. Grieg composed 90 minutes worth of music for the play, which was later used to make two orchestral suites. A few of the songs in these suites like Morning Mood, In the Hall of the Mountain King, and March of the Dwarves have become some of the most recognizable pieces in classical music.

Adolphe Adam (1803-1856) Giselle: Excerpts Adolphe Adam was an extremely prolific French composer, though some critics say he emphasized quantity over quality, with much of his work consisting of lighter entertainment such as vaudevilles, popular songs, and potpourris of operatic arias. However, the success of his operettas and ballets allowed his work to be regularly performed at the Opera Comique in Paris. His most well-known ballet Giselle codified many of the norms we see in ballet today-dancers in tutus and dancing on pointe. Despite the success of Giselle, Adam quarreled with Opera-Comique's newly appointed director and ruined the chances of his works' continued performances there. He successfully turned to journalism to supplement his income and continued to write for the rest of his life, even after settling his debts and returning to composition.

Alexander Scriabin (1872-1915) Prométhée, le poème du feu, Op. 60 The Russian composer and pianist Alexander Scriabin was one of the most creative, and yet simultaneously controversial, composers of his day. His Prometheus included instructions for a keyboard of lights, or color organ, an instrument that had not yet been invented. Scriabin originally wanted this instrument to engulf the entire concert hall with color. Unfortunately, this wasn't accomplished at the premiere in 1911. A performance in 1915 included colors projected on a screen, but this was still a shallow two-dimensional shadow of Scriabin's original intent. Although most modern scholars doubt his claim, Scriabin believed he had synesthesia, and associated certain colors with certain sounds. In his mind, the key of F-major was linked to hell and was blood red.

Marc-Antoine Charpentier (c. 1645-1704) Les Arts Florissants: Overture & Scene 2 A contemporary of Jean-Baptiste Lully, Marc-Antoine Charpentier has come to be acknowledged as one of the most gifted composers of the 17th century, and one of the few composers who was able to defy Lully's monopoly on French Opera at the court of Louis XIV. Through the influence of Charpentier's patron, Marie de Lorraine, who was Louis's cousin, many of Charpentier's operas were performed at the royal court during the winter season. French opera was a very mixed media affair, often more so than its Italian counterpart. The five act form included space for a variety of interludes: ballets that had nothing to do with the opera they were attached to, musical numbers, glorification rituals to the King, and the Tableau Vivant, in which actors and dancers recreated full scale versions of famous paintings and scenes from Greek Mythology.

Tan Dun (b.1960) Ghost Opera Ghost Opera mixes the myths and traditions of composer Tan Dun's native China with classic icons of western culture. A "Ghost Opera" is a Chinese shamanistic tradition that goes back over 4000 years in which spirits from the past, present, and future commune with one another. In Tan Dun's take on this ancient ritual, the western spirits of a Bach prelude and a line from Shakespeare's play, The Tempest, intertwine with old Chinese folk song. The work is a mix of theatre, music, and ritual, making it a perfect fit for tonight's show. Throughout the piece, the musicians not only play their instruments, but move in various rotations around the theater, stir bowls of water, employ paper and shadow work and strike gongs and stones, all with the intent to blur the line between the spirit world and our own.

Alexander Desplat (b. 1961) Fantastic Mr. Fox: Mr. Fox in the Fields Film director Wes Anderson is the embodiment of a mixed media autor, with the full scale of his vision incorporating film, set design, music, painting, theater, fashion, and graphic design. He added stop-action animation to that list with his 2009 adaptation of Roald Dahl's Fantastic Mr. Fox, and again in 2018 with Isle of Dogs. Although Anderson is deeply involved in the music for his films, for both of his stop-action features he enlisted the help of two-time academy award winning composer Alexandre Desplat for help with the original score. Desplat's music for Fantastic Mr. Fox, retains the twee quality of the source material, using bells, glockenspiel and toy piano, combined with instruments that evoke the countryside: banjo, mandolin, fiddle, and especially, the characteristic boing of the jaw harp, a favorite instrument here on Ether Game.

Sufjan Stevens (b. 1975) The Age of Adz Sufjan Stevens is probably most well known for his introspective albums about the midwest, blending folk and classical music into a unique style of indie rock. At one point he claimed he would write an album for every state in the US. However, Sufjan abandoned this ambitious project after experiencing a creative crisis upon completion of his multimedia orchestral work about the Brooklyn-Queens Expressway. His next full length album would not be about a US state but was instead titled The Age Adz, taking its inspiration from the drawings of Royal Robertson, an outsider artist and self-proclaimed prophet from Louisiana. Sufjan encountered this artist's work while composing music for a documentary about Robertson and says the drawings "became a springboard for music that evokes a visionary psyche." The album was a radical departure from his previous work, as Stevens replaced his trademark gentle folky melodies with glitchy, electronic soundscapes and heavily filtered vocals. A collection of Robertson's drawings accompany the album in its linear notes.