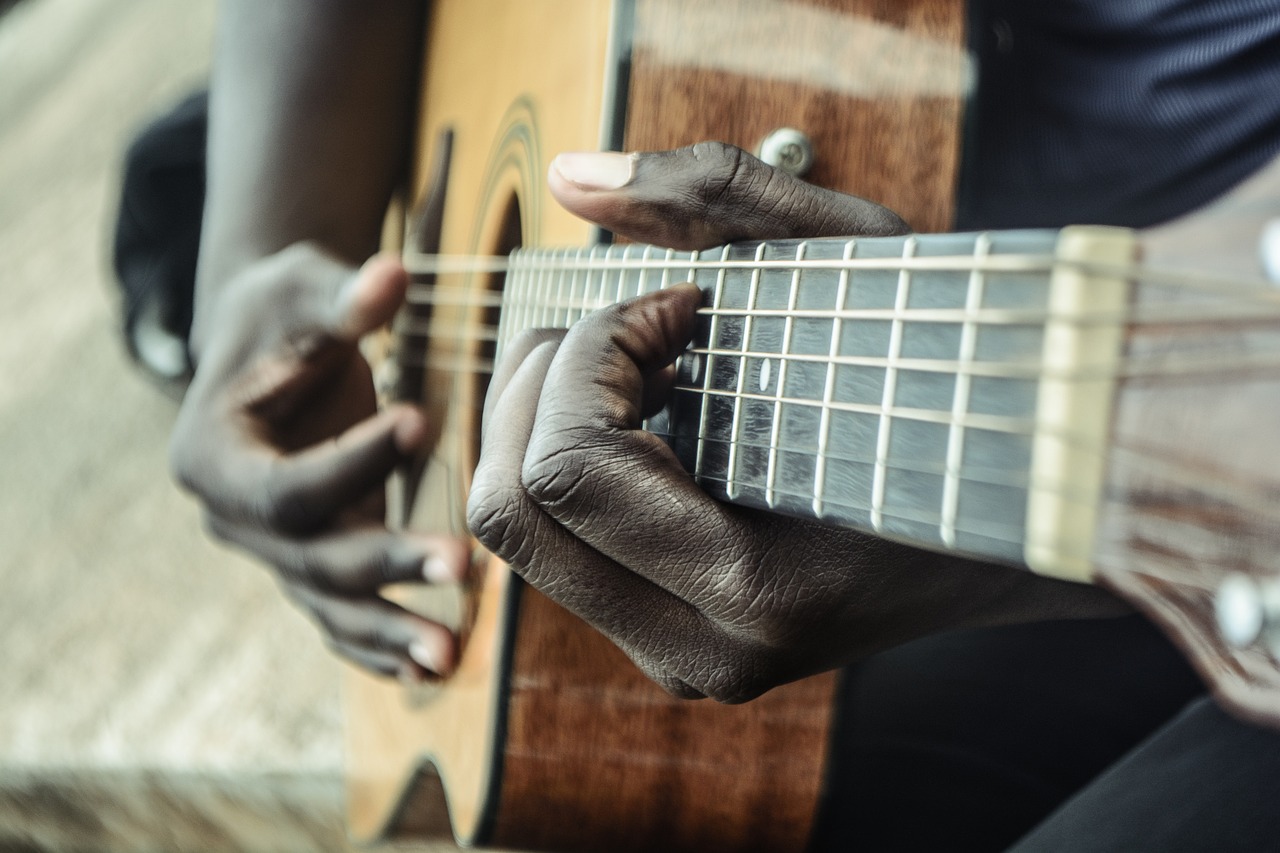 Since at least the 18th century, Black musicians have helped shape the western canon of classical music. As we celebrate Black culture and history for the month of Febraury, the Ether Game Brain Trust invited listeners to join them this week in a quiz and exploration of several Black composers and their best music. Browse the playlist below.

Scott Joplin (1868-1917) Peacherine Rag Scott Joplin was the undisputed “King of Ragtime.” He grew up in northeast Texas, but in 1894, he settled temporarily in Sedalia, Missouri and often performed at the local Maple Leaf Club, for which his most famous piece of music is named. Joplin helped to make ragtime a popular genre, especially among music publishers, but also guided the style out of barrell houses and dance clubs into the parlor culture of early 20th century America. One of the ways he did this was by giving his ragtime tunes more elegant titles, such as The Chrysanthemum, The Antoinette, and, The Peacherine, As a boy, Joplin was lucky enough to be able to study piano and harmony for free with a local German music teacher named Julius Weiss, and all though his rags are often traced to Jazz, he considered himself a classical composer, writing several operas alongside his chamber music, the only surviving s of which is titled Treemonisha.

William Grant Still (1895-1978) Afro-American Symphony William Grant Still was a twentieth-century American composer who achieved a number of “firsts”: his Afro-American Symphony was the first symphony by an African-American to be played by a leading orchestra – the Rochester Philharmonic – he was the first African-American to conduct a major orchestra, and the first to have an opera performed by an important company.  Inspired by his training from a diverse group of composers, including George Chadwick, Edgar Varese and W.C. Handy, Still started out his career on the east coast and for a time supported himself by playing the oboe in the pit band for the musical Shuffle Along. This might explain why the single melody in Still’s Symphony No. 1 is hinted at by the English horn before being dispersed throughout the symphony.  Supported by a Guggenheim Fellowship, Still moved to Los Angeles in the 1930s to devote himself primarily to serious music composition, like his operas Blue Steel and Troubled Island.

Duke Ellington (1899-1974) Black, Brown and Beige: Come Sunday The same year that William Grant Still wrote his Afro-American Symphony, Duke Ellington remarked, “I’m going to compose a musical evolution of the Negro race.” Twelve years later, in 1943, he finally achieved that goal. The 45-minute suite Black, Brown, and Beige isn’t a tone poem, but rather what Ellington called A Tone Parallel to the History of the Negro in America. It was originally conceived as a five-movement work titled BOOLA, and organized chronologically into Africa, Slaveship, Plantation, Harlem, and finale. Critical reviews of the final product were mixed, with some critics complaining about the length, calling it “formless and meaningless.” Jazz critic John Hammond even asked “Is Duke Deserting Jazz?” But the work has had an amazing legacy, inspiring similar musical histories of the African American Experience, including Oliver Nelson’s Afro-American Sketches and his Black, Brown, and Beautiful, and Wynton Marsalis’s Blood on the Fields.

Samuel Coleridge-Taylor (1875-1912) Romance in G for Violin and Orchestra, Op. 39 Samuel Coleridge-Taylor was born in London in 1875; his mother was English and his father was a doctor from Sierra Leone. Some biographers have suggested that the composer’s mother received aid from a member of the poet Coleridge’s family after her husband deserted her, but evidence for this connection is tenuous. Coleridge-Taylor studied violin, composition, and conducting at the Royal College of Music, earning the nickname “The English Brahms” for his early compositional style. In 1910, New York orchestral musicians described Coleridge-Taylor as “The Black Mahler” in recognition of his excellent conducting, but also inadvertently acknowledging the racism that permeated early 20th century American society, even in the entertainment business. The composer first rose to fame with a cantata based on a Longfellow poem, and it came as no surprise when he named his first-born son Hiawatha.

Francis Poulenc (1899-1963) Metamorphoses, FP 121: II. 'C'est ainsi que tu es' On any list of influential black classical musicians,  Leontyne Price deserves a spot near the top. She began her professional career singing recitals with Samuel Barber, premiering several of his chamber pieces, but anybody who heard her voice could tell that Price belonged on the opera stage full time. Emerging onto the opera scene in 1955, after a spellbinding, televised performance of Tosca in which she was the first African American to play the leading role in televised opera, she began a prestigious career as an operatic soprano, landing a contract with the Metropolitan Opera in 1958. Price was not the first African American to sing at the Met, but she was first in a prima donna role and the first to be a box office star. By the mid 80s, after 30 years of performing at the top of her field, Price retired from the stage, occasionally giving concerts and teaching masterclasses at Julliard.

David Baker (1931-2016) Jazz Suite for Clarinet and Orch. David Baker was a Distinguished Professor of Music and the Emeritus Chair of the Jazz Studies Department here at IU.  His  Jazz Suite, written to feature the Akron Symphony and clarinetist Alan Balter, consists of three movements influenced by dance forms ranging from jitterbug to calypso.  A virtuosic musician, Baker served as Artistic Director and Conductor of the Smithsonian Jazz Masterworks Orchestra.  In 2000, he, along with Donald Byrd and Marian McPartland, was presented the National Endowment for the Arts Jazz Master Award.  While we knew Baker best as a cellist, he began his musical career playing the trombone, studying with such notable musicians as J.J. Johnson and Bobby Brookmeyer.

Joseph Bologne Chevalier de Saint-Georges (1739-1799) Violin Concerto in D, Op. 3, No. 1 Joseph Bologne Chevalier de Saint-Georges was born in the French colony of Guadalope, though he took his first violin lessons while living in Saint Domingue (now Haiti). His birth was the result of an affair between his father, a wealthy planter, and a woman of African descent named Anne, who was forced to work as a slave. Chevalier’s  life was drastically changed at the age of 10 when he moved with his mother and his father to Paris for his education. There, he studied riding, dancing, swimming, fencing, and skating.  He became a master swordsman, and also pursued studies as a violinist and composer.  He was a respected soloist and orchestral violinist.  He eventually became the director of the Concerts de Amateurs, an orchestra in which he had played violin. It was in this role that he commissioned Haydn’s famous “Paris” Symphonies, Numbers 82 through 87

Thomas 'Blind Tom' Bethune (1849-1908) Cyclone Galop Blind Tom was one of the few slaves who achieved freedom through music, but his freedom was far from what we’d consider to be “free.” Blind from birth and likely mentally impaired, Thomas Wiggins was bought as an infant by Georgia slave owner General James Neil Bethune in 1849. His prodigious talent was recognized early on, and Blind Tom became a national sensation. He performed at the White House for President James Buchanan, and worked in a traveling P.T. Barnum-type show showcasing his amazing piano skills, although often being promoted through cruel racial stereotypes. He wrote original music and could recall thousands of songs from memory. Blind Tom’s talent was so great, that he ended up becoming the highest paid pianist of the 19th-century. However, much of that money went to the Bethune family. Despite his 19th century fame, Blind Tom’s legacy had eroded by the 20th century, and he was buried in an unmarked grave

Gil Scott Heron (1949-2011) The Revolution Will Not Be Televised After he began writing poems as a teenager, Gil Scott-Heron was primarily a spoken-word performer, using his poetry to highlight the plight of Black Americans and the inequalities of life in the early 1970’s. His most well known piece The Revolution Will Not be Televised, which features a popular slogan from the Black Power movement, originally appeared accompanied by congas and bongos on his debut album of recitations Small Talk at 125th and Lenox. A re- recorded version of The Revolution Will Not Be Televised was released in 1971, set to a full band accompaniment, and signaled Scott-Heron’s movement towards writing more song-oriented material, collaborating with musician Brian Jackson to blend blues, jazz, and soul with Scott Heron’s social-injustice conscious lyrics. Gil-Scott-Heron continues to influence Black musicians, who cite him as an important progenitor of rap music.