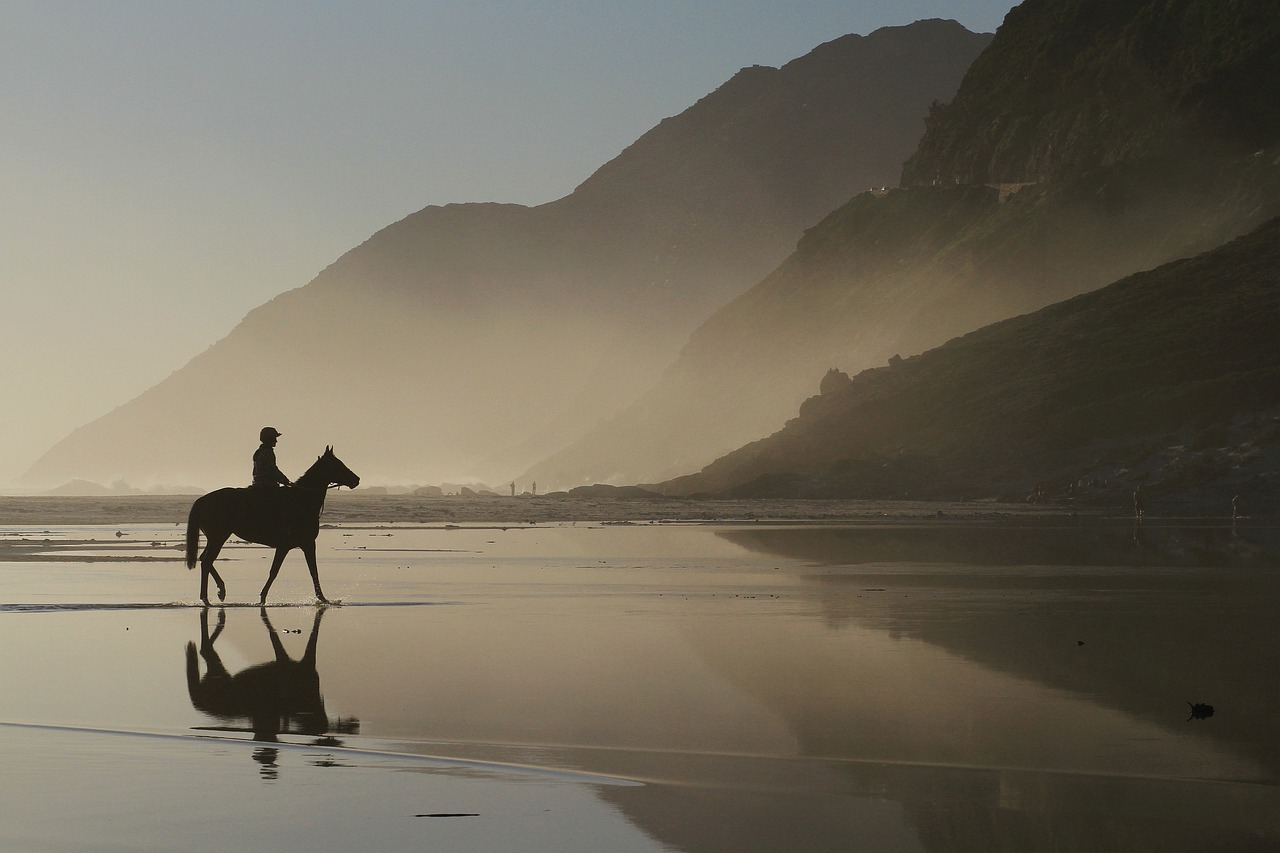 This week on the show, we know you won’t be saying neigh to the team of exquisitely equine musical selections we have for you. Browse our horse themed playlist below!

Giuseppe Verdi (1813-1901) Aida: Grand March and Ballet Music Giuseppe Verdi’s grand opera “AIDA” premiered in CAIRO, Egypt in 1871. Contrary to popular belief, the opera was not written to celebrate the opening of the Suez Canal in 1869, nor that of CAIRO’S Khedivial Opera House (which opened with Verdi's Rigoletto) in the same year. Verdi had been asked to compose an ode for the opening of the Canal, but refused on the grounds that he did not write "occasional pieces."Aida remains a staple of the operatic repertoire at any theatre brave enough to stage it. The tradition remains in larger halls that during the Grand March, real animals are paraded across the stage along with the cast of characters. The Met, for example, uses live horses for its Aida productions. Audiences always applaud when they appear on stage. Several critics have marveled at how patient the horses at the Met seem to be, able to wait through entire scenes with only the occasional flickering of their ears.

Franz von Suppé (1819-1895) Light Cavalry: Overture Although Franz von Suppé wrote dozens of operettas, he is perhaps best known for his overtures. Suppé wrote a number of musical farces for the Viennese stage, and his works today are favorites mostly of pops orchestras. Composed in 1866, the Light Cavalry Overture comes from Suppé’s two-act comic operetta with a libretto by Karl Costa. The operetta is set in the 18th century amid the court intrigues of a Baron and his Hungarian Countess lover, whose BALLET COMPANY is referred to as the ‘light cavalry’. Von Suppé plays up this nickname even further by kicking off the overture with a bugle call known in the 18th century as “the charge.” When heard from a military bugler, it would have signaled the horse-mounted soldiers to charge into battle. Von Suppé treats the bugle call as a theme, using the rest of the overture to develop the simple melody into more complicated musical ideas.

Arthur Sullivan (1842-1900) The Gondoliers: Act 1: "My Papa, He Keeps Three Horse" "Thank you Gallant Gondoliers" Of the twelve operettas that were produced by Gilbert and Sullivan, The Gondoliers was the last to achieve widespread popularity, and premiered at the Savoy Theater in London in 1889. Gilbert and Sullivan returned to one of their favorite premises for this production: satirizing Victorian Era class and legal structures. The plot follows two recently married Venetian Gondoliers who are informed that one of them is the new king of the fictional kingdom Barataria. Complications ensue when their foster mother cannot remember which son is to ascend the throne. Of course, because it is a Savoy opera, by the end of the show and after much squabbling, the true identity of the king is revealed and all turns out astonishingly well for everyone.

Franz Schubert (1797-1828) Grazer Galopp in C, D. 925 Since the Renaissance, some dances have developed an amount of programmatic flare. The Canarie, for example, was named for a hopping dance done by the people of the Canary Islands.  The Tarantella was famously associated with the dance done by victims poisoned by a spider bite. The galop, as you could probably hear in this short work by Schubert, mimics the galloping of a horse. The dance was first introduced in Viennese ballrooms  in the 1820s as a companion to the waltz,  right around the time that Shubert was at the height of his short career. The Grazer Galopp is named for Graz, the second largest city in Austria after Vienna. Shubert was invited to the city in 1827 by Karl Pachler, a prestigious lawyer who was known for hosting elaborate salons attended major actors, singers, scholars, and artists who passed through the city.

Frederick Loewe (1901-1988) Ascot Gavotte My Fair Lady is a musical adaptation of George Bernard Shaw’s play Pygmalion, where Henry Higgins transforms Eliza Doolittle from a flower girl into a well-mannered lady. As a trial run to test her manners and diction in public, Professor Higgins brings Eliza to the Ascot racecourse, where she charms Higgins’ mother and her friends with an impeccable accent, though Eliza’s grammar still needs some work.  However during a particularly exciting race she resorts to her cockney accent to spur on a horse, causing a minor scandal. The Ascot Gavotte opens the scene, where posh aristocrats stroll about in a satire of exaggerated elegance and refinement. In the sumptuous 1964 film adaptation of My Fair Lady, the elaborate costumes glorifying Edwardian taste made this scene iconic, and won the production’s costume designer Cecil Beaton an academy award.

Reinhold Glière (1875-1956) The Bronze Horseman: Suite When Alexander Pushkin first wrote the poem The Bronze Horseman, inspired by the bronze statue of Peter the Great in St. Petersburg, the poem was censored by the Russian government, who took issue with Pushkin’s previous political writings. Not until after Pushkin’s death in 1837 (he was shot in a duel) was the poem published in its entirety. It was massively successful and remained influential toward various art forms through the Soviet era. Reinhold Gliére based a ballet and orchestral suite on the poem in 1948, and though the plot of the Bronze Horseman is ultimately tragic, Gliére manipulated the story to glorify the city of St. Petersburg. The Soviet Union even adopted a melody from the ballet called the “Hymn to the Great City” as the official anthem of St. Petersburg. And though the lyrics have changed through the years, Gliére’s music is still used today for St. Petersburg’s national song.

Giuseppe Tartini (1692-1770) Violin Concerto in F, Op. 1, No. 5 Giuseppe Tartini gained a reputation as one of the finest violinists in the world. His playing was so impressive that in 1721 he was appointed director and first violinist at the basilica of San Antonio in Padua without having to undergo the usual examinations. His compositions weren’t too shabby either. He composed several hundred concerti, many of which he personally premiered. Tartini was so famous that upon his death, individual strands of hair from his violin bow were auctioned off by his estate. These would have been strands of horse hair, about 120-some strands to sell. Tartini helped popularize a new type of violin bow that had a wider band of horsehair than bows from the early baroque period. This new bow, often called a Corelli/Tartini bow, was more varistile and showed a slightly less extreme version of the concave form that we now associate with modern violin bows.

Chen Gang (b.1935) The Hungry Horse Rattles His Bridle Chen Gang comes from a long list of composers who write Chinese music within the tradition of western art music. Learning composition and piano from his father in the 1950’s, Chen Gang has written mostly “absolute music” such as sonatas and concertos. However his later work follows more traditional Chinese titles and themes with a greater use of pentatonic scales and inspiration from Chinese opera and literature. This piece for violin and orchestra, based on a popular Chinese song, doesn’t follow a specific narrative. Rather the title and theme of the piece evoke a contemplative mood and subtle atmosphere, similar to the nature scenes and mountain landscapes in an ink painting.

Don Covay (1936-2015) Pony Time (1961) When Ernest Evans released his first commercial recording on Cameo-Parkway Records in 1960, he took the name Chubby Checker as a play on the name of early rock n roll pianist Fats Domino. That recording, which would become his most signature song and define his career, began a dance craze in the early 60’s for The Twist. Capitalizing on the popularity for songs you could easily dance to, Chubby Checker released a string of singles all based around dances including “The Fly” “Limbo Rock” “Let's Twist Again” and “Pony Time.” Though it is actually a cover from a record by an early vocal group known as The Goodtimers, Pony Time became Chubby Checker’s second single to reach # 1 on the US charts, and, after the Twist, codified the Pony as one of the most defining dances of the 60’s.